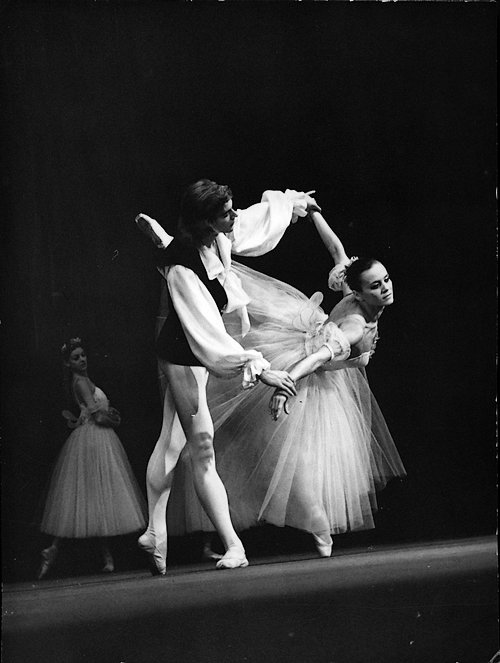 Fokine was one of the first choreographers to employ Chopin’s music in ballet, and the piece is one of the treasures of the canon of classical repertoire. The first version of Chopiniana was staged at the Mariinsky Theatre in early 1907 to Alexander Glazunov’s orchestral suite made up of selected Chopin pieces. It was not until the following year (8 March 1908) that the ballet received its final, neo-romantic choreographic form after the suite was altered by adding new Chopin pieces orchestrated by conductor Maurice Keller. The ballet was then shown a few times in St. Petersburg under different titles: Danses sur la musique de Chopin, Reverie romantique, or Grand pas sur la musique de Chopin.

Outside of St. Petersburg, the new version was presented on 6 December 1908 at the Teatr Wielki in Warsaw (!). Titled Chopiniana, the production was staged with Polish dancers by Michel Fokine himself. The title was retained for further stagings in Russia. In 1909 the ballet was re-named Les Sylphides by Sergei Diaghilev on the occasion of Russian dancers’ first guest performances in Paris, and it is the title under which the piece is known today in Western Europe and America. Here, at the Teatr Wielki it was used in 1975, 1981, and 2000. This autumn the ballet will be shown under the original title it was once given by Fokine.

The production is to open on 25 November 2016, yet the rehearsals are already under way. The audience will be treated to the version of music and choreography that has been performed with reverence on Russian stages for the past hundred years. Working on Chopiniana with the artists of the Polish National Ballet is a pair of former soloists of the Bolshoi: Alexei Fadeyechev and his wife Tatyana Rastorgueva. Fokine’s famous choreographic evocation of romantic ballet will be shown against the backdrop of the now historic scenic painting of our prominent stage designer Andrzej Kreutz Majewski, while the dancers will be clad in stylised costumes reconstructed for us based on traditional designs by Tijana Jovanović. Chopin’s pieces orchestrated by Alexander Glazunov and Maurice Keller will be performed by the Orchestra of the Teatr Wieki – Polish National Opera under Marcin Nałęcz-Niesiołowski. (pch)