Yuka Ebihara and Maksim Woitiul of the Polish National Ballet have guested in a series of premiere performances of The Nutcracker at Opera Nova in Bydgoszcz. 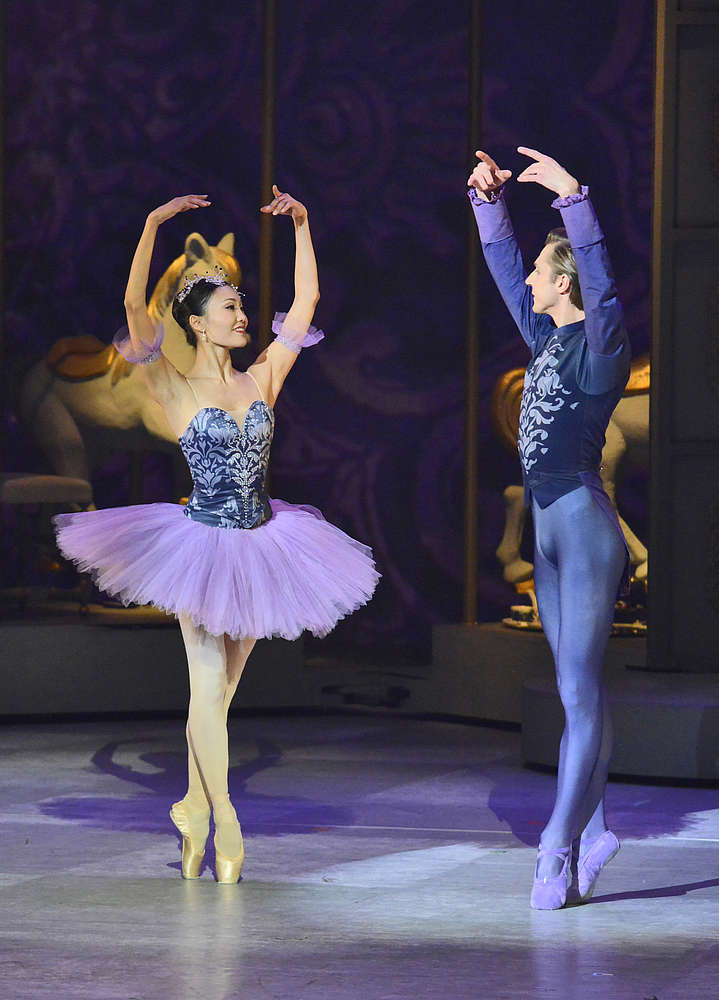 The choreography is the work of Canada’s Paul Chalmer, while the set was designed by Mariusz Napierała. The production’s music director is Maciej Figasa. The PNB’s dancers performed in the premiere on 24 October and three subsequent shows. ‘They have been one of the show’s highlights,’ read a review in ‘Express Bydgoski’. ‘Gazeta Pomorska’ wrote: ‘When Yuka Ebihara as the Sugar Plum Fairy appeared on the stage in the second act, we understood what dreamlike dance is. Maksim Woitul was a great partner for her. Praise should go to director Maciej Figas for inviting the Polish National Ballet’s soloists to come and perform here.’

An even more enthusiastic review appeared on teatrdlawas.pl: ‘The Sugar Plum Fairy’s dance is ideally harmonised with music, to the point of embodying it. Although I’m not sure we can talk about a body anymore here: the dancer seems to be a creature of light and mist. Her subtle movements merge with the ethereal gracefulness of the bells, while her arabesques float on the notes of the clarinet. What Yuka Ebihara, soloist of the Polish National Ballet, displays while dancing the Sugar Plum Fairy in The Nutcracker in Bydgoszcz is beyond words. Dancing en pointe, she moves around the stage with almost invisible little steps, swirls in pirouettes, and rises up with an elf’s lightness to perform midair splits. The fairy’s out-of-this-world quality is highlighted with the special lighting: her link to the mystical reality is symbolised with violets.’ (pch)