The upcoming premieres of these two operas at the Teatr Wielki – Polish National Opera will be co-productions with the Metropolitan Opera in New York. 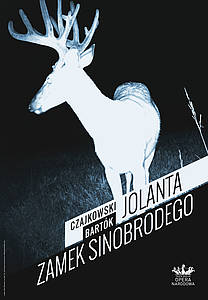 Both Iolanta and Bluebeard’s Castle were staged at the Teatr Wielki many years ago. Tchaikovsky’s opera was even produced twice: the first time just five years after the world premiere, in 1896, and the second time in 1955. Warsaw audiences were given the opportunity to hear Bartók’s opera in 1963.

Both works were favourably received by audiences and critics alike, everyone enjoyed the productions in terms of the music as well as the staging itself. It is worth remembering that the 1955 premiere of Iolantawas prepared by the theatre’s director at the time, Prof. Walerian Bierdiajew. The authors of the production of Bluebeard’s Castle were Aleksander Bardini (director), Tadeusz Kantor (stage designer) and Bogdan Wodiczko (musical director). The singers of the leading parts included Alina Bolechowska (Iolanta), Edmund Kossowski and Bernard Ładysz (René, king of Provence; Duke Bluebeard), Krystyna Szostek-Radkowa (Judith). In 1999 Bartók’s opera was staged under the musical direction of Jacek Kaspszyk, with Janusz Kijowski as the director and Andrzej Kreutz Majewski as the designer. Judith was sung by Eva Marton, Małgorzata Walewska and Agnieszka Zwierko, while Duke Bluebeard was portrayed by Michály Kálmándi and Włodzimierz Zalewski.

The upcoming premieres of these two operas at the Teatr Wielki – Polish National Opera will be co-productions with the Metropolitan Opera in New York. They are the work of Mariusz Treliński, Borys Kudlička and Valery Gergiev, the same trio who staged another diptych – Iolanta and Rachmaninov’s Aleko– at the Mariinsky Theatre in St. Petersburg in 2009. Iolanta was sung by Anna Netrebko and the show was recorded on DVD. That bold and controversial production was widely commented upon and judged by the press world-wide.