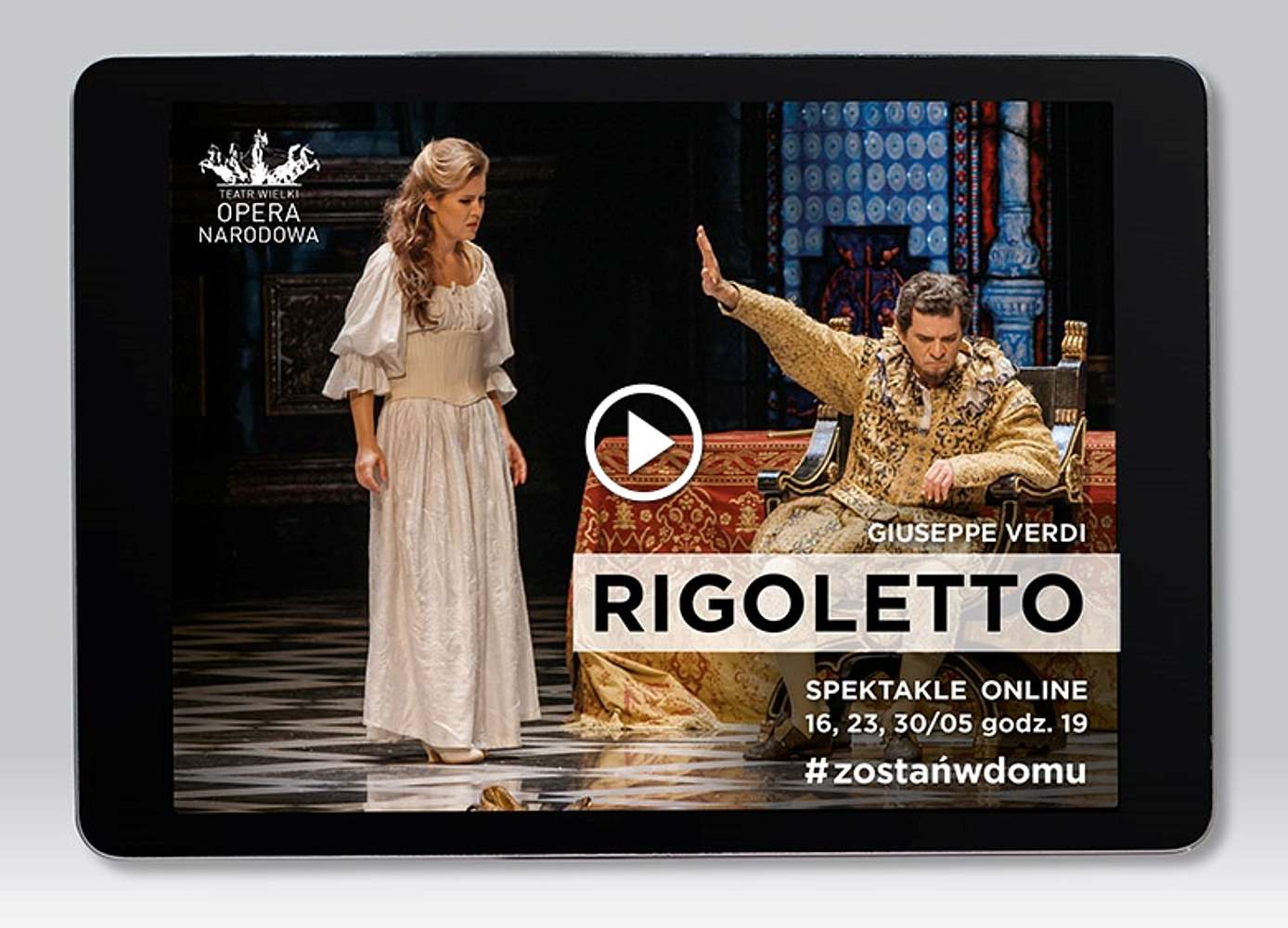 On three consecutive Saturdays, 16, 23 and 30 May, at 7 p.m. CET we will treat music lovers to our production of Rigoletto on vod.teatrwielki.pl for free.

The three-act opera is an international classic. With its its lavish scenery and costumes, the Warsaw production has been attracting opera lovers to the Polish National Opera for years.

The streams are sure to delight, especially those who favour more traditional opera stagings. To give justice to the iconic masterpiece, director Gilberto Deflo created a compelling classical production that stands out for its masterly attention to detail. The lavish sets are the work of Ezio Frigerio, while Franca Squarciapino is the woman behind the opulent constumes.

Originally titled La maledizione (The Curse) by the composer, the piece was given its debut at the Gran Teatro La Fenice in Venice in 1851. It tells the vibrant, romantically dramatic story of court jester Rigoletto, his daughter Gilda, and the Duke of Mantua taken from Victor Hugo’s play Le roi s’amuse.

Leading the Warsaw cast are Jorge Lagunes in the title role, Ho-Yoon Chung as the Duke, and Aleksandra Kubas-Kruk as Gilda. Maestro Patrick Fournillier conducts.