Legendary Georgian folk ensemble will perform at the Teatr Wielki on 28 February. 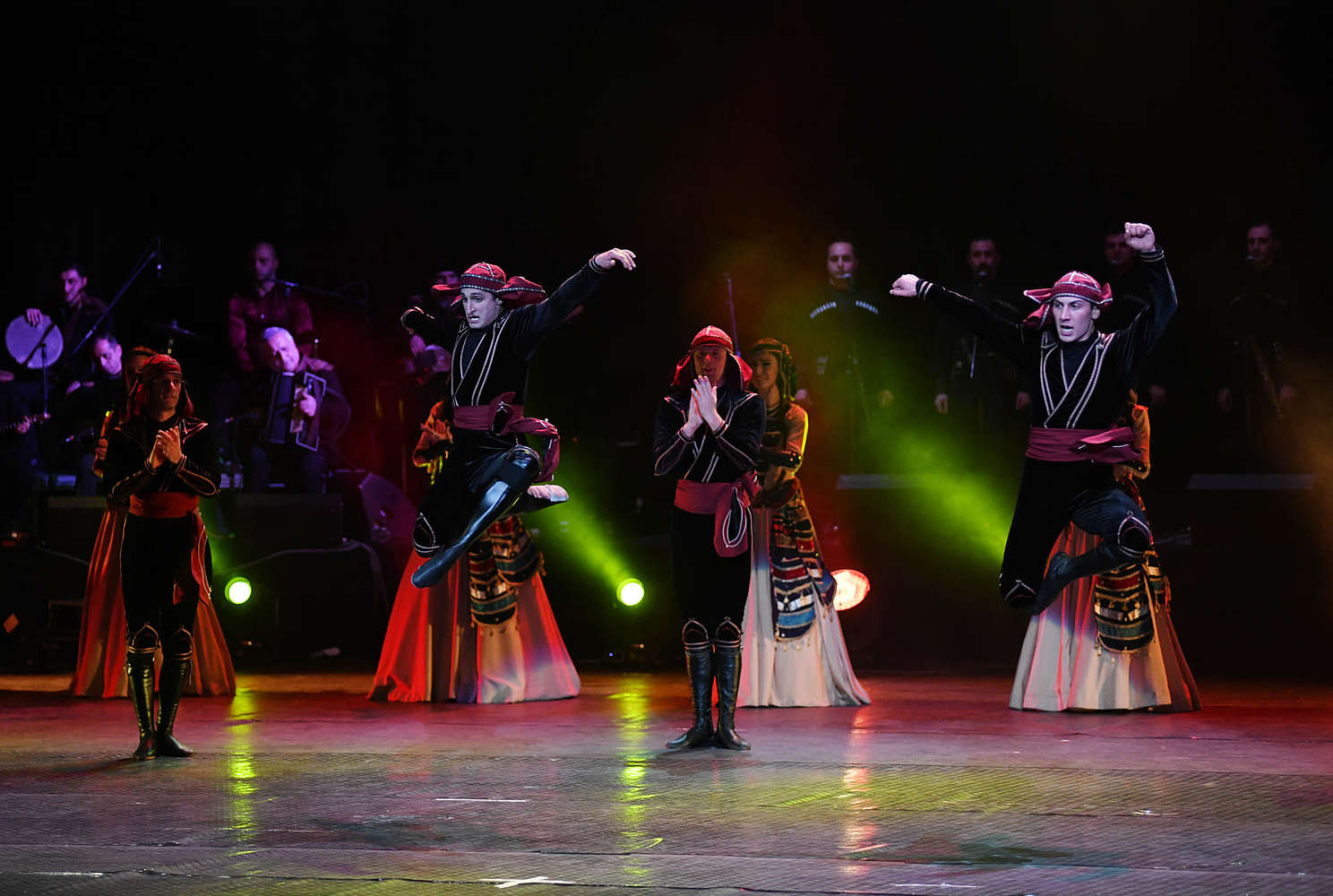 The Rustavi Ensemble has been treating international audiences to Georgian songs and dances for over 50 years.

Raw energy of Caucasus-born men, enactments of real sabre duels, acrobatics, and tender subtlety of beautiful women who seem to glide in their colourful costumes – this is what makes the ensemble’s shows so thrilling. Each dance and song resound with the history of the nation or one of its regions or towns.

Ever since it was founded, Rustavi has given around 8,000 performances in over 80 countries, including the world’s leading concert venues and opera theatres.

‘If you have never heard the stunning polyphonic sound of Georgian choirs, the 10-member chorus here offers remarkable range. The individual parts of the call and response in the antiphonal songs as well as the intricate counterpoint are heard as clearly as if they were sung in the mountain air. (…) The Georgians are a mountain people from the Caucasus and it is easy to stereotype their dances as warlike for the men and modest for the women. The Rustavi group bends these rules without breaking them, signifying an awareness of cliches that may no longer hold water.’ (New York Times, 7 April 1990)

In 1990 Rustavi performed at the Oscars ceremony, earning a thunderous applause.