The Polish National Opera is joining the nationwide Senior-Friendly Weekend with Culture campaign on 1–2 October 2022. If you are over 60, you can get tickets to all the events for 1 zloty. 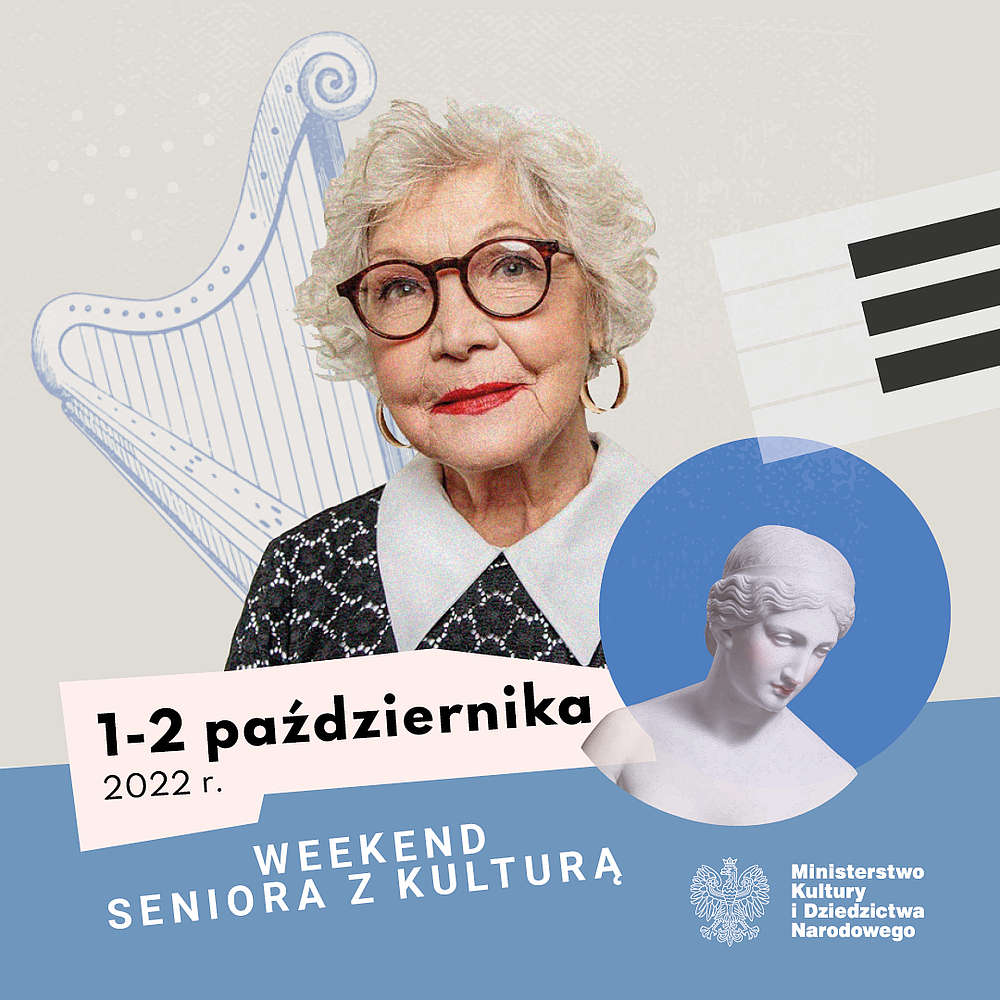 The lecture will cover the fundamentals of opera as a work of music and a stage show. We will discuss the role of professionals who make opera happen: singers, orchestra musicians, conductors, as well as those who work behind the scenes, from stagehands to shoemakers. The participants will be invited to take an active part in the class, while two opera soloist will present how singers warm up their voice. This will be followed by a mini recital of the most beautiful and best known arias.

Tickets go on sale on 19 September at 11 a.m. and are available on a first come, first served basis.

11 a.m
Młynarski Hall
What is a conductor for?
A lecture and workshop by Marta Kluczyńska (in Polish)

The lecture will shed light on the many aspects of conducting and will conclude with a workshop for the participants.

‘What is a conductor for?’, ‘After all, everybody in the orchestra has their own sheet music’, ‘They are not even looking at the conductor’, ‘A woman conductor?’ – these are among the most frequently asked questions regarding the role of an orchestra conductor. In its first part, the lecture will address them all, covering the responsibilities that come with the job and qualifications that a conductor must have, with particular emphasis on those that are not in plain sight during a concert or show. As part of a practical exercise, the participants will try clapping or singing as directed by the conductor, which is akin to what orchestra musicians or choristers do when preparing and performing a work of music.

In the second part, we will be joined by two pianists who will play piano reductions on two pianos to imitate a symphony orchestra (which is what happens during conducting studies or rehearsals at opera houses), giving the participants a chance to conduct a piece of music. Apart from the conducting technique, their workshop will also introduce the attendees to dynamics, tempo, articulation, communication with the orchestra, and interpretation.

The meeting with conclude with a Q&A session. Duration: 90 minutes. Tickets go on sale on 19 September at 11 a.m.

3–4 p.m. and 4:15–5:15 p.m.
Theatre Museum (downstairs foyer)
Curator’s tour of the exhibition Beyond ‘Aida’: Egyptomania on Polish stages with Katarzyna Wodarska-Ogidel (in Polish)
More about the exhibitionTickets go on sale on 19 September at 11 a.m. and are available on a first come, first served basis.