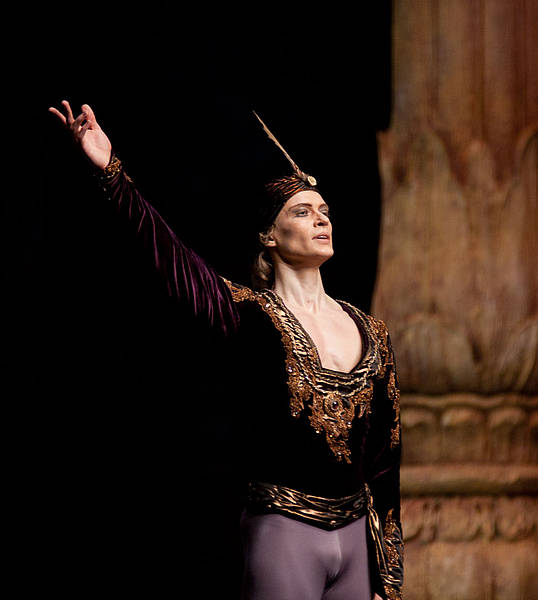 He has decided to continue his career closer to his home city of St. Petersburg – at the Finnish National Ballet in Helsinki.

A graduate of the Vaganova Russian Ballet Academy, he was a dancer with the Mariinsky Theatre and a guest principal dancer of the Russian Seasons Ballet in St. Petersburg, and spent four and a half seasons with the Polish National Ballet. He danced leading roles in the great classical repertoire: La Bayadère, Swan Lake, The Sleeping Beauty, The Nutcracker and the Mouse King, Cinderella and A Midsummer Night’s Dream. He also performed in the ballets of Krzysztof Pastor (Kurt Weill, Tristan, In Light and Shadow, And the Rain Will Come…), Patrice Bart (Chopin: The Romantic Artist), Alexei Ratmansky (Anna Karenina), Emil Wesołowski (Romeo and Juliet, Kisses), Jacek Tyski (Afternoon of a Faun) and William Forsythe (Artifact Suite). He was the first performer of the part of Abel in Emil Wesołowski’s Cain and Abel and of one of the main parts in Ashley Page’s Century Rolls, and this season he also danced the title role in Jacek Tyski’s Hamlet. He performed with the Polish National Ballet in Seville and Barcelona as well as Poznań, Bydgoszcz, Kraków and Sanok.

Our best wishes to the artist for many future successes, both in Helsinki and at other theatres around the world.