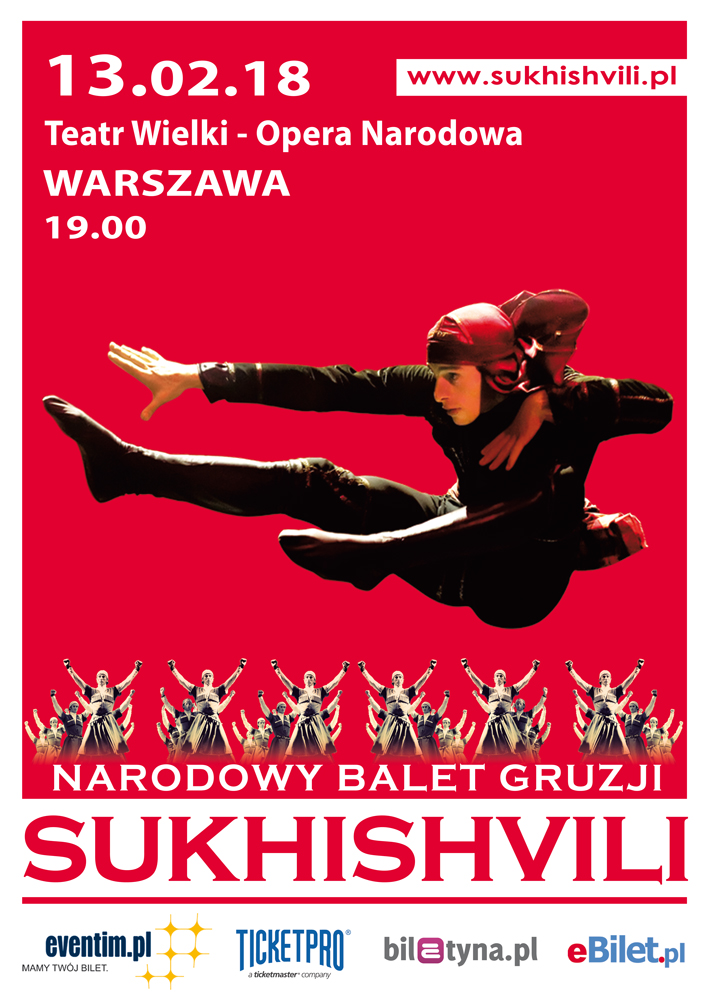 The Sukhishvili Georgian National Ballet is one of the world’s largest dance companies having its own orchestra. It has completed 300 international tours, visting five continents and 90 nations 11 times. They have given thousands of performances watched by tens of millions of people around the globe.

Their performance in New York has been deemed ‘the best show on Broadway’, in Australia they have been named ’the eighth wonder of the world’, while at La Scala they received 14 curtain calls, breaking Enrico Caruso’s record of 11.

The Sukhishvili Georgian National Ballet was founded 70 years ago. Their repertoire consists of traditional Georgian dances spiced up with spectacular new sequences that bring together mesmerizing folk and contemporary steps.

The company continues to refresh and update its programme. The current European tour features the newest version of the show, brimming with emotion and energy.