Our latest publication celebrating 50 years of the Teatr Wielki’s reconstruction after World War II has just gone on sale! Richly illustrated, written in Polish and translated into English, Teatr Wielki 50/50 may be bought at Opera Gallery from Thursday to Sunday, 10 am–5 pm. 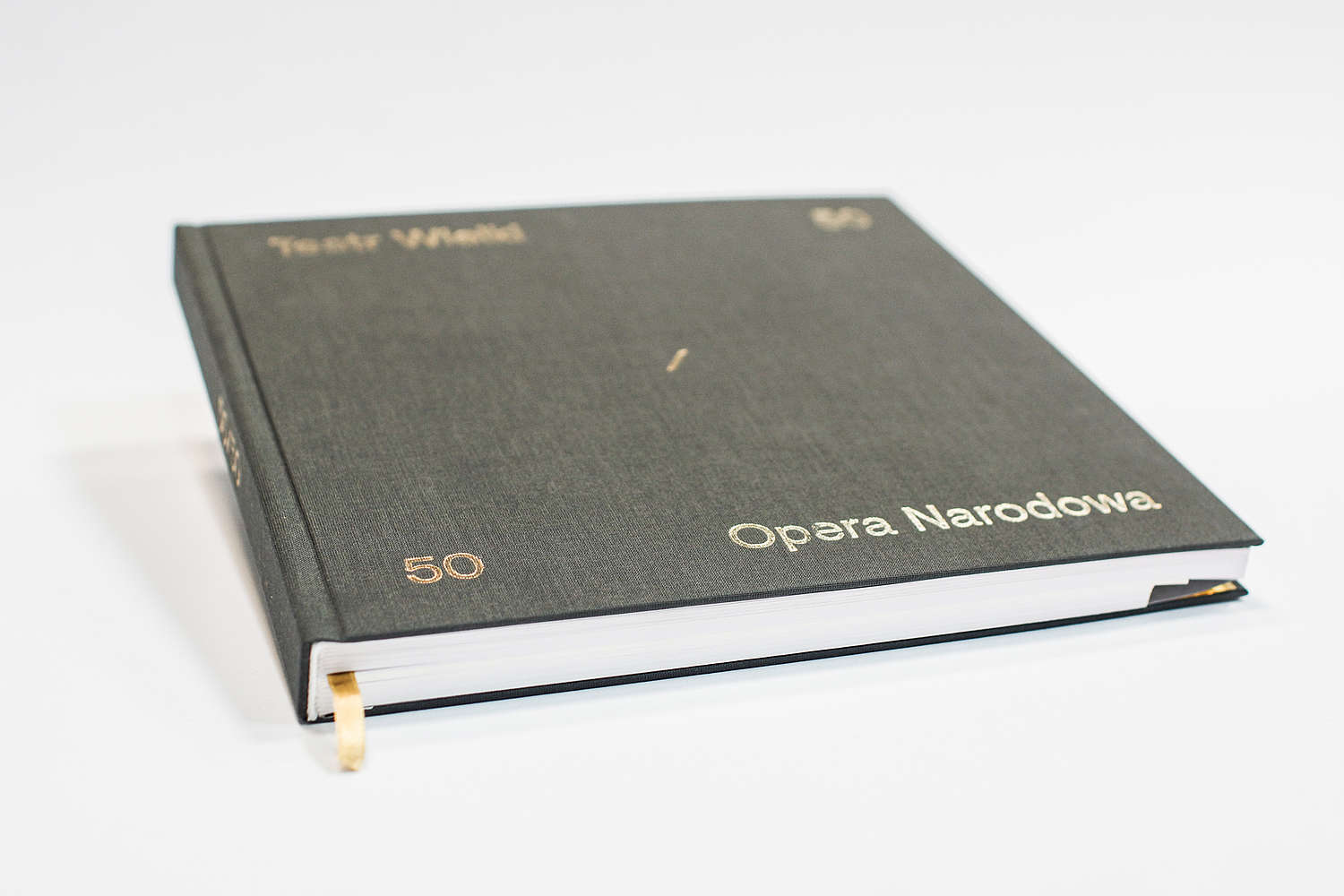 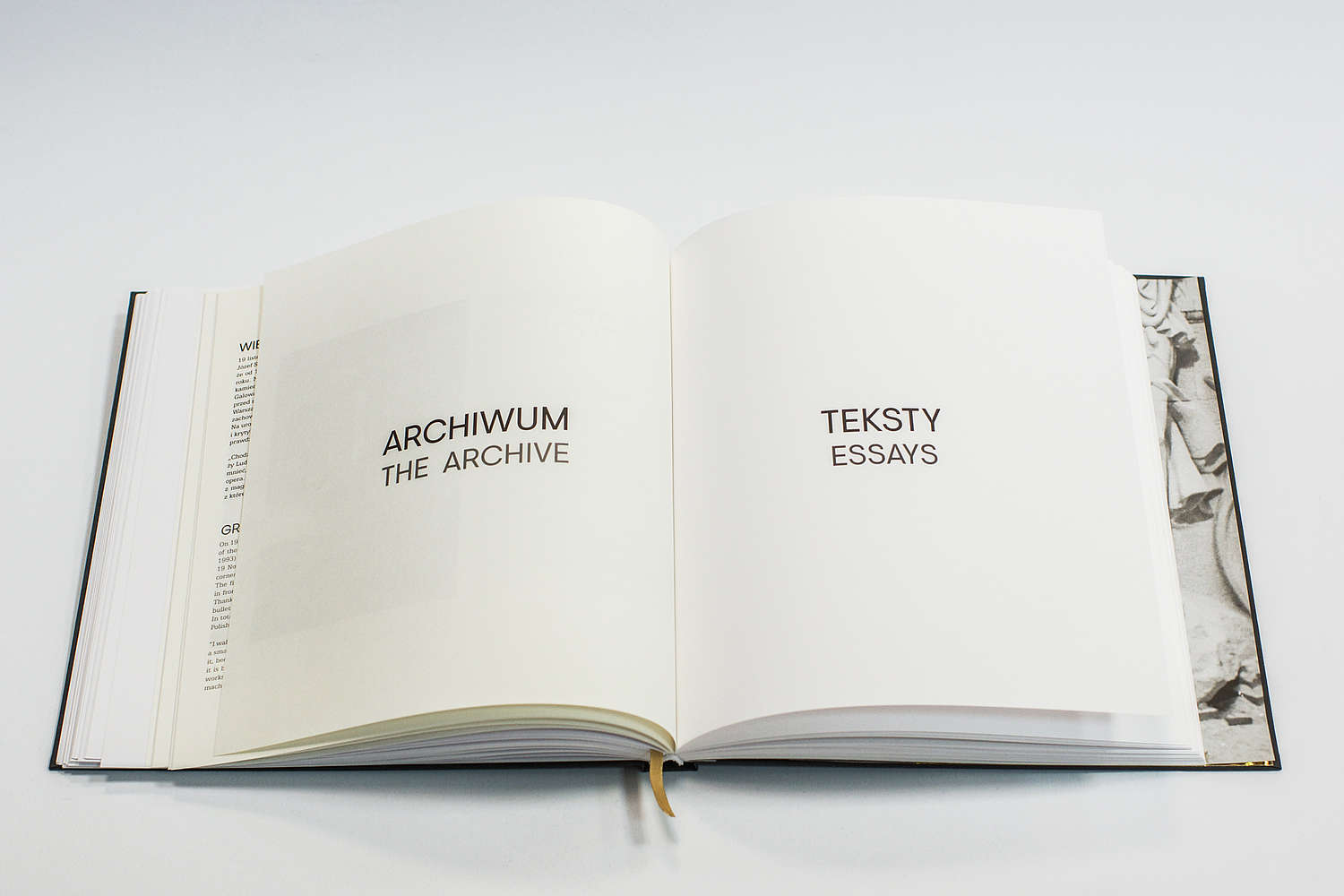 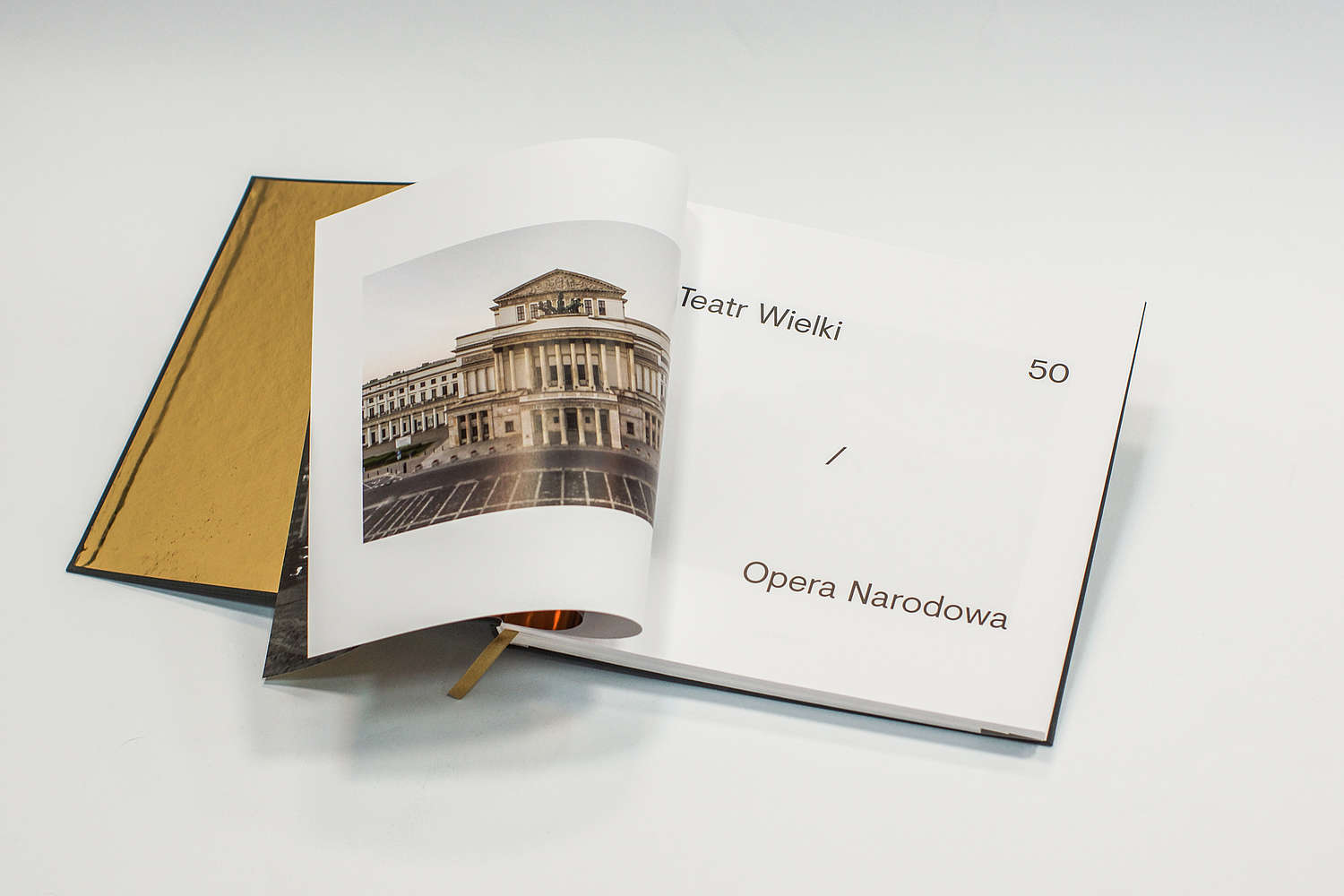 Teatr Wielki 50/50 is not only a monograph of the institution; it is a collection of corresponding artistic reflections, tales that will move the imagination of the readers; it is a journey in the course of which impressions meet personal experiences, anecdotes meet facts, essence meets digression.

The layered structure of this book is not merely an aesthetic device but a visualisation of the adopted rhythm and the fusion of the different author’s contributions into one whole. It is also an intentional reference to the character of opera – a genre that integrates a plethora of artistic disciplines. Thus, it reflects the complex history and identity of the Teatr Wielki.

A series of photographs by Nicolasa Grospierre, a collection of essays, and an archive documenting the reconstruction process – these three elements guide the readers on their tour around the theatre building, lending them the eyes, knowledge, memory, and imagination of the authors.

The book opens with Nicolas Grospierre’s 50/50 series, namely fifty photographs showcasing the architecture of the Teatr Wielki – Polish National Opera commissioned to celebrate the 50th anniversary of the building’s reconstruction. The pictures document the sumptuous, multi-dimensional space of the Theatre, drawing attention to its most captivating elements.

The reader’s imagination, stimulated by the photos, will be further inspired by the essays contributed by Beata Chomątowska, Sylwia Chutnik, Adam Mazur, Bogusław Kaczyński, and Jarosław Trybuś. Take time to read vivacious, passionate reminiscences about the artists who have been part of the theatre in the past fifty years, presented expressively by Bogusław Kaczyński. The theatre and its entourage is a mosaic of prominent personalities and extraordinary moments that made 1, Teatralny Square a synonym of the highest artistic merit back again.

Beata Chomątowska devotes her animated documentary piece to Bohdan Pniewski, one of the greatest architects of the 20th century and the man behind the Theatre’s reconstruction. Corresponding with her text is an outline of Pniewski’s vast oeuvre furnished by Jarosław Trybuś. Adam Mazur’s essay allows the reader a different perspective on Nicolas Grospierre’s photos, while Sylwia Chutnik presents the Theatre in a slightly oneiric, fairytale guise.

Last but not least, the publication includes The Archive, a selection of sketches and photographs charting the progress of the Teatr Wielki’s reconstruction and relevant commentary. It is a thrilling retrospective journey. The rarely displayed, historical photographs transfer the reader back to the 1950s and 1960s. Together with the contemporary photos, these archive materials produce a comprehensive image of the Theatre’s last fifty years. We can also hear from the witnesses of the events: Antoni Słonimski, Tadeusz Gronowski, Jan Koszczyc-Witkiewicz, or Zygmunt Mycielski.

The book complements the exhibition of Nicolas Grospierre’s photographs 50/50, displayed in the Upper Foyer of the Teatr Wielki – Polish National Opera.