The Theatre Museum is launching a new exhibition as part of the festival ‘Lalka też Człowiek’ (Puppets Are Human Too). 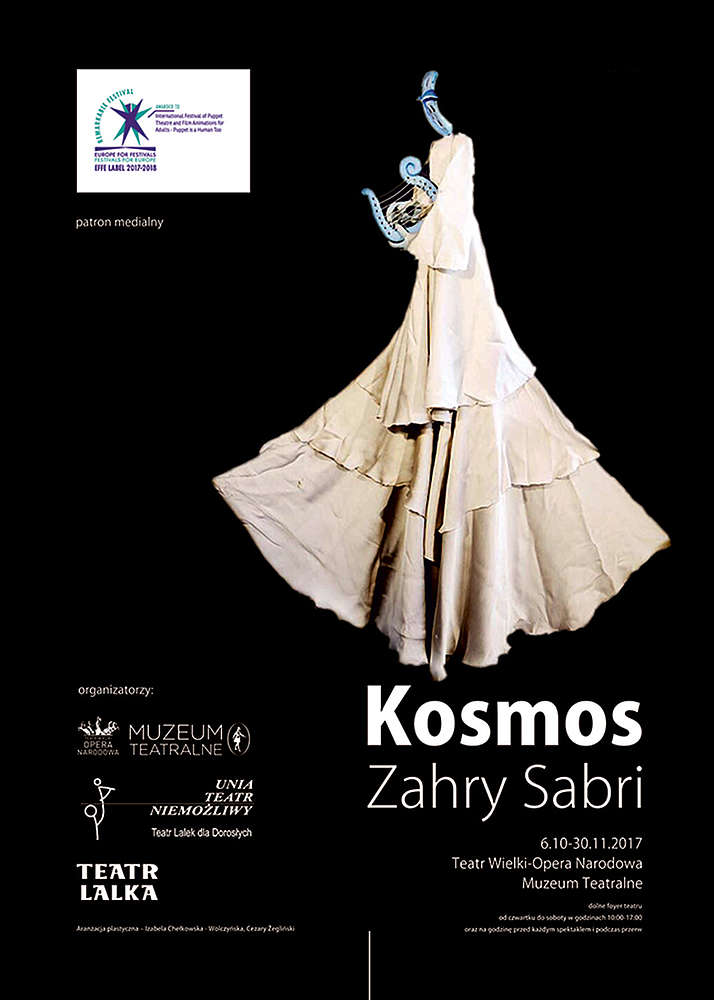 Opening on 5 October, The Cosmos of Zahra Sabri showcases a collection of puppets made by Iranian artist Zahra Sabri, who is also a theatre director and stage designer. Ms Sabri’s career started in 1990, when she formed the theatre company Yas-e-Tamam. Her productions have been presented, and awarded, in Teheran, Charleville-Mézières, Warsaw, Ruhr, Tunesia, Liban, Russia, India, Sweden, Spain, and Kazahstan. Zahra Sabri’s theatre is strictly poetic, employing a variety of forms, always sophisticated in style, drawing both from traditional Persian theatre and Western motifs and aesthetics.

In Warsaw you will be able to see puppets from six of her productions: Eight moments (2005) based on stories written by eight anonymous authors from around the world; Tooti Par (2006) drawing on The Merchant and the Parrot after the 13th-century Sufi poet, Rumi; The Earth and the Universe (2008) based on seven stories by Rumi; The House of Bernarda Alba (2010), which is an adaptation of Federico Garcia Lorca’s play; as well as Mother Courage and Her Children by Bertolt Brecht (2014). Her puppets for Count to One (2010), based on a poem by Khayyam (11th/12th c.), are exhibited at the Theatre Institute, Warsaw.

Come and see the exhibition in the Downstair Foyer of the Teatr Wielki – Polish National Opera. The exhibition opening will take place on 5 October at 6 pm. Admission is free. The exhibition will be available for viewing from 6 October to 30 November, from Thursday to Saturday at 10 am–17 pm, for an hour before  every performance, and during intermissions.