Watch Tchaikovsky’s masterpiece in Mariusz Treliński’s extraordinary staging sung by an excellent lineup of soloists on 19 December 2020 at 7 p.m. on vod.teatrwielki.pl. 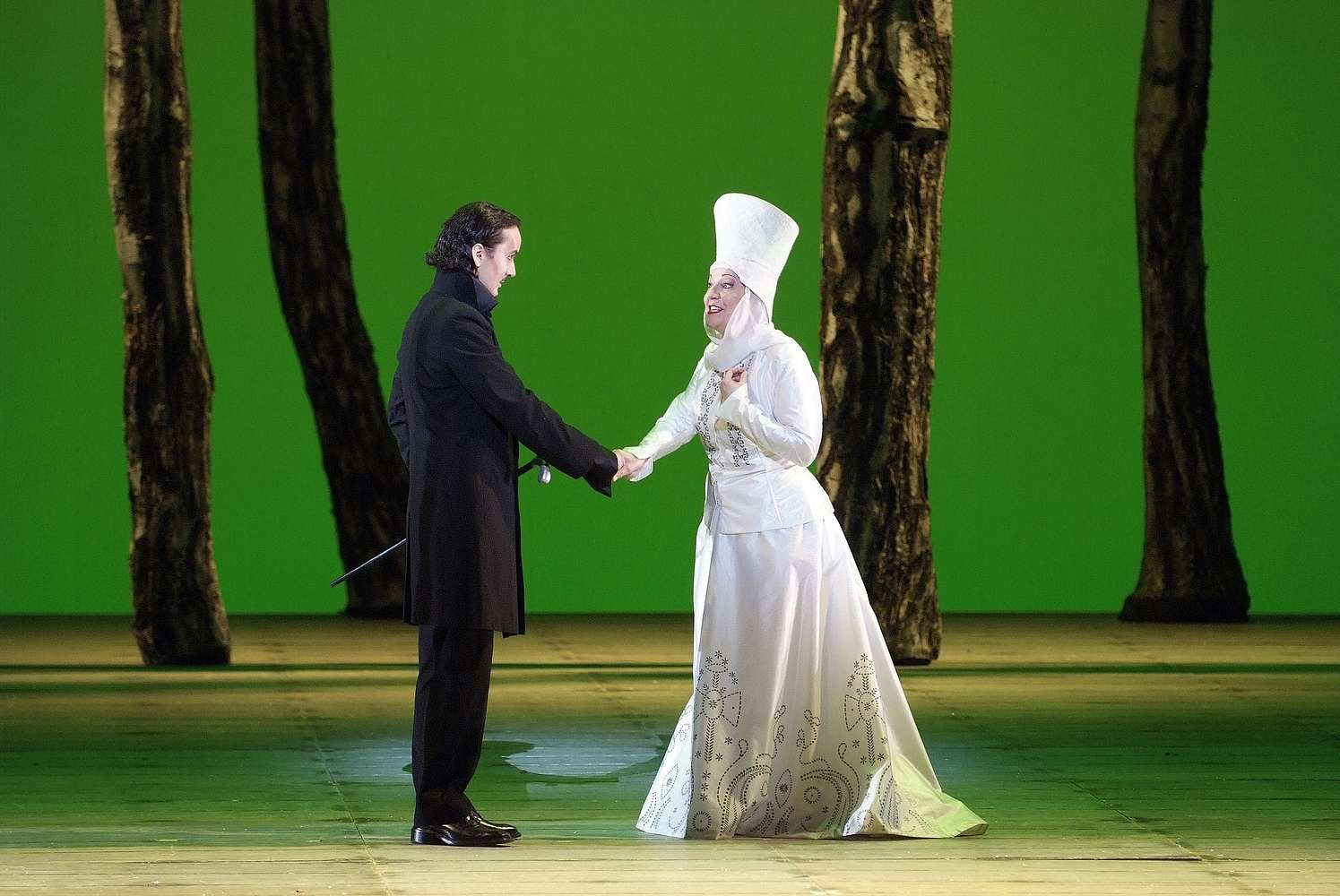 In 1875 the 35-year-odl Pyotr Tchaikovsky took a seat in the audience of the Opéra-Comique in Paris. The young composer is so enthralled by Carmen that he immediately decides to write an opera, yet his is to be different from the ones wrote in the past by his peers.

He fervently looks for inspiration during social gatherings. When a friend, mezzo-soprano Lavrovska, gives him a copy of Pushikn’s novel, the composer is reluctant at first. Soon he changes his mind, though. What makes Onegin the right choice is the novel’s popularity among the Russia intelligentsia the psychological complexity of the characters which makes it possible to create well rounded characters on stage, just like in Bizet’s Carmen. Tchaikovsky is mesmerised by Pushkin. In a letter to his younger brother Modest, he writes: ‘I am simply delighted to have been able to free myself from all of the Egyptian princesses, pharaoes, poisoners, and other paper-thin characters. I feel a much closer affinity to the poetry of Onegin’. 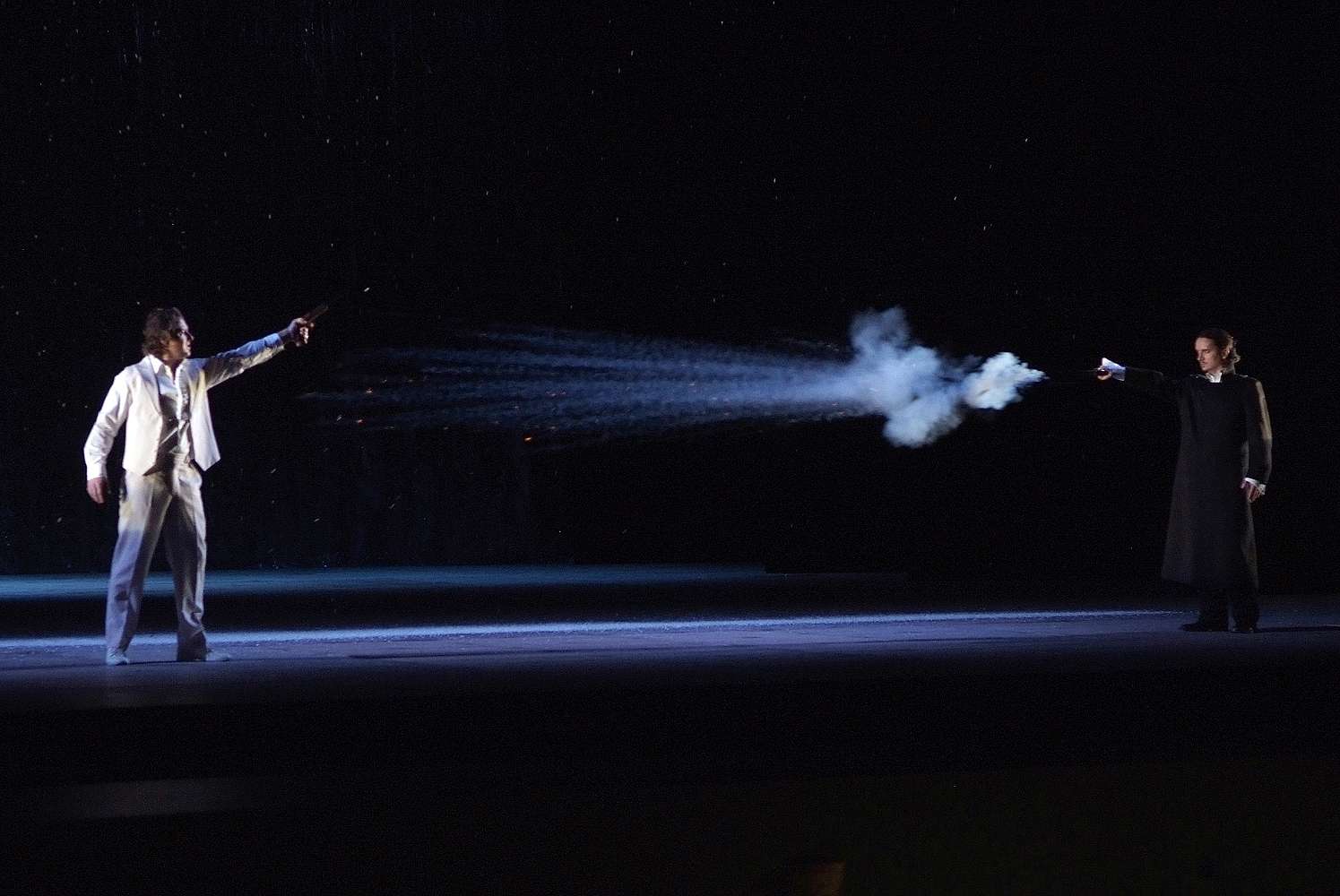 Tchaikovsky’s opera is a double drama revolving around four characters, two of which are the piece’s most robust protagonists: Tatyana and Eugene. Onegin is a Byronic dandy. A man about town, his narcissist urges set into motion a dreadful machine that annihilates everything that could have given meaning to his superficial existence. Motivated by an overtly displayed sense of superiority, he humiliates Tatyana and causes the death of his closest friend.

He rejects everything that is truly beautiful, falsely assuming that all that the best is still ahead of him. He sentences himself to hell on Earth – his life becomes empty and meaningless. Years later, when hope for redemption and happiness flares up in him, Onegin quickly realises that all has been lost.

Onegin is undoubtedly an operatic masterpiece. Tchaikovsky’s music, infused with contrasts, changing tempos, vehemence alternating with lyricism is a perfect reflection of the rich array of emotions experienced by the characters. It resounds with joy and regret, sweetness and longing, passion and agitation, hope and despair. Treliński production highlights anxiety, which is amplified by a demonic, half-dead O*** and a zombie-like fashion show featuring dehumanised, deathly pale figures sporting monochromatic costumes. 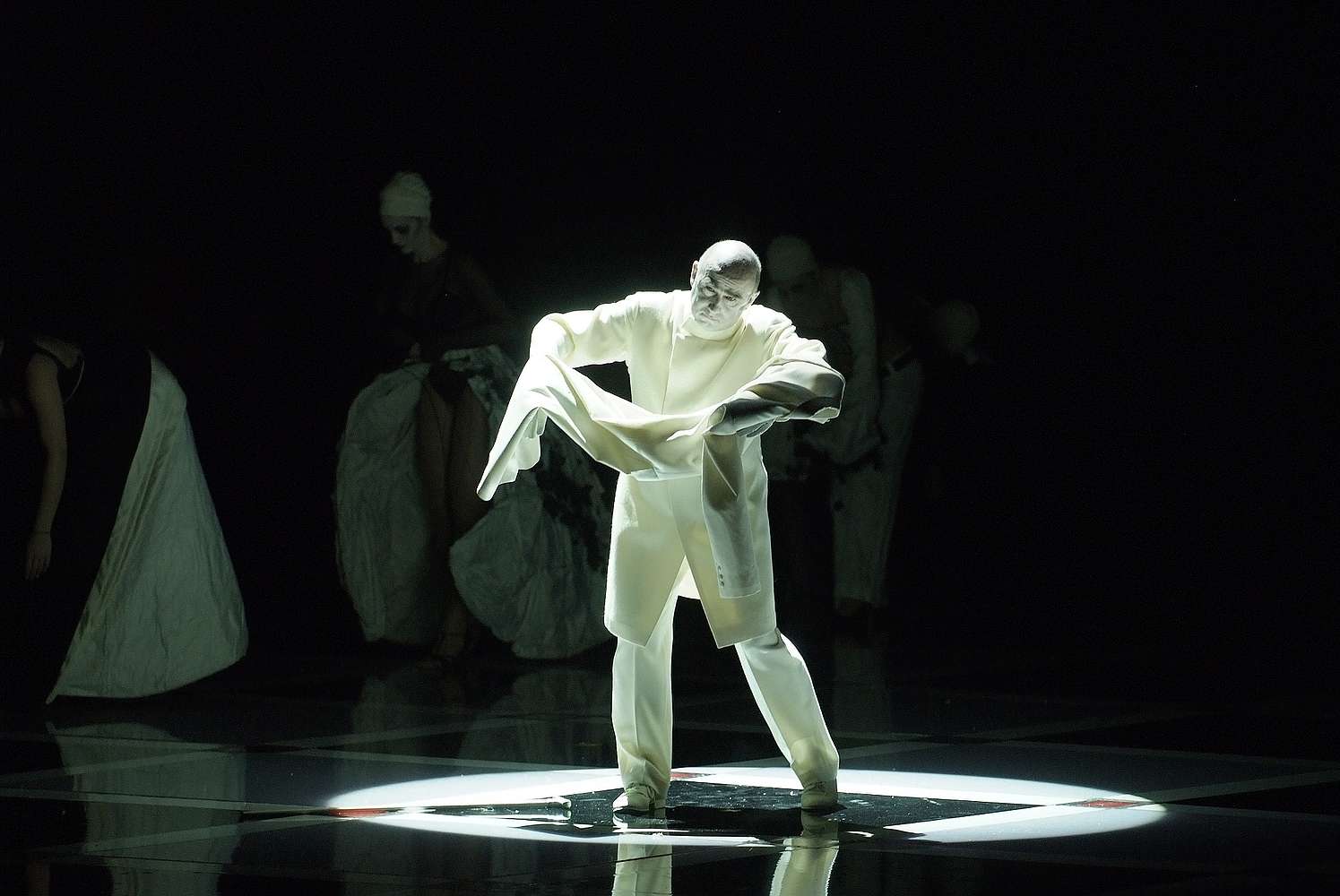 This is an interpretation of the motif of vanitas alluding to Ecclesiastes. What is Onegin’s life if not wallowing in the futile pleasures of the material world whose only timeless qualities such love, honour, and brotherly friendship are consciously rejected by the male protagonist? Bewitched by the glitz of aristocratic life, he orchestrates his own banishment from paradise.

The performance to be shown on vod.teatrwielki.pl was filmed at the Palau de les Arts Reina Sofía, Valencia and features a dream team of opera stars headed by excellent Artur Ruciński as Onegin and compelling Kristine Opolais (as Tatyana). ‘An ideally well-balanced vocal cast,’ wrote Die Welt.

Baritone Mariusz Kwiecień, who sang Onegin in the Warsaw premiere of the timeless production in 2002, told the Polish Press Agency: ‘Mariusz Treliński’s production is colourful, expressive. It is a fairytale. A beautiful, impressionist tale which could be taking place in France, Russia, or Poland. Treliński’s focuses on the story per se, doing away with any historical or ideological references.’