Millicent Hodson and Kenneth Archer’s richly illustrated book released last year by KMS Press, London, marked the centenary of the the first performance of Stavinsky’s The Rite of Spring in Vaslav Nijinsky’s choroegraphy. 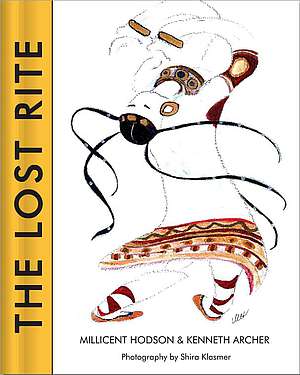 Patrons of the publications are the Polish National Ballet, Joffrey Ballet, John Neumeier Foundation, Sasha Waltz & Guests, National Ballet of Portugal, and the Polish Cultural Institute in London. We have obtained a few copies and hopefully the book will be available for sale from the Teatr Wielki.

The authors are American choreographer and British art historian, known globally for their reconstructions of ballet classics. They had spent 10 years searching for, studying, and gathering surviving accounts of Nijinsky’s choreography and Nicholas Roerich’s set design for the original Rite. Their efforts realised in 1987 when the now famous reconstruction of The Rite was put on by the Joffrey Ballet, allowing the world to appreciate Nijinsky’s innovativeness that had not been recognised by his contemporaries.

Hodson and Archer later put on the reconstruction with the world’s leading companies, including the Polish National Ballet (2011). The Warsaw production was chosen as a model one to illustrate a book that documents the reconstruction and the authors’ decades of research. The choice was also motivated by Nijinsky’s Polish roots, a fact Hodson and Archer underline on every occasion internationally.

The book contains 400 shots taken by Shira Klasmer during two subsequent performances of The Rite on the stage of Teatr Wielki in 2013. Each photo comes with opinions about and memories of Nijinsky’s choreography and Roerich’s set design. Reading the book page by page, you may not only see the ballet as a whole, but also learn the reactions to its first staging in Paris.

The Lost Rite also aims at highlighting Nijinsky’s specific experience as a multicultural artist: born to Polish parents, raised in Russia, and artistically shaped by western Europe. An auxiliary character of the book is Marie Rambert (1888–1982), dancer and educator of Polish descent, who was Nijinsky’s assistant when he worked on The Rite, and later became instrumental for the development of the classical  ballet tradition in the UK. Late in her life she managed to share her knowledge about Nijinsky’s choreography with the authors of the book.

Photo: Cover of The Lost Rite by Millicent Hodson and Kenneth Archer