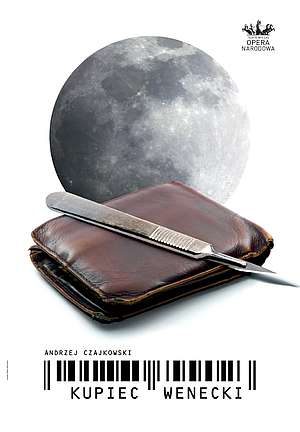 On 24 October 2014 André Tchaikovsky’s opera The Merchant of Venice will premiere at the Teatr Wielki – Polish National Opera. Never before staged in Poland, the production will launch the new season at the Warsaw opera house as well as this year’s Territories series.

Thirty is a meaningful number for André Tchaikovsky’s The Merchant. The only opera is his ouvre, the piece took thirty years to complete, with the composer making final alternations still on his deathbed. Thirty more years passed before the opera received its premiere: in July 2013, thanks to David Pountney’s efforts, The Merchant debuted  at the Bregenz Festival. It was co-produced by Bregenz Festival, the Teatr Wielki – Polish National Opera, and the Adam Mickiewicz Institute, and quickly became one of the most important artistic events of the past few years. In April 2014 the production won the International Opera Award in the World Premiere category. Now it arrives to Warsaw.

The Warsaw rendition is the working of artists well-known to the city’s audience: the premiere has been directed by Keith Warner, and the orchestra will be conducted by Lionel Friend. Both opened the Teatr Wielki’s previous season with The Devils of Loundun based on a new version of the score by Krzysztof Penderecki, to mark the composer’s 80th birthday. Set design for The Merchant is the creation of Ashley Martin-Davis, lighting director is Davy Cunningham, while choreography has been devised by Michael Barry. The opera features: Christopher Robson (Antonio), Lester Lynch (Shylock), Charles Workman (Bassanio), and Sarah Castle (Portia).

Paradoxically, André Tchaikovsky is still little known in Poland. His works have been greatly promoted by pianist Maciej Grzybowski; also helpful has been the bestselling collection of the composer’s correspondence with his long-time Warsaw friend Anita Halina Janowska, titled Mój diabeł stróż (My Guardian Devil).

World view issues, emigrant’s dilemas, and, first and foremost, his homosexuality and Jewish origins are central themes of  the correspondence and Tchaikovsky’s works. They may be traced also in The Merchant, where a countertenor is cast as Antonio, the opera’s protagonist.

A day before the premiere, on 23 October 2014 (8 pm), the Teatr Wielki is holding a concert in the Premiere Preludes series featuring André Tchaikovsky’s piano pieces and songs, performed by Maciej Grzybowski and the evening’s star guest, mezzosoprano Urszula Kryger.