The Theatre Museum joins in the event inviting you to The World of Pre-War Stars and Fashion as photographed by Benedykt Dorys. 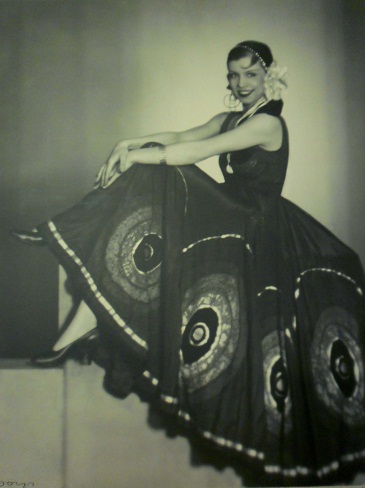 The Theatre Museum holds a special exhibition of portrait and advertising photographs by Benedykt Jerzy Dorys at the Redutowe Rooms of the Teatr Wielki – Polish National Opera.

Come and see photographs of popular theatre, film and revue actors and actresses made between 1929 and 1939. It is a great showcase of 1930s beauty canons and the fashion of the time.

Looking at the hairstyles, outfits, and poses you may feel the atmosphere of the by-gone era. Any photographs taken in a studio have a characteristic lighting. Thanks to his excellent technique, in Dorys’s works light not only shines beautifully on the models but also through them in a magical way.

The exhibition has been excellently put together, mostly following the choices made by the artist himself over forty years ago for a retrospective of his portrait photography at ZPAF Gallery in 1974. An award-winning photographer, Dorys received the title of Honoraire Excellence F.I.A.P. in 1968.

The Theatre Museum bough the valuable collection thanks to a donation made by Włada Majewska, singer of Wesoła Lwowska Fala, actress working in exile, close collaborate of Marian Hemar, and long-standing news reader of Radio Free Europe.

Those who visit the exhibition will have a chance to listen to a concert titled Włada to wypada! by Towarzystwo Teatralne Pod Górkę. Stanisław Górka, Monika Świtaj, Wojciech Machnicki wil sing pre-war hits to the accompaniment of Zbigniew Rymarz.