The Polish National Ballet is going to perform John Cranko’s The Taming of the Shrew as part of the 25th Bydgoszcz Opera Festival at Opera Nova as a specific follow-up to the Shakespeare Festival we have just completed. 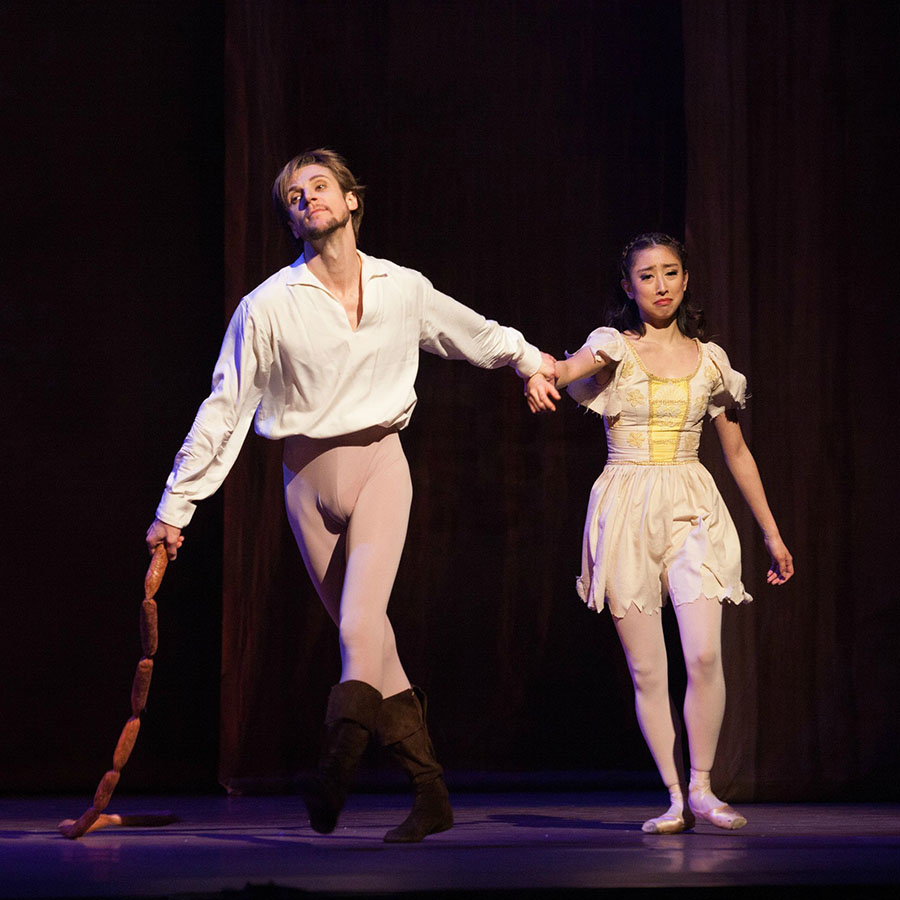 This is the PNB’s yet another visit at the only opera festival in Poland. Previously, we treated the festival’s audience to The Rite of Spring triple bill (2012) and Don Quixote (2015), then performed Obsessions in Opera Nova as part of our national tour celebrating 250 years of public theatre in Poland. It was at that point that the director of the Bydgoszcz festival, Maciej Figas invited us to to perform The Taming of the Shrew at the festival the following year, knowing that we were planning to stage John Cranko’s famous ballet in Poland to mark the great Shakespearean anniversary.

Our performance in Bydgoszcz will take place on 5 May, with the leading roles being danced by the Warsaw opening night cast, namely Mai Kageyama as Katherina the titular shrew, Maksim Woitiul as her Petruchio, Ewa Nowak as her sister Bianka, and Patryk Walczak, Vladimir Yaroshenko and Carlos Martín Pérez as Bianka’s three suitors.

This year’s Bydgoszcz Opera Festival has already welcomed Opera Nova with Verdi’s Don Carlos and Moniuszko’s The Haunted Manor, the Music Theatre of Wrocław with the musical The Master and Margarita after Bulgahov, singers and musicians of the Il Giardino d’Amore ensemble with Rameau’s opéra-ballet Les Indes galantes, the National Theatre Brno with Janáček’s Jenufa, and the Wrocław Opera with Horwood’s play Quartet. After the Polish National Ballet’s performance, the festival will conclude with the Shanghai Ballet presenting Jane Eyre, a choreography by Patrick de Bana based on the romance by Charlotte Brontë. (pch)

Pictured: Mai Kageyama and Maksim Woitiul in John Cranko’s The Taming of the Shrew; photo by Ewa Krasucka