This autumn the Polish National Ballet has made appearances at international dance festivals in Tarnów and Lublin (Poland), presenting a few handpicked pieces from its rich repertoire. 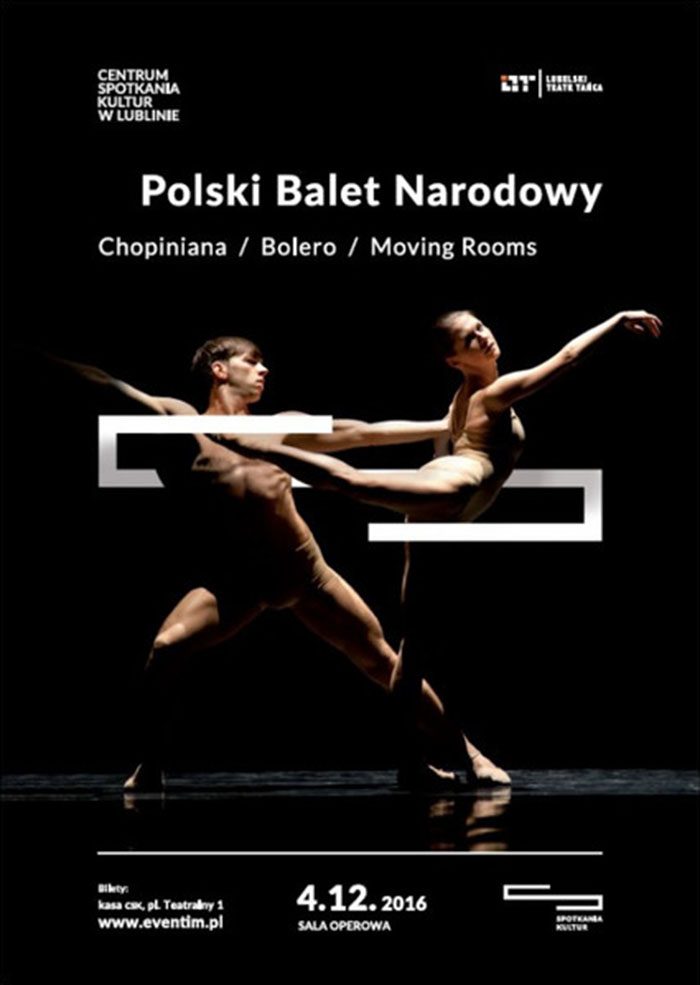 The audience of the 6th Open Stage International Dance Theatre Festival in Tarnów was treated to Robert Bondara’s Persona set to music by Arvo Pärt, Paweł Szymański and Aldona Nawrocka. The PNB performed at Tarnów’s Mościce Cultural Centre on 23 October. This year the festival’s programme was put together by Jacek Przybyłowicz and Witold Jurewicz.

The programme of the 20th International Dance Theatre Festival in Lublin, organised by Ryszard Kalinowski from the Lublin Dance Theatre among others, combined classical ballet and contemporary repertoire. Taking advantage of the immense possibilities offered by the newly opened Centre for the Meeting of Cultures in Lublin, the PNB presented a bill of three ballets: the neo-romantic Chopiniana choreographed by Mikhail Fokin, Krzysztof Pastor’s Moving Rooms set to music by Alfred Schittke and Hneryk Mikołaj Górecki and Mr Pastor’s Bolero to Ravel’s music. The PBN’s performance in Lublin on 4 December was organised by Piotr Franaszek, director of the Centre for Meeting of Cultures, who has voiced his willingness to collaborate with the company further. As Mr Franaszek is particularly interested in presenting classical ballet repertoire to Lublin audiences, the PBN might be expected to return to the city this season with Petipa’s Don Quixote in Alexei Fadeyechev’s choreographic version. (pch)