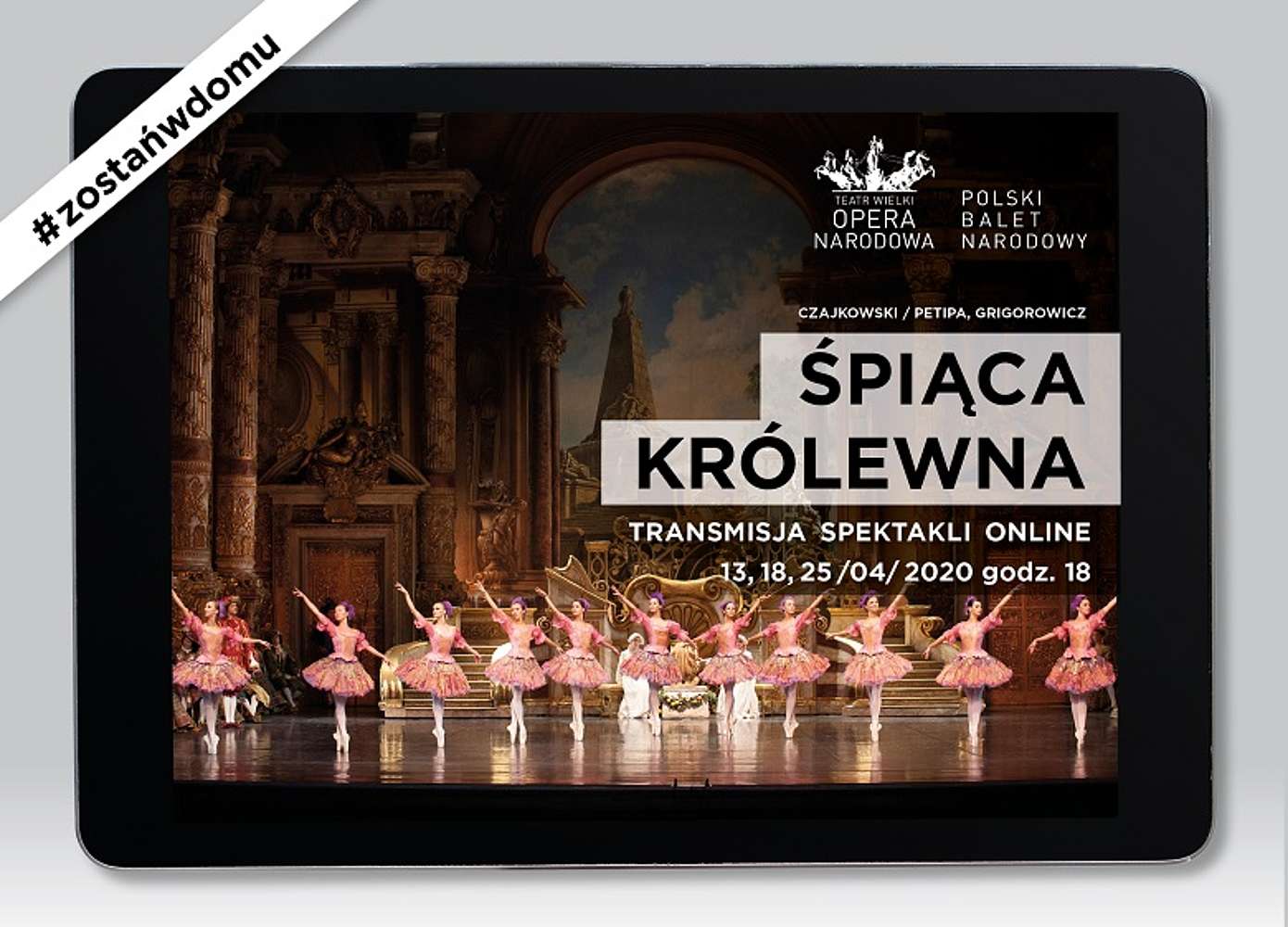 Even thoughour performances have been cancelled, our shows go on online. Watch our programme of VOD content and broadcasts on vod.teatrwielki.pl from the safety of your home and completely for free!

#stayhome and let opera and ballet in!

On Monday, 13 April; Saturday, 18 April; and Saturday, 25 April at 18:00 CET, vod.teatrwielki.pl will stream The Sleeping Beauty, one of the most recognisable classical ballet performances of all time and a flagship title in the repertoire of almost every noteworthy company in the world. It is also a showcase of opulence that may characterise meticulously staged ballet productions.

This is how the famed ballet shows held at the imperial Mariinsky Theatre in St Petersburg must have looked like. The Warsaw staging is no different. Sumptuous sets, dazzling soloists, an amazing ballet company, a wonderful variety of dance forms, and beautiful music from Pyotr Tchaikovsky conjured up for the Polish National Ballet by Russia’s Yury Grigorovich  after the original, St Petersburg choreography by Marius Petipa.

The production was designed by a duo of Italian stage designers: Ezio Frigerio, who devised the magnificent palace interiors, and Franca Squarciapino, who complemented them with beautiful, stylised costumes.

Against the background of the lavish scenery unfolds the classic story of Princess Aurora who falls asleep under the magic spell of the evil fairy, Carabosse, and is awaken from her slumber a hundred years later by the kiss of the noble Prince Désiré. Apart from the spectacular solo performances of the lead characters, Aurora’s wedding in the last act of the ballet includes a vivid dance divertissement featuring popular fairytale characters: Red Riding Hood and the Wolf, Cinderella and her Prince, Puss in Boots and White Cat, and Bluebird and Princes Florine, who wow with their wonderful dance technique and artistry.

This amazing show is sure to dazzle children audiences and exhibit the spendor of classical ballet to adult spectators.

We are going to stream a performance recorded in May 2019.