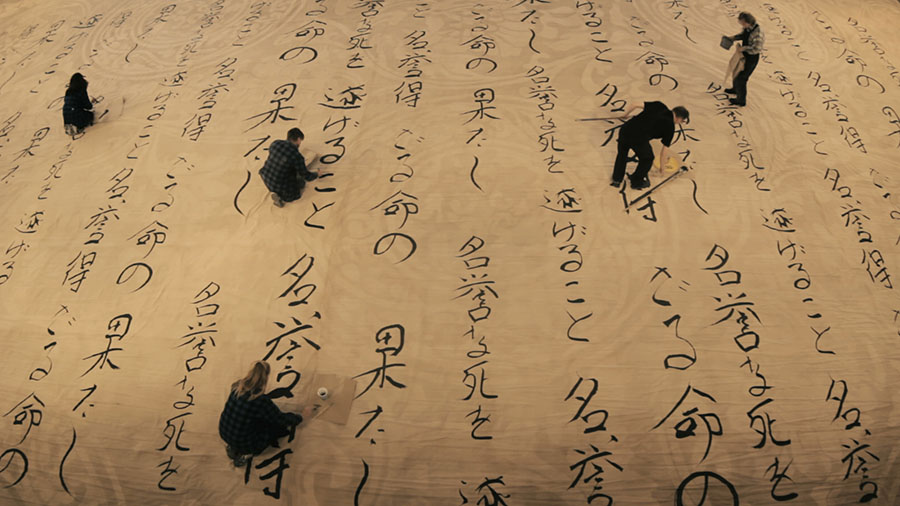 The Teatr Wielki in Warsaw has the largest opera stage in the world. Thanks to Sławomir Batyra’s patient observations, we may catch a glimpse of what is happening behind the curtains as Mariusz Treliński sets the stage for his rendition of Puccini’s Madama Butterfly. As we follow the camera, we discover a completely unknown, extraordinary universe, not less fascinating than the one presented onstage. The film is a visually and theatrically sophisticated symphony of images, sounds, and lightning that provides a metaphoric understanding of how great art is made.

The Great Theatre (Teatr Wielki) is Sławomir Batyra’s film debut. He studied directing at the Academy of Dramatic Art in Warsaw. He directed Knut Hamsun’s Hunger at the Ateneum, Warsaw, and Julia Holwińska’s monodrama Rewolucja Bananowa (Banana Revolution) at the Powszechny in Warsaw. The monodrama was then showcased at a range of major Polish festivals, including the Warsaw Theatre Meetings. It was also included in the Zbigniew Raszewski Theatre Institute’s programme Teatr Polska (Theatre Poland). Sławomir Batyra has also staged Babcia (Grandma) written by Michał Walczak and O łuskaniu fasoli (On Shelling Beans) after Wiesław Myśliwski’s prose at the Julius Osterwa Theatre in Gorzów Wielkopolski, Poland. Currently, he is working on a documentary on the Polish Polar Station, Hornsund in association with the Institute of Geophysics of the Polish Academy of Sciences. He founded the Warsaw Revolutionary Theatre (Warszawski Teatr Rewolucyjny), a social stage drawing on the tradition of working-class theaters of the 1930s.

Visions du Réel will take place from 15 to 23 April 2016. In anticipation for the outcomes, watch the trailer of The Great Theatre.