On 23 October 2014 Prague will see the premiere of Salome by Richard Strauss directed by Mariusz Treliński and co-produced by the Teatr Wielki – Polish National Opera and Národní divadlo, the National Theatre in Prague. 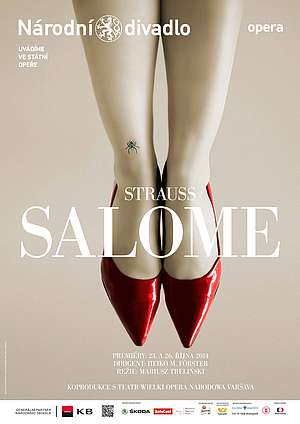 Mariusz Treliński’s previous production debuted in December 2013 and was a double bill of Iolanta by Pyotr Tchaikovsky and Bluebeard’s Castle by Béla Bartók. In January 2015 the production will premiere at the Metropolitan Opera in New York as the first opera by a Polish director to be staged at the prestigious venue. It will also be transmitted all over the world as part of The Met: Live in HD.