The Opera Gallery is holding a garage sale of costumes from our past productions. 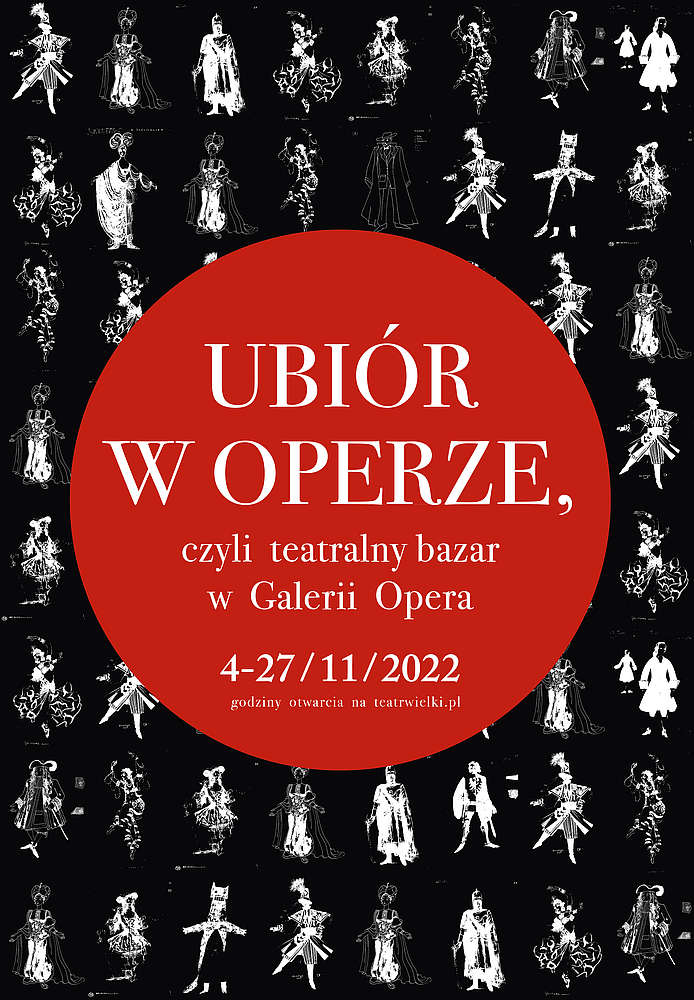 Opera dazzles its audiences with the beauty of singing as well as stunning sets and elaborate costumes. Many of the outfits you see on stage were designed by world-famous couturiers. While opera’s love affair with fashion has been the talk of the town for years, not many people realise that the costumes for our productions are meticulously executed in the Polish National Opera’s workshops by highly skilled craftspeople who pay attention to details so minuscule that the audience may never notice from their seats.

Now you have a chance to inspect, touch, try on, and even buy these unique creations. Having starred on the big stage, the outfits are ready to retire to the privacy of your wardrobe.

The costumes that we are putting up for sale were made in the course of the last 30 years in the opera house’s workshops. They were devised by prominent opera, theatre and film designers, including Andrzej Kreutz Majewski or the Oscar-winning Franca Squarciapino.

Apart from costumes, you can also purchase original posters, programmes, and 1960s dressing tables that were part of the furnishing of the theatre’s dressing rooms after it reopened in 1965. 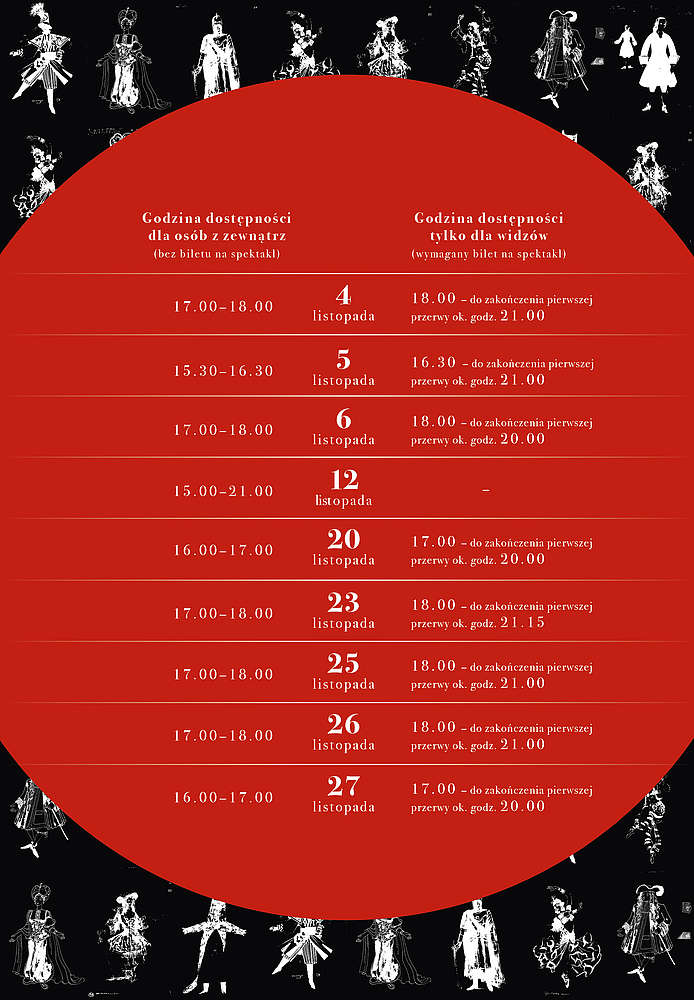 The Fashion of the Opera,
or the Garage Sale at the Opera Gallery
4–27 November 2022
Prices: 50–1200 Polish złoty
We accept payments by card and in cash.
We provide fitting rooms for your convenience.

The costumes come from the following productions: