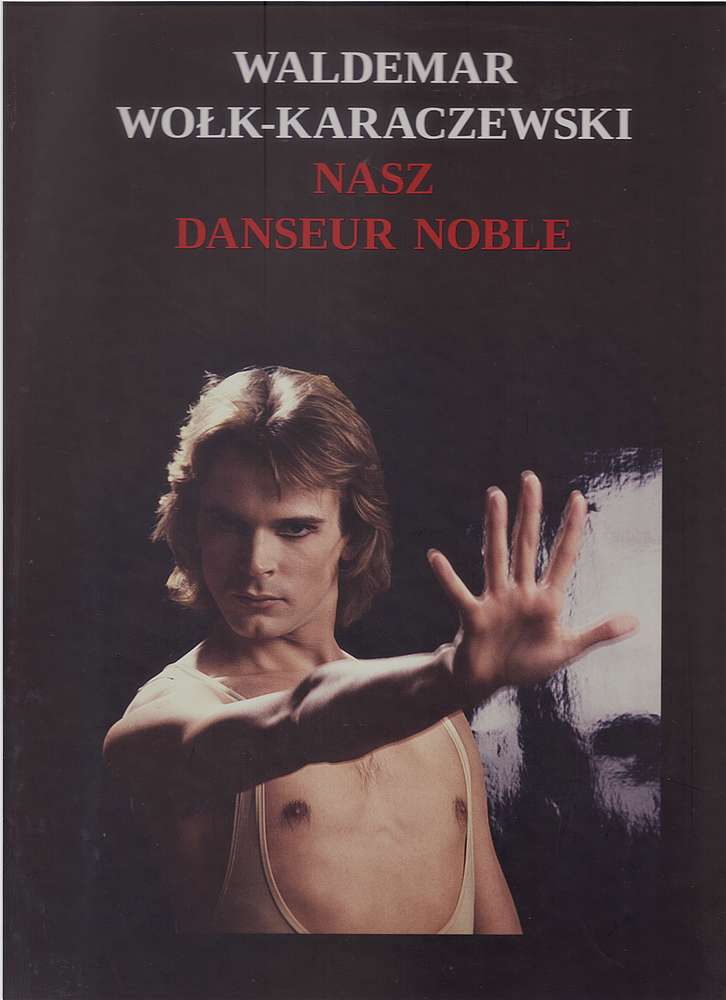 The ephemeral beauty of ballet can be captured on film only by the most experienced professional photographer. This is why photography books immortalising the artistic skill of famous dancers are so rare internationally. Up until recently, in Poland there have been none. Published this summer by Towarzystwo Miłośników Ziemi Ciechanowskiej, Waldemar Wołk-Karaczewski – nasz danseur noble (Waldemar Wołk-Karaczewski – our danseur noble) celebrating the accomplishments of the former first soloist of our ballet company Waldemar Wołk-Karaczewski is now an honourable exception. Unfortunately, the pulication’s limited run means it is currently obtainable to a few chosen ones. Soon, however, it will be at hand in major libraries and dance schools across the country.

Waldemar Wołk-Karaczewski trained at the Warsaw ballet school, then shortly performed on our stage in the late 1970s. His beautiful physique, talent and excellent technique made him a rare example of danseur noble. After he left the country, he was a soloist with Maurice Béjart’s Ballet of the 20th Century in Brussels and the ballet companies of the Deutsche Oper in West Berlin and Bayerische Staatsoper in Munich. He danced principal roles in pieces by the most prominent choreographers of the 20th century: Béjart, Balanchine, Lifar, Ashton, MacMillan, Cranko, van Manen, Neumeier, and others. His repertoire included leading parts in the most important classical ballets including Giselle, La fille mal gardée, Swan Lake, The Nutcracker and The Sleeping Beauty. He shared the stage with top soloists of his time led by the famous American ballerina Eva Evdokimova. Throughout his stage career he also supported our ballet company as guest dancer, especially during its performances in the United States, Canada, Belgium, the Netherlands, France and Luxembourg. He also ventured into choreography, staging Chopin’s Muses in Warsaw and The Count of Monte Cristo set to Moniuszko’s music at the Poznań Opera House.

Published in Ciechanów, the photography book documents our unforgettable danseur noble’s life on stage including an outline of his artistic achievements, an account of his impressive career penned by Zofia Humięcka, a Ciechanów-based poet and cultural activist, and a rich treasure trove of photographs showing the dancer in the many roles he created on Polish and international stages. Hopefully, we will soon see similar publications following on the heels of this valuable collection and highlighting the achievements of other homegrown ballet dancers, including contemporary ones. (pch)