On 24 February we will treat our audience to a magnificent night of music by Italian composers. 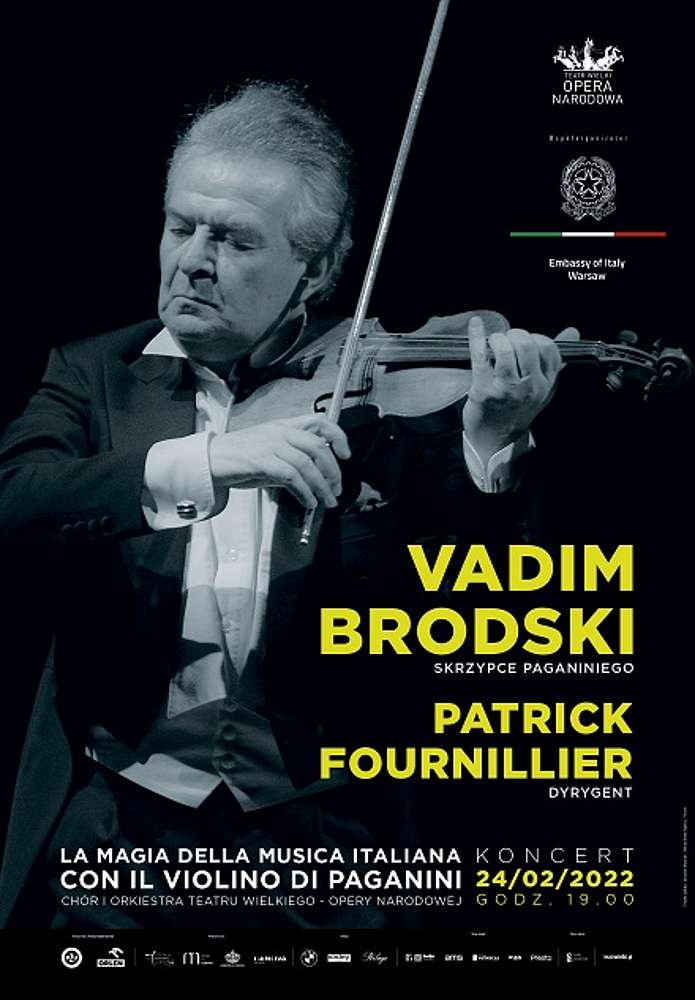 A carefully curated selection of music by Italy’s premier opera composers performed by the Orchestra of the Polish National Opera under Maestro Patrick Fournillier. Along with the gems of the Italian Ottocento, the concert’s programme includes a violin concerto by the great Niccolò Paganini played by another violin virtuoso, Vadim Brodski.

The violin on which Mr Bordski will play is a treat itself. The legendary Sivori violin once belonged to Paganini himself. The instrument was made in 1834 by Jean-Baptiste Vuillaume and is now held by the Musei di Strada Nuova in Genoa.

Paganini, whom some accused of selling his soul to the Devil in exchange for his extraordinary abilities, used it to play his own compositions, including 24 Caprices for Solo Violin, six of which were transcribed for piano by Liszt and Schumann. The theme of one – Caprice No. 24 in A minor, was used by Brahms, Rachmaninoff, or Lutosławski in their variations. In the end, Paganini  the instrument to his favoured student nand famous virtuoso, Camillo Sivori. Currently, it is part of the collection of the Musei di Strada Nuova in Genoa together with Paganini’s ‘il Cannone’.

As a composer of violin music, Paganini significantly developed its texture, using double stops, accords, fast figurations, scordatura (nonstandard tuning), combinations of bowing and pizzicato, (single or double) flageolets, and play on the G string. He left behind six violin concertos: in E-flat major, B minor (whose last movement, La Campanella, is also known from Liszt’s piano transcription), D minor, A minor, and E minor; as well as numerous cycles of variations.

Maestro Patrick Fournillier, Music Director of the Polish National Opera, has a career marked by great international prizes and experiences conducting the most important works of the symphonic and lyric repertoires with many of the world’s most prestigious orchestras (Paris, Teatro alla Scala, Berlin, Zürich, Munich, Oslo, Valencia, Amsterdam, Salzburg Festival, Metropolitan Opera in New York, San Francisco, Los Angeles, Washington, and others). He studied in Paris, the Strasbourg Conservatory, and the Mozarteum University Salzburg.

The concert is held in association with the Embassy of Italy in Warsaw, Italian Cultural Institute in Warsaw, Musei di Strada Nuova in Genoa, City of Genoa, and Commune of Genoa