The Polish National Ballet has received an invitation to dance at Dance Brno 100 on 26 May. The festival is one of the highlights of the celebrations marking the 100th anniversary of Czech independence. 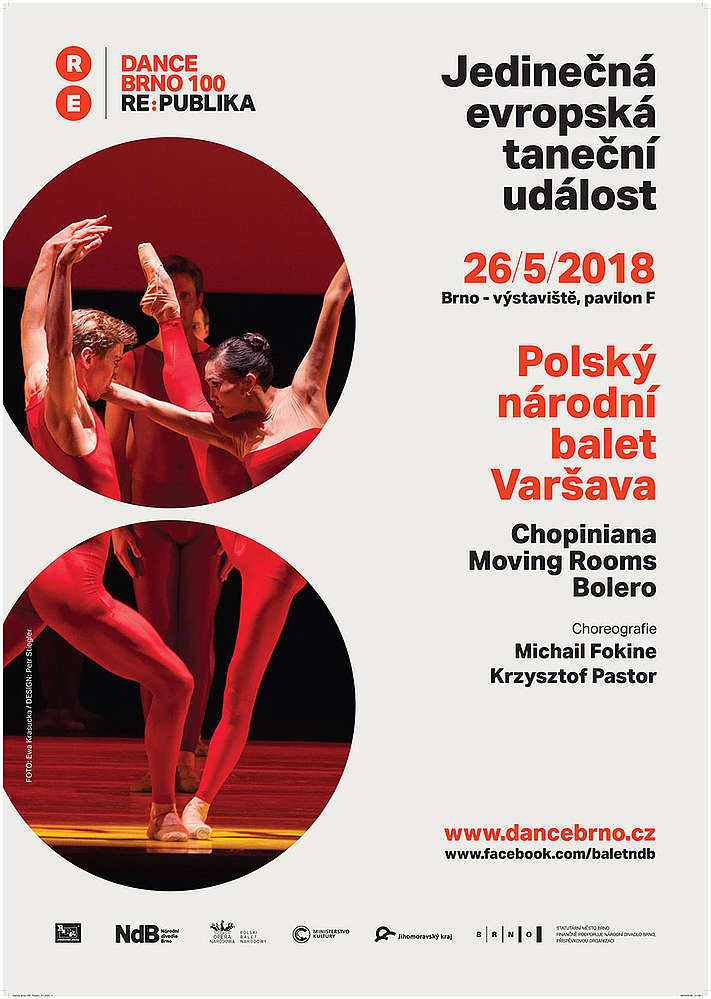 When the Austro-Hungarian Monarchy collapsed in 1918, a wave of independence movements swept over its former territories, which led to the creation of new countries. One was Czechoslovakia, whose independence was proclaimed on 28 October 1918 in Prague. A hundred years after the event, the National Theatre in Brno is commemorating the occasion with its annual dance, which this year will be called Dance Brno 100 and will be part of the official, nationwide celebrations held under the theme RE:PUBLIKA 1918–2018.

Each company will present a sample of its contemporary repertoire, including pieces by such renowned choreographers as Hans van Manen (Hungarian National Ballet) or Ohad Naharin (Ballet of the National Theatre in Prague). Krzysztof Pastor proposed that the PBN perform a programme of three ballets featuring Polish music and choreography: neoromantic Chopiniana set to music by Fryderyk Chopin and choroegraphed by Mikhail Fokine as well as Moving Rooms to music by Alfred Schnittke and Henryk Mikołaj Górecki and Bolero danced to the Maurice Ravel’s piece in Mr Pastor’s own choreography.