Yuka Ebihara and Vladimir Yaroshenko will perform at the world stars of ballet galas mounted by the Worldstars foundation. They will dance in Tallinn and Riga. 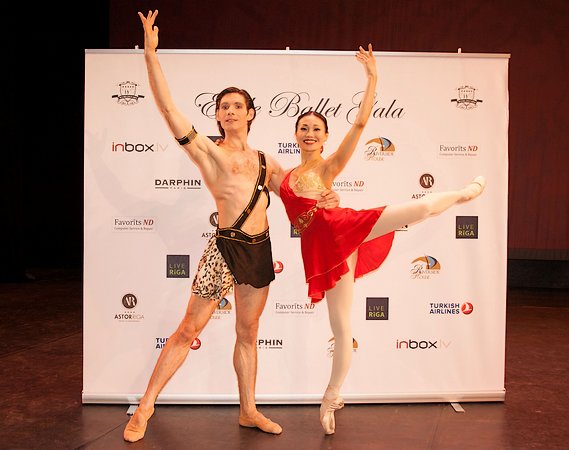 Last year Worldstars has invited the pair of our dancers for the first of time to partake in analogous concerts in Riga, Malmö, and Helsingborg, where they made a success of their performance of prominent duets from Le Corsaire and The Nutcracker. This time the leading soloists of the Polish National Ballet will perform in the Baltic states, appearing in the World Stars of Ballet Gala at the Estonian National Opera in Tallinn on 27 March and the Latvian National Opera in Riga on 28 March. They will perform two traditional pas de deus choreographed by Marius Petipa: that of Princess Aurora and Prince Désiré from The Sleeping Beauty composed by Pyotr Tchaikovsky and of Diane and Actéon from La Esmeralda written by Riccardo Drigo. Our soloists star in the galas among well-known ballet soloists from Denmark, the UK, Hungary, and Azerbaijan. (pch)