The Polish National Ballet has bid farewell to a few artists and is welcoming new dancers who have passed an international audition that attracted over 700 candidates this year. 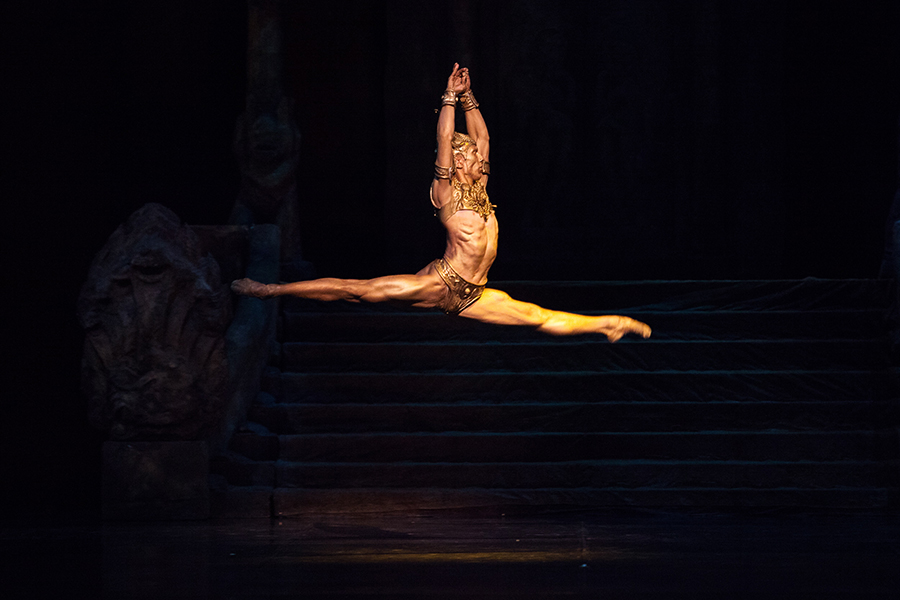 After a year spent working with the PNB, Swedish ballet master Matz Skoog is leaving Warsaw and will be replaced by Canada’s Curtis Foley, who has recently worked with Ballet British Columbia. The audience will also be disappointed to learn that our long-time star dancer Izabela Milewska has resolved not to come back on stage after her maternity leave is over. Also retiring is soloist Sebastian Solecki (formerly first soloist with the ballet of the Poznań Opera House): having earned a relevant degree, he will join the Teatr Wielki’s IT team. Also leaving the company are coryphées Barbara Bartnik (after maternity leave) and Hungary’s Viktor Banka, who will join the Royal Ballet Flanders as of the next season, as well as members of the corps de ballet: Roseanna Leney (to join the Scottish Ballet), Alexandra Vadon (to join the Ballet Nice Méditerranée), Eduard Bablidze and Oskar Świtała, who are both retiring. This season we will not see first soloist Maria Żuk, soloist Anna Lorenc and dancers Małgorzata Dębska, Aleksandra Foltman and Agata Ziółkowska, who have suspended their artistic careers to be full-time mothers. Anna Hop has taken a year-long unpaid leave to devote her undivided attention to her teaching work in Norway.

The vacancies were already filled at the end of last season by new first soloist Dawid Trzensimiech, a graduate of the Bytom Ballet School, former soloist of the Royal Ballet, London, and first soloist of the ballet of the Romanian National Opera, and soloist Agnieszka Jankowska (formerly Pietyra) returning from maternity leave. In the new season we also welcome back first soloist Marta Fiedler as well as Joanna Drabik and Olga Yaroshenko, who are resuming their careers after giving birth. Joining the PNB’s corps de ballet after passing this year’s international audition are: Melissa Abel from the Ballet du Capitole in Toulouse; Marta Cerioli from the Bavarian State Ballet II in Munich; Jaeeun Jung, a graduate of the Korea National University of Arts in Seoul; Wiktoria Kotlińska, a graduate of the Gdańsk Ballet School and the La Scala Theatre Ballet School; Phoebe Liggins, a graduate of the English National Ballet School; Magdalena Tandek from the Ballet of Opera Nova, Bydgoszcz; Dan Ozeri from the Israel Ballet; and Leonard Šimek from the Slovak National Ballet. (pch)

Picture of Dawid Trzensimiech as The Golden Idol in La Bayadère by Marius Petipa; photo by Ewa Krasucka