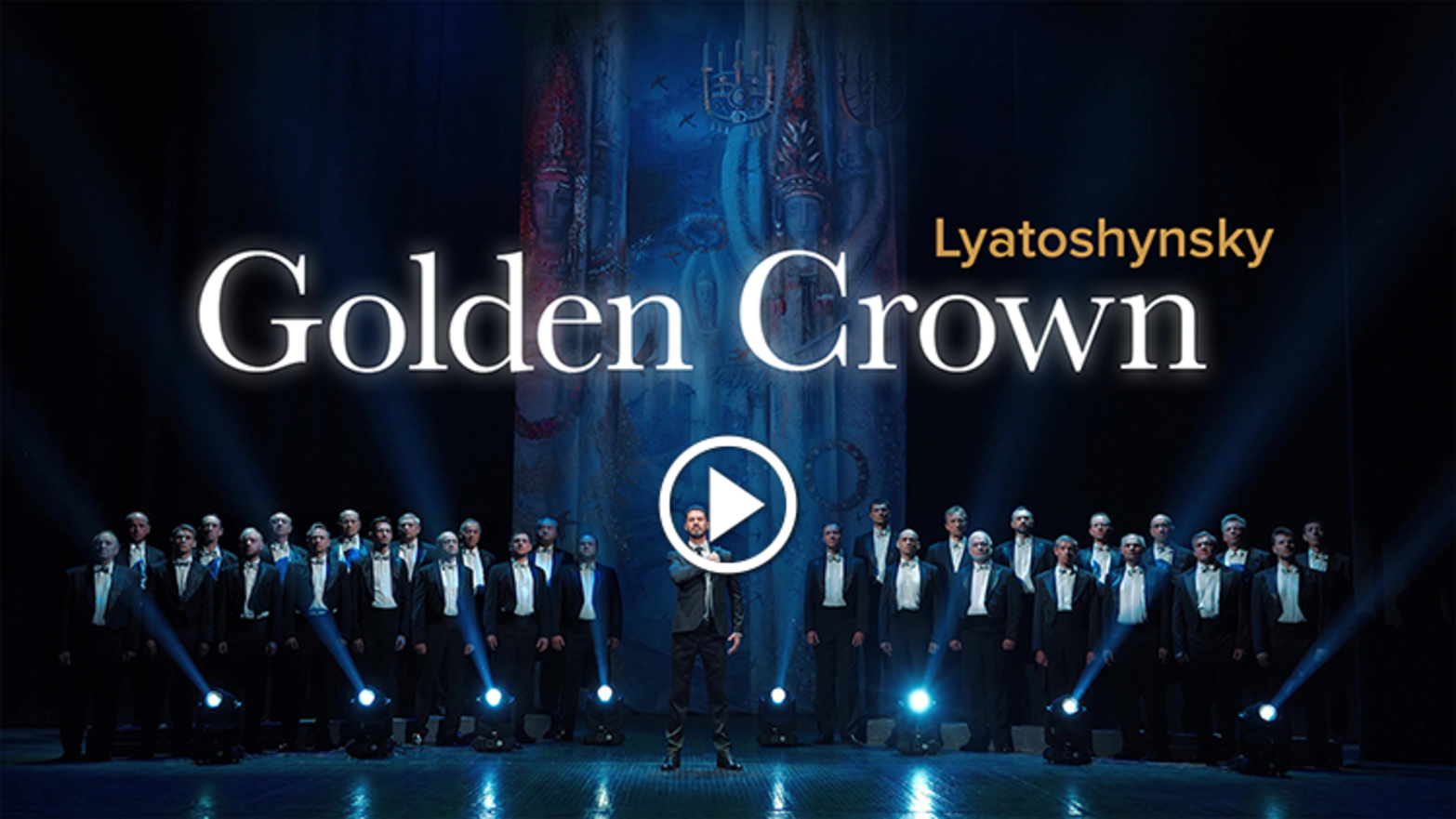 To mark the occassion, together with OperaVision we present an unprecedented international online co-production of Golden Crown, an opera by 20th-century Ukrainian composer Borys Lyatoshynsky, never before performed outside Ukraine.

Set in the Ukriane’s Carpathian mountains in 13th century, Golden Crown is an epic love story of the love, loss, betrayal, class, stolen land and national pride - all of which conspire against the star-crossed villager Maxim Berkut and his beloved Myroslava, the daughter of a local nobleman.

Ukrainian composer Borys Lyatoshynsky wrote Golden Crown in 1929, when the policy of ‘korenizatsiya’ (going back to the roots) was allowed in the country. At this time, several operas were commissioned from Ukrainian composers and librettists based on Ukrainian history.

This production is the fruit of a collaboration between seven cities: Helsinki, Lviv, London, Rome, San Francisco, Warsaw and Washington DC. Young artists from Finnish National Opera, Lviv National Opera, Royal College of Music, Teatro dell’Opera di Roma, San Francisco Opera, and the Opera Academy of the Polish National Opera each perform a scene from Golden Crown. The production is narrated by Ukrainian artists attending the Shenandoah University, near Washington DC, where Ella Marchment, who initiated and directs this production, is Director of Opera.

The production will premiere on OperaVision and the Polish National Opera’s VOD platform on 25 October 2022 at 7 p.m.

Today, the opera community stands shoulder to shoulder with Ukraine. Together with OperaVision, we are happy to find new admirers for Ukrainian culture across the world. We encourage you to give generously to the fundraising campaign to support the next generation of opera singers and managers from Ukraine.