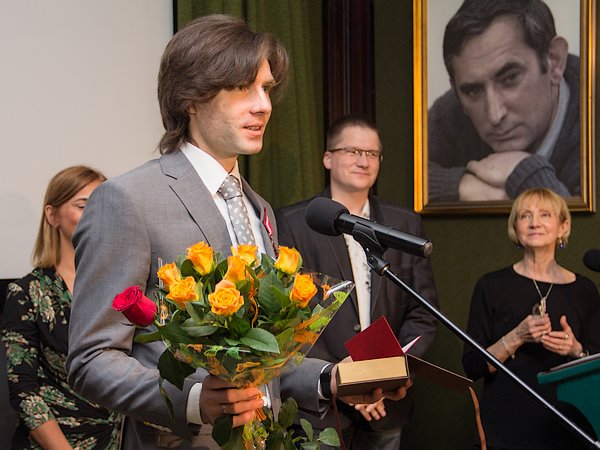 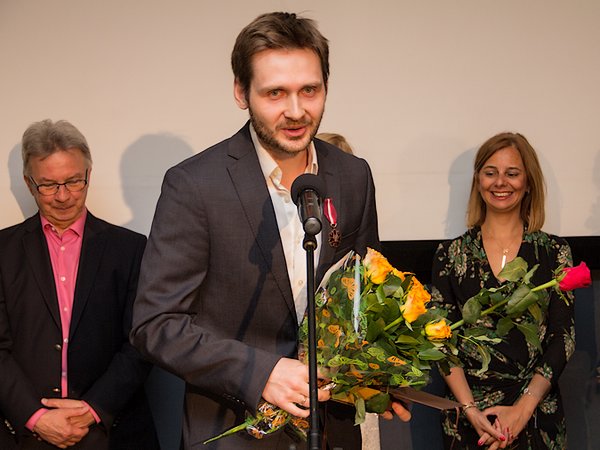 The awards were presented by Poland’s minister of culture and national heritage on a motion from ZASP – The Association of Polish Film, Radio and Television Artists. The presentation ceremony took place on 9 May 2016 as part of celebrations marking the International Dance Day held annually by ZASP’s Dance and Ballet Section led by Barbara Sier-Janik, former first soloist of the Teatr Wielki’s ballet company, dance pedagogue, and activist working for the benefit of the ballet community.

Vladimir Yaroshenko was born in Russia. He studied in Krasnodar and made his debut at the Yuri Grigorovich Krasnodar Ballet Theatre, reaching the top rank of first soloist three years after graduation. In 2007 he nevertheless decided to continue his career in Poland, and is today a leading artist of the Polish National Ballet. At the Teatr Wielki – Polish National he has created a range of excellent roles, including: Fryderyk Chopin, Chosen Man in Béjart’s Le Sacre du printemps, Casanova, an assortment of Shakespeare characters such as Theseus-Oberon, Romeo, Hamlet, Petruchio, Prospero, Lysander, Laertes, Hortensio, leading roles in the company’s classical repertoire (Swan Lake, The Nutcracker, The Sleeping Beauty, La Bayadère, Don Quixote, Cinderella) and ballets by contemporary choreographers. He contributed to the triumph of the PNB’s tours of the USA, Russia, China, Spain, and elsewhere. In 2014 he was named the best dancer in Poland and presented with the Jan Kiepura Music Theatre Award.

Robert Bondara completed the Łódź Ballet School and the Fryderyk Chopin University of Music in Warsaw. He began his professional career as a dancer of the ballet companies of the Musical Theatre in Łódź and the Poznań Opera House. Since 2005 he has been dancing on the stage of the Teatr Wielki – Polish National Opera, reaching the rank of coryphée of the Polish National Ballet. Since 2008 he has been nevertheless more focused on choreographic work. He participates regularly in the PNB’s annual choreographic workshops, presenting his interesting choreographic miniatures. He has also devised larger ballet pieces: The Captive Mind staged at Opera Nova, Bydgoszcz (Jan Kiepura Music Theatre Award for the Choreographer of the Year, 2011), Persona and Nevermore…? with the PNB, Čiurlionis at the Lithuanian Opera and Ballet Theatre, and The Firebird and The Miraculous Mandarin at Wrocław Opera. He is considered one of the most talented young Polish choreographers. (pch)

Pictured: Vladimir Yaroshenko (top) and Robert Bondara (bottom) during the presentation ceremony at ZASP’s Warsaw headquarters with the members of the board of ZASP’s Dance and Ballet Section: Barbara Sier-Janik (the chair), Monika Myśliwiec, Wacław Gaworczyk, and Marcin Kędziora (photo: Jarek Mazurek)