Yuka Ebihara studied in China, Japan, and Canada where she graduated from the Goh Ballet Academy in Vancouver in 2005 and was one of the leading soloists of the Goh Ballet Youth Company. 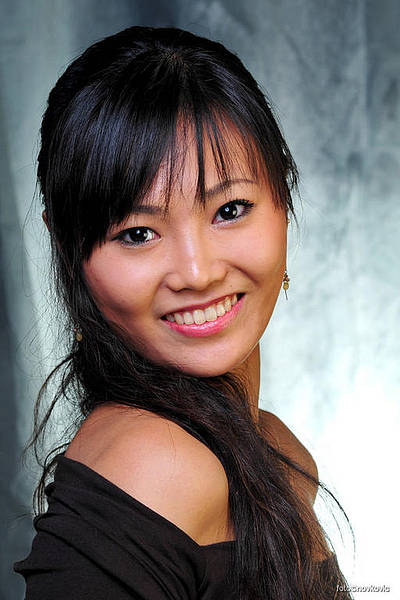 She has travelled around the world, performing solo parts with the Vienna Festival Ballet, the Norwegian National Ballet in Oslo, and the Suzanne Farrell Ballet from the United States, ultimately signing soloist contracts with the Compagnie Mezzo Ballet in France and the Croatian National Theatre in Zagreb. Her then repertoire includes the parts of Kitri and the Queen of the Dryads in Don Quixote, Odette/Odile and the Pas de trois in Swan Lake, Swanilda in Coppelia, the title role in Giselle as well as many solo parts in contemporary works.

Ebihara joined the Polish National Ballet in September 2011 and since then we have seen her as Gamzatti and in the Shadow solo in La Bayadère, as Our-Strong Woman and Our-Other Girl in Krzysztof Pastor’s ballet And the Rain Will Pass…, the Young Woman in Béjart’s The Rite of Spring, the Autumn and Spring Fairies in Ashton’s Cinderella, and in the Chinese Dance solo in The Nutcracker and the Mouse King. She created major solo part in Jacek Przybyłowicz’s Six Wings of Angels.

Yuka has started the 2012-13 season as a coryphée of the PNB and within a short time she has assumed a number of solo parts. In the performances of The Sleeping Beauty she has danced the parts of Princess Florine and Fairies of: the Courage, Diamonds and Liveliness. In the new ballet evening Echoes of Time we could watch her in the spectacular duets in Ashley Page’s Century Rolls, Forsythe’s Artifact Suite and Pastor’s Moving Rooms. In the end of the year 2012 she has also appeared several times in the main part of Klara in the The Nutcracker. Yuka Ebihara’s promotion to soloist from the 1st January 2013 was a crowning of all her achievements on our stage. The beginning of this year has brought her new successes: the roles of the Siren in Balanchine’s The Prodigal Son, Osilde in Pastor’s Tristan and the double role of Hippolyta-Titania in Polish premiere of Neumeier’s A Midsummer Night’s Dream. From September 2013 Yuka Ebihara is promoted to the rank of first soloist.