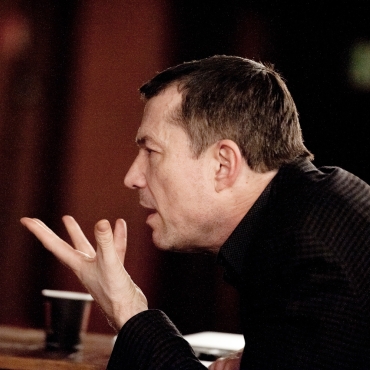 One of the most interesting talents among today’s stage directors. After graduating from the Latvian Academy of Music and the Film Actors’ Studio, he became a popular actor in Latvian and Russian films, and on the theater stage.

From 1996 to 2013 he was General Director of the Latvian National Opera as it’s. Under his leadership, the Latvian National Opera has developed into an internationally acclaimed company, one of the most progressive ones among the Eastern opera houses. Lead by Andrejs Žagars, the LNO took part in several international opera festivals and also toured to Taiwan, to Honkong, to Mexico and Beijing as well as in Europe.

He has staged productions on European opera stages and participated at the Maifestspiele festival in Wiesbaden and at the Kuresaare (Estonia) opera festival with The Flying Dutchman, as well as at the Savonlinna Opera Festival with The Demon. His Lady Macbeth was performed in Catania and at the Hong Kong International Arts festival. His Queen of Spades was shown in Bordeaux and Luxembourg.