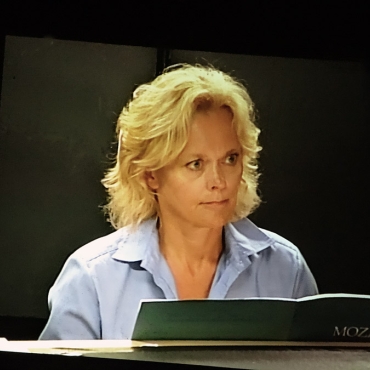 Pianist. She studied at the F. Chopin Academy of Music in Warsaw, Stanford University, and The Juilliard School, with such excellent teachers as Bronisława Kawalla, Jerzy Marchwiński, Sam Sanders, and Brian Zeger.

A recipient of many awards and prize-winner of music competitions. She was a vocal coach at The Juilliard School Opera Center and Voice Department in 1997-2002. She has also worked with the York City Opera, Metropolitan Opera and Di Capo Opera as well as prestigious music festivals, including the Tanglewood Music Festival, Bregenzer Festspiele, Ludwig van Beethoven Easter Festival.

She has focused mainly on chamber music since 1992. She is an active concert pianist performing at home and abroad, appearing at concert venues that include Carnegie Hall, Alice Tully Hall, Concertgebouw, Teatro Liceu, and the Kennedy Center. She has recorded for Polish Radio. She joined the Teatr Wielki – Polish National Opera in 2002, and has been manager of its soloists’ coaches since 2010.