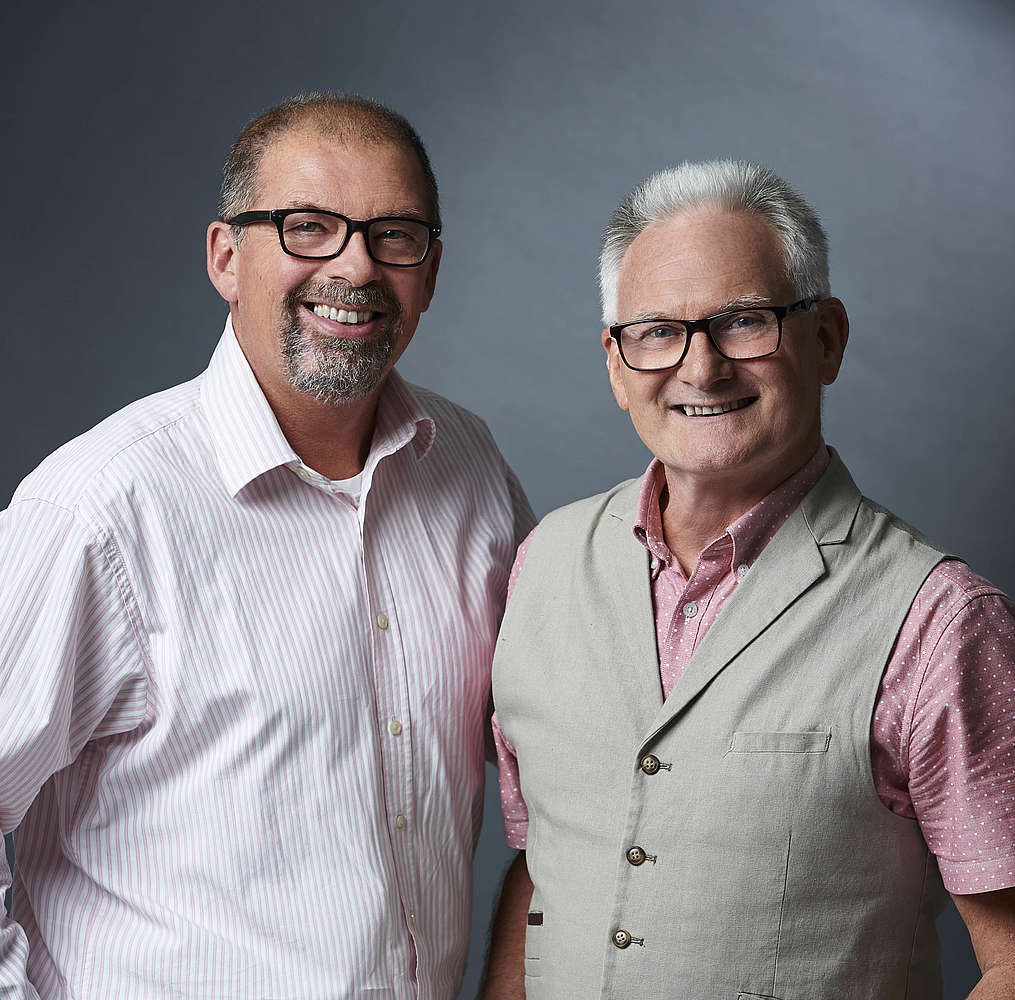 Phil R. Daniels trained at the Bristol Old Vic. He has designed work performed at the National Theatre (UK) and most major repertory theatres in the UK and for the BBC. He was nominated for best set design for Dracula in the Performing Arts West Australian Awards. Charles Cusic Smith trained at Glasgow School of Art and The Slade in London. He has been awarded the TMA Best Designer Award, the Manchester Even News award for Best Design, and Best Costume Design for Dracula in the Performing WA Australian Awards.

They usually work together. Their co-designs for ballet include Alice in Wonderland and Casse Noisette for Ballet du Capitole (Toulouse), Giselle and Raymonda for Vanemuine Theatre (Tartu, Estonia) and Pinocchio and the Golden Key (Passau, Germany), Spartacus for Hong Kong Ballet, Giselle for the Greek National Opera and English National Ballet, The Nutcracker for West Australian Ballet and different companies in France, Estonia, UK, Germany and Slovenia, and also The Three Musketeers and Romeo and Juliet for Estonian National Ballet.

They have designed together many operas, operettas, and musicals. Their credits include Aida, Nabucco, Der Rosenkavalier, Don Carlos, Cavelleria Rusticana, Pagliacci, Otello, Rigoletto, Czardasfurstin, The Cunning Little Vixen, Hello Dolly, Die Fledermaus on German stages, The Waltz Dream and Hello Dolly in Innsbruck, Il Trovatore in Hong Kong, Cavelleria Rusticana & Pagliacci in Estonia. They also designed sets and costumes for the European premieres of the musicals Follies and Pacific Overtures. Most recently they have designed a new version of Priscilla Queen of the Desert, which has been touring the UK.

In 2016 thirty of their theatre designs were acquired by the Victoria and Albert Museum in London for inclusion in the National Collection. The V&A also acquired two of Phil R. Daniel’s designs this year for safety curtains for two Frank Matcham theatres in the UK. Charles Cusick Smith’s costumes for Alice in Wonderland and The Nutcracker for the Ballet Du Capitol have been honoured with inclusion and used as the poster and book cover image for the major exhibition Contes de Fees at the Centre National du Costume de Scene in France.

Their current projects include the world premiere of Krzysztof Pastor’s Swan Lake for WA Ballet, the musicals Gypsy for Buxton Opera House, Me and My Girl in Germany and the Three Musketeers in Austria, and a world premiere of a new ballet version of Cinderella in Germany in 2023.