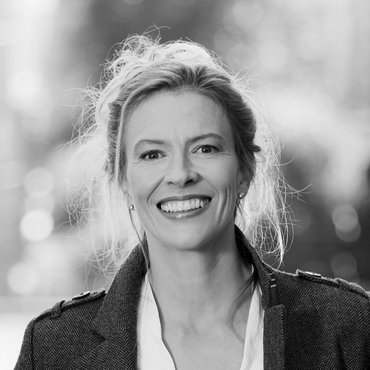 Charlotte Hellekant’s vocal expressiveness and strong stage presence are just two of her qualities which have helped build a career which is equally successful on both the opera stage and concert platform, performing repertoire ranging from the baroque to contemporary classics.

Hellekant has appeared on stage on both sides of the Atlantic, notably at The Metropolitan Opera, Opéra national de Paris and Glyndebourne Festival. Recent lyric roles include Charlotte (Werther) with Deutsche Oper Berlin and Carmen with Royal Swedish Opera, whilst outstanding Handel interpretations include Ino (Semele) at the Théâtre des Champs Elysées and Cornelia (Giulio Cesare) under Marc Minkowski for Opernhaus Zürich. She also sang Marguérite in La Fura dels Baus’ spectacular production of La damnation de Faust at Salzburger Festspiele under Sylvain Cambreling, sung the role of Judith in Duke Bluebeard’s Castle in concert at the Bergen Festival under Edward Gardner and last season she performed in Sasha Waltz & Guests’ new staging of L’Orfeo under the baton of Pablo Heras-Casado.

Recently Hellekant has inspired some of the world’s leading composers to write especially for her, including Toshio Hosokawa who created the role of Murasame for her in his acclaimed Matsukaze. Subsequently, Hosokawa wrote his monodrama The Raven for her, which she premiered in Brussels, Luxembourg, Amsterdam, Paris and Japan with Ensemble Lucilin. Hellekant also received particular acclaim for her tour de force performance as Sweden’s schizophrenic King Erik XIV – a role also created for her – in Mikko Heiniö’s eponymous opera.

In concert Hellekant is a regular guest with many notable conductors and orchestras, including Christoph von Dohnányi at the BBC Proms, Christoph Eschenbach and NDR Sinfonieorchester, Esa-Pekka Salonen and the Philharmonia Orchestra, Mariss Jansons and the Oslo Philharmonic Orchestra and Jukka-Pekka Saraste, the Finnish Radio Symphony Orchestra and Los Angeles Philharmonic under Gustavo Dudamel.

Concert performances in the 2015/16 season include a solo recital at the Macau Festival, Mahler’s Symphony No. 2 with the National Taiwan Symphony Orchestra under Lan Shui and Janáček’s Glagolitic Mass with the Orquesta y Coro Nacionales de España under Xian Zhang. Opera appearances include the Sasha Waltz & Guests’ production of L’Orfeo at Opéra de Lille and Hedvig Eleanora – a celebration of the 17th century Swedish regent, curated, produced and performed by Charlotte Hellekant at Drottningholms Slottsteater.