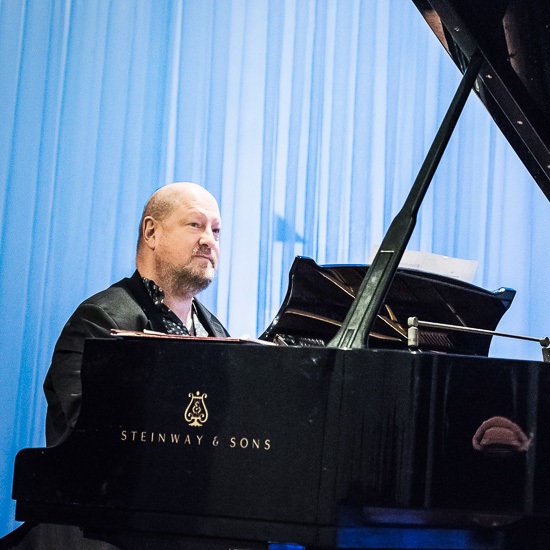 German-Israeli musician and teacher. Born in Israel, he studied at the Tel Aviv University, the Curtis Institute of Music in Philadelphia, and the Juilliard School in New York, when he started his career working as a coach at the Metropolitan Opera Young Artist’s Programme. He collaborated as pianist, coach and chamber musician with many of the world’s greatest conductors, directors and singers, at the Berliner Philharmonie, Wigmore Hall, the Rheingau Festival, Miskolc Festival, Rossini Festival in Bad Wildbad as well as Staatstheater Darmstadt, Oper Frankfurt, Oper Stuttgart, and Semperoper Dresden. His concerts have been broadcast by the radio stations NDR Hamburg and Deutschland Radio Berlin.

He is a valued teacher of opera and concert singers as well as pianists, currently working monthly with the Opera academy of the Polish national opera. Other teaching activities include Oper Frankfurt, Theaterakademie München, the Zürich opera, the Mikhailovsky theatre, Scuola d’Opera in Bologna, Staatstheater Stuttgart, Semperoper Dresden, Meistersinger Akademie in Neumarkt, Israeli Opera, San Francisco Opera, the Richard Tucker foundation, and the North Carolina University and the singing course of the Wroclaw Academy at Duszniki Zdrój.

He was artistic consultant to the Teatro Massimo in Palermo and Teatro San Carlo Napoli. Before that, he was the opera director of the Semperoper Dresden, casting director of the Stuttgart Opera and artistic advisor to the Ruhr2010 European capital of culture.