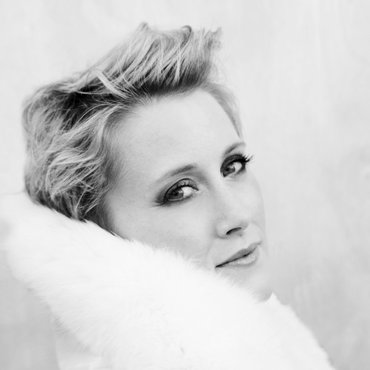 Future highlights include her return at Theater an der Wien as Matilda in Donizetti’s Elisabetta, regina d’Inghilterra, Celia in Mozart’s Lucio Silla with the Insula orchestra in a tour through Europe in venues such as Opéra Royal de Versailles, Grand Théâtre de Provence d’Aix-en-Provence, Theater an der Wien and the Philharmonie de Paris, her role-debut as Susanna in Le Nozze di Figaro with the Orchestra of the 18th Century, Brahms’ Ein deutsches Requiem in a tour through Europe with the Orchestre des Champs-Élysées under the baton of Philippe Herreweghe and she is scheduled to sing the world premiere of a newly composed work by Toshio Hosokawa for 2 Sopranos and Orchestra with the Tokyo Metropolitan Symphony Orchestra with concerts in Tokyo, Luxemburg and Berlin.

Ilse made her role debut as Pamina in Die Zauberflöte at the Stadttheater Klagenfurt and as Oscar in Un ballo in maschera at La Monnaie and other recent engagements include the role of La seconde fille in Philippe Boesmans’ worldpremiere of Au Monde at La Monnaie, Despina in a semi-staged production of Cosi fan tutte with the Orchestra of the 18th Century, Jemmy in a concert version of Guillaume Tell at La Monnaie and at the Concertgebouw Amsterdam, the title-role in Janáček’s Cunning Little Vixen at the Opéra National de Lyon and her debut at the Royal Opera House Covent Garden as Kitchenboy in Rusalka.

She sang Gilda in Rigoletto at the Festival in Alden-Biesen, the soprano part in Lady Sarashina by Péter Eötvös at the Polish National Opera in Warsaw and at the Opéra National de Lyon and past appearances at La Monnaie in Brussels include the roles of Noémie in Massenet’s Cendrillon, Antigone in Martinu’s Oedipe, 1st Blumenmädchen and 1st Knappe in Parsifal and Amanda in Ligeti’s Le Grand Macabre, a role she also performed at the Teatro Colon in Buenos Aires, Teatro dell’Opera di Roma and at the Adelaide Music Festival in Australia.

Ilse began her vocal studies at the age of 14 at the Lemmens Institute in Louvain/Belgium. On completion of her studies she was accepted to the New Opera Academy in The Netherlands in 2002, and graduated with her bachelors and Masters degrees in 2004 with Jard van Nes.

She was awarded first prize in the Euriade Vocal Contest in Kerkrade and she was the recipient of the Arleen Auger prize in the International Vocal Competition in ‘s-Hertogenbosch/The Netherlands, being awarded a special distinction for the finalist who excelled in all the three categories of Opera, Oratorio and Lieder. She was also awarded the Culture Prize for Interpretation from Youth and Music Flandres, and was awarded the 3rd prize at the ARD vocal competition 2006.