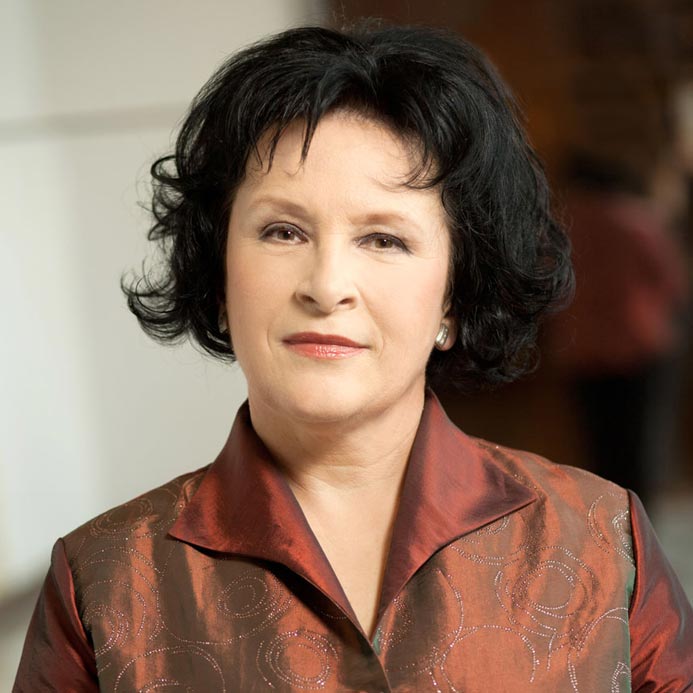 Izabela Kłosińska is a prominent Polish soprano and the casting director of the Polish National Opera since 2015. She graduated from the State Higher School of Music in Warsaw and made her professional debut as Musetta in La bohème. Her repertoire includes over 40 leading opera parts and an extensive body of oratorio and cantata works ranging from Baroque to contemporary music. At the Wielki she could be heard as Cio-Cio-San in Madama Butterfly, Mimi in La bohème, Roxana in King Roger, Marguerite in Faust, Violetta in La traviata, Elisabeth in Don Carlos, Nedda in Pagliacci, Hanna in The Haunted Manor, Donna Elvira in Don Giovanni, Micaëla in Carmen, Countess in The Marriage of Figaro.

Ms Kłosińska is a successful concert singer, performing works such as Stabat Mater by Dvořák, Szymanowski, and Pergolesi, Mozart’s Grand Mass in C Minor, Verdi’s Requiem, Bach’s Magnificat, and Beethoven’s Symphony No. 9. She is famous for her interpretations of the soprano parts in the oratorios of Górecki (Symphony No. 3 ‘Symphony of Sorrowful Songs’), Kilar (Missa pro pace, Magnificat), and Penderecki (Polish Requiem, Seven Gates of Jerusalem, Credo, St Luke Passion, Te Deum). She has recorded most of Krzysztof Penderecki’s works on CD and DVD. Her recording of Polish Requiem under Antoni Wit received a Japanese award in 2006. She enjoys a successful partnership with the Warsaw Philharmonic Orchestra. In 2000 she took part in the Warsaw Philharmonic Orchestra and Choir’s jubilee tour marking the centenary of the Warsaw Philharmonic Hall, on which she performed Verdi’s Requiem under Kazimierz Kord. She also participated in the world premiere and recording of Wojciech Kilar’s Missa pro pace celebrating the centenary of the Warsaw Philharmonic Hall. She often performs with the NOSPR and has worked with all of Polish philharmonic orchestras. She is associated with many Polish and European festivals (Warsaw Autumn, Wratislavia Cantans, Maastricht Festival, Festival of Contemporary Music in Alicante, and others).

Izabela Kłosińska is often invited to sit on juries of many Polish and international singing competitions, including the NYIOP international opera auditions. She is a prized educator, a professor of the Fryderyk Chopin University of Music in Warsaw since 2012, and one of the leading coaches of the Opera Academy since the talent development programme was launched at the Polish National Opera. She is a member of the committee of the Cyprian Kamil Norwid Award and Jan Kiepura Music Award. In 2019 she received a Gold Gloria Artis Medal for Services to Culture.