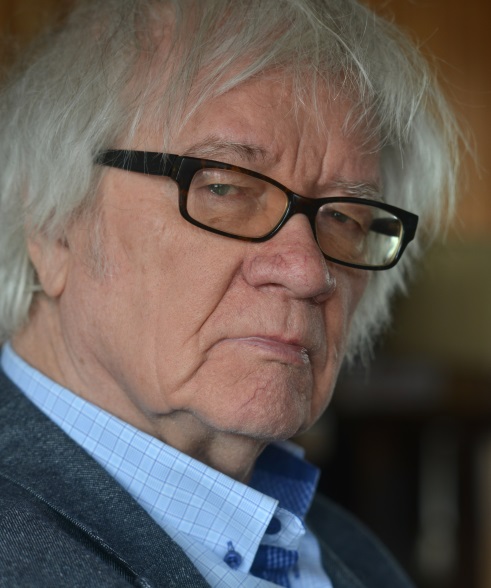 Born on 12 February 1930 in Bogucice, near Kraków, Poland, Józef Wilkoń is an excellent illustrator, painter, sculptor, poster and stage designer, as well as author and educator. He studied painting at the Academy of Fine Arts in Kraków and history of art at Jagiellonian University in Kraków. He illustrated over two hundred books for children and adults, published both in Poland and abroad, and wrote around a dozen children’s books. His sculptures and illustrations were exhibited worldwide, from the Centre Pompidou (1989) to the Zachęta National Gallery of Art in Warsaw, whose Wilkoń’s Ark  exhibition attracted record audiences in 2006/2007. His works are held by a range of international galleries and museums, including Le Musée de l’Illustration Jeunesse in Moulins, France; the Oshima Museum of Picture Books, the Chihiro Art Museum Azumino, and the Karuizawa Picture Book Museum in Japan; or the Museum of Literature and the National Library in Warsaw.

He is a recipient of many awards and distinctions, including accolades of the Polish Section of IBBY, gold medal of the IBA International Book Art Exhibition in Leipzig (1959); Deutscher Jugendliteraturpreis (1964); Premio Grafico at the International Book Exhibition in Moscow (1974); Premio Europe in Padua (1975); Premio Grafico at the International Children’s Book Fair in Bologna (1980, 1991); Loisirs Jeunes (Paris, 1980); Grand Prix in Montreuil (1991); Graine de Lecteurs (Arles, 2000); Andersen Premio (Geneva , 1998), The Owl Prize (Tokyo, 1984).

Written and illustrated by Józef Wilkoń, the book Psie życie was named ‘the most beautiful’ book published in Poland (2011) by the Polish Society of Book Publishers and won the bronze medal of the Best Book Design From All Over The World (2013).

Most recently, Józef Wilkoń has designed and illustrated a commemorative edition of Don Quixote by Miguel de Cervantes (1547–1616) in a Polish translation by Anna Ludwika and Zygmunt Czernych. The two-volume publication was issued by Fundacja Chain under the patronage of the Ambassador of Spain to Poland to mark four hundred years since the great Spaniard’s death.

The artist received the Golden Gloria Artis Medal for Services to Culture (2006) and the Knight’s Cross of the Order of Colonia Restituta (2010).