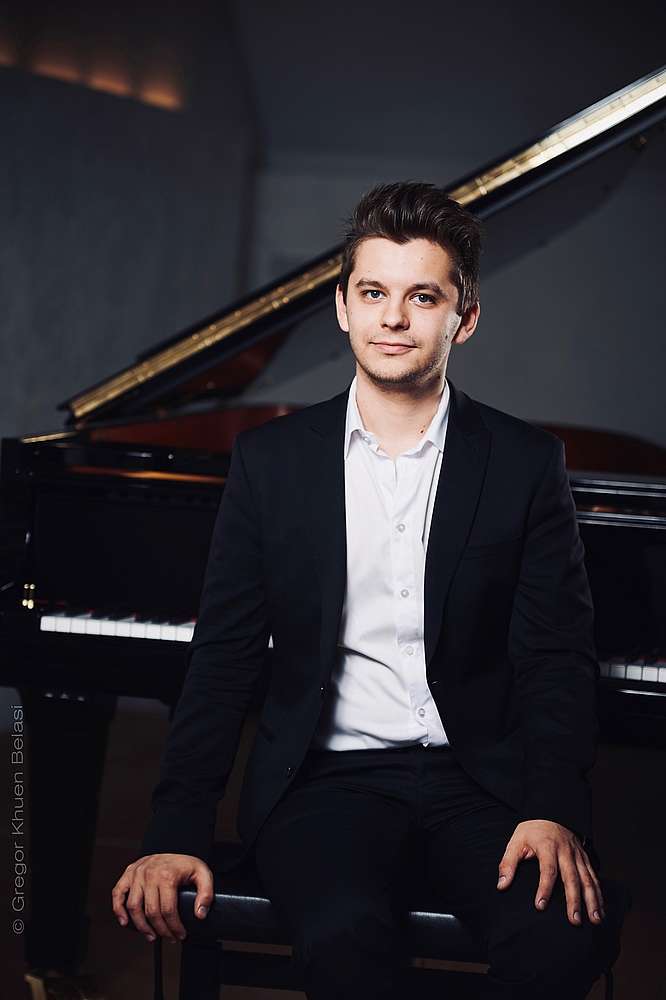 A student of Ewa Pobłocka at Bydgoszcz Academy of Music, Kamil Pacholec previously studied with Wojciech Świtała at the Katowice Academy of Music. He has also taken part in masterclasses given by such artists as Dang Thai Son, Arie Vardi, Pavel Gililov, Andrzej Jasiński, Katarzyna Popowa-Zydroń and Tamas Ungar. He began learning piano at the age of seven. Four years later, he gave his first concert with the Kielce Philharmonic Orchestra. He won the 47th Polish National Fryderyk Chopin Piano Competition in Katowice (2016), in which he also scooped the special prizes for a solo work and a piano concerto by Chopin. He has also won first prize in the Livorno International Piano Competition (2018), second prize and numerous additional prizes in the 11th Ignacy Jan Paderewski International Piano Competition (2019), and prizes in a number of other national and international piano competitions. He has performed in Poland, France, Italy, Ukraine, the US and Japan. He has given recitals at many renowned piano festivals, including the Duszniki Zdrój International Chopin Festival, Chopin à Paris, the Nohant Chopin Festival, the Paderewski Festival in Raleigh, US, and the Chopin Festival in Omotesandō, Tokyo. He has appeared many times as a soloist with the Kielce and Zielona Góra philharmonic orchestras, Lviv Virtuosos Orchestra, and Orchestra of the Karol Szymanowski Academy of Music in Katowice. A former scholarship holder of the Polish Ministry of Culture and National Heritage, the Prime Minister of Poland, and the Polish National Children’s Fund, he has also received awards from his home town of Kielce for outstanding young talents. Since 2016 he has benefitted from the Fryderyk Chopin Institute’s Young Talents programme. In 2018 he was awarded the Young Poland scholarship funded by the Minister of Culture and National Heritage of Poland.