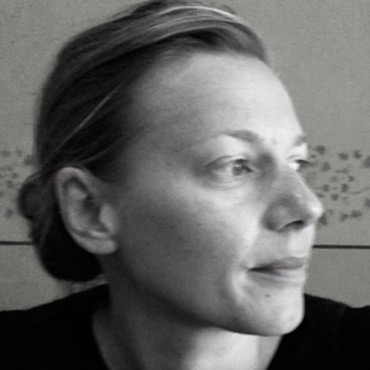 She was born in Stuttgart in 1972. She studied architecture at the Staatliche Akademie der Bildenden Künste Stuttgart and the Bartlett School of Architecture in London. She has worked as an architect in the offices of hg Merz Architects (Berlin), 1100 Architect (New York) and Sauerbruch Hutton Architects Berlin. Since 2004 she has had her own Atelier for Architecture and Set Design in Berlin.

Pia Maier Schriever has been collaborating with Sasha Waltz for many years on stage installations for opera and dance productions including Roméo et Juliette in 2007 at the Opéra National de Paris/Opéra Bastille, Continu in 2010 at the Schauspielhaus Zurich, Matsukaze in 2011 at the Théâtre Royal de la Monnaie in Brussels and in 2012-2013 at the Berliner Staatsoper as well as Roméo et Juliette in 2013 at the Teatro alla Scala in Milan. In 2013 Pia Maier Schriever received an artist’s scholarship from the Deutsche Akademie Villa Massimo in Rome. Pia Maier Schriever lives and works in Rome and Berlin.