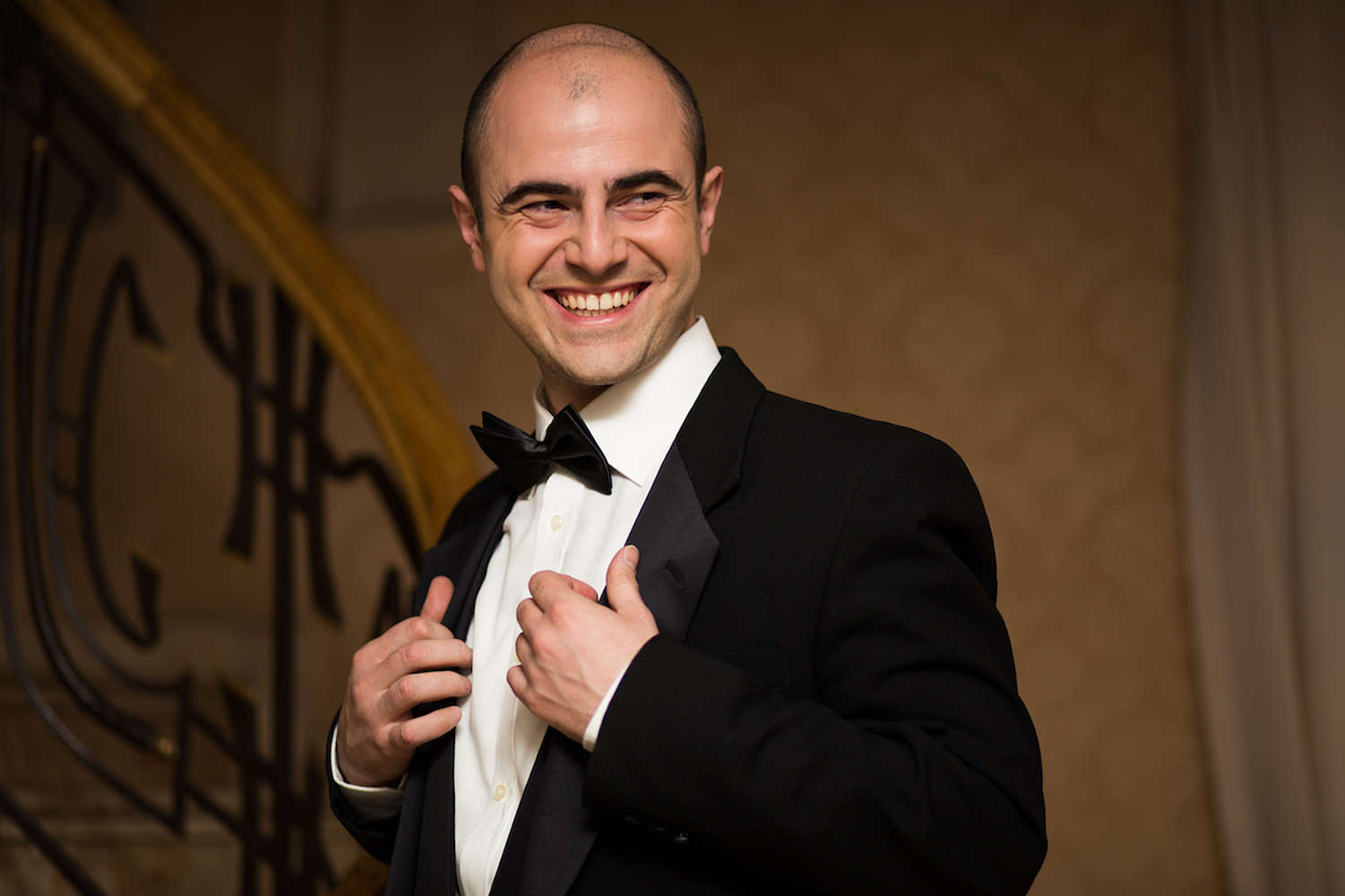 Georgian tenor Otar Jorjikia is rapidly establishing himself as one of the most exceptional tenors of his generation, and is a recipient of several prestigious prizes such as first prize at the 2016 Galina Vishnevskaya International Opera Singer’s Competition. Since graduating from the Tbilisi State Conservatoire in 2013, Otar has made several house debuts at Opernhaus Zürich, Bolshoi Theatre, Mariinsky Theatre, Lithuanian National Opera, Teatro Communale de Bologna, Teatre Guiseppe Verdi, Teatro Reggio di Parma, Teatro All’antica, and Vienna’s Raimund Theater.

During the 2017/18 season, Mr Jorjikia makes his Teatr Wielki house debut (Duke in Rigoletto) in addition to making his Australian debut with Opera Australia (Don José in Carmen). He also returns to both the Mariinsky Theatre and the Lithuanian National Opera for performances of Simon Boccanegra, La bohème (Rodolfo), and La traviata (Alfredo). In concert, Otar will perform with the Orchestre National de Lyon in Beethoven’s 9th Symphony.

Highlights of the 2016/17 season include debuts at the Bolshoi Theatre (conducted by Tugan Sokhiev) and the Lithuanian National Opera, both as Alfredo in La traviata. What is more, Mr Jorjikia performed in Simon Boccanegra at the Mariinsky Theatre with Placido Domingo, conducted by Valery Gergiev, and several times at Opernhaus Zürich, where he made his role debut as King Gustavo III in Verdi’s Un ballo in maschera alongside Sondra Radvanovsky (Amelia) and George Paetan (Renato), under the baton of Fabio Luisi. As a member of the International Opera Studio at Opernhaus Zürich, the artist made multiple appearances in performances of Macbeth and Don Carlos.

Looking ahead to future seasons, the artist will perform at Basel Opera and Opernhaus Zürich in the productions of Madama Butterfly and Nabucco. Mr Jorjikia repertoire includes Duke in Rigoletto, Gustavo in Un ballo in maschera, Don Alvaro in La Forza del destino, Alfredo in La traviata, Rodolfo in La bohème, Lensky in Eugene Onegin, Don José in Carmen, Edgardo in Lucia di Lammermoor, Cavaradossi in Tosca, and Pinkerton in Madama Butterfly.