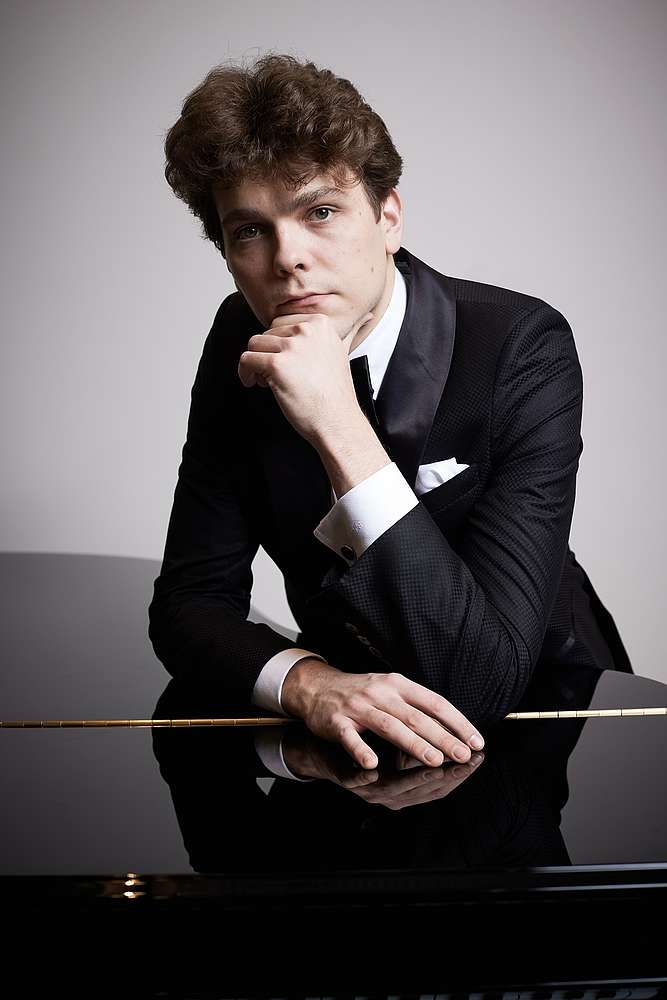 Szymon Nehring is the winner of the Arthur Rubinstein International Piano Competition in Tel Aviv (2017) and a prizewinner of the International Fryderyk Chopin Piano Competition in Warsaw (2015), where he received a honourable mention, the audience prize and numerous additional prizes. In 2015 he was awarded a Krystian Zimerman scholarship. He studied with Stefan Wojtas at Bydgoszcz Academy of Music and with Boris Berman at the Yale School of Music (2017–2019).

He has performed with most of the Polish orchestras, including the Warsaw Philharmonic, NOSPR, National Forum of Music Orchestra in Wrocław, Santander Orchestra, and Sinfonia Iuventus, as well as the philharmonic orchestras of Israel and Calgary, the Bamberg Symphony Orchestra, and the Orchestra of the 18th Century, under the baton of such conductors as Jerzy Maksymiuk, Jacek Kaspszyk, Antoni Wit, Grzegorz Nowak, Pablo Heras-Casado, Giancarlo Guerrero, John Axelrod, Krzysztof Penderecki, and Lawrence Foster.

He has appeared at Carnegie Hall, Elbphilharmonie in Hamburg, Palau de la Música Catalana, Konzerthaus Berlin, DR Koncerthuset in Copenhagen, Musikverein in Vienna. and Herkulessaal in Munich. He has performed several times at the Chopin and his Europe festival.

Mr Nehring’s debut CD featuring Polish music won many prestigious awards. The year 2016 brought the release of his recordings featuring the Chopin concertos (Sinfonietta Cracovia, cond. Jurek Dybał and Krzysztof Penderecki) and Penderecki’s ‘Resurrection’ Piano Concerto under the composer’s baton. The Fryderyk Chopin Institute released his recordings from the Chopin Competition in its Blue Series as well as Mr Nehring’s solo studio recording (2017), which was his first recording on a period instrument, and an album of Chopin chamber pieces recorded with Marcin Zdunik and Ryszard Groblewski (2020).

In 2019, at an invitation from the Orpheum Foundation programme, Mr Nehring performed with the Tonhalle Orchester Zürich under the baton of David Zinman. In 2020 he made his debut at the Berlin Philharmonic. Szymon Nehring is represented by the Ludwig van Beethoven Association.