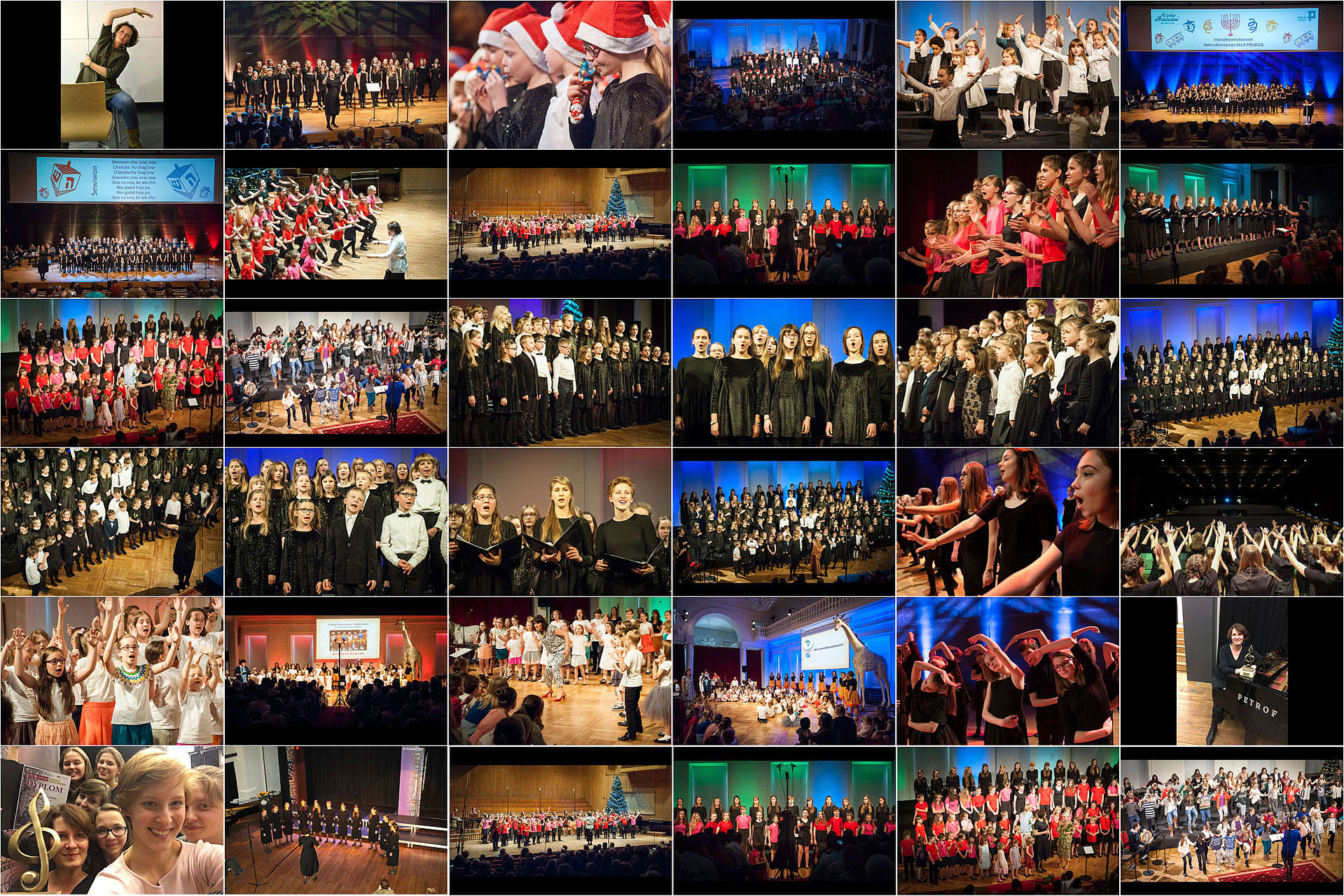 The choir’s repertoire includes a wide range of various non-instrumental pieces from different periods and genres, ranging from Renaissance to contemporary music, and from classical, to folk, to popular compositions. The choir also performs vocal-instrumental masterpieces such as Verdi’s and Mozart’s Requiems, Orff’s Carmina Burana, Beethoven’s Symphony No. 9, Mendelssohn’s Elijah, Bach’s Mass in B minor, and Rachmaninoff’s All-Night Vigil.

Since 2015 the ensemble has been organising the annual University of Warsaw Choir Spring Festival. Between 2014 and 2016 the choir took part in the festival Singing Europe held by the National Forum of Music in association with Paul McCreesh. The choir performed during the opening ceremony of UEFA Euro 2012 at the National Stadium, Warsaw and recorded the national anthems of all teams participating in the tournament to be played before their football matches. The ensemble recorded the soundtrack for the movie Świteź and has participated in various social campaigns, charity projects, and artistic events.

Awards and accolades include: Grand Prix of the Legnica Cantat Choir Tournament (2011), Grand Prix of the festival Vivat Academia in Warsaw (2015), gold medals of the Festival of Advent and Christmas Hymns (2015) and the 7th Ars Liturgica Competition in Gniezno, Poland (2016), International Choir Festival in Niš, Serbia (2012), bronze medal of the 10th Busan Choral Festival & Competition, South Korea (2014), Grand Prix and four other prizes at the 25th International Festival of Academic Choirs in Pardubice, Czech Republic (2018). In 2006 the choir won a Fryderyk Award for a recording of M. Borkowski’s Dies Irae (Baird, Łukaszewski, Błażewicz, Borkowski, Musica Sacra). The choir’s latest album, All-Night Vigil by Rachmaninoff, was nominated for a Fryderyk.