History of the Polish National Ballet 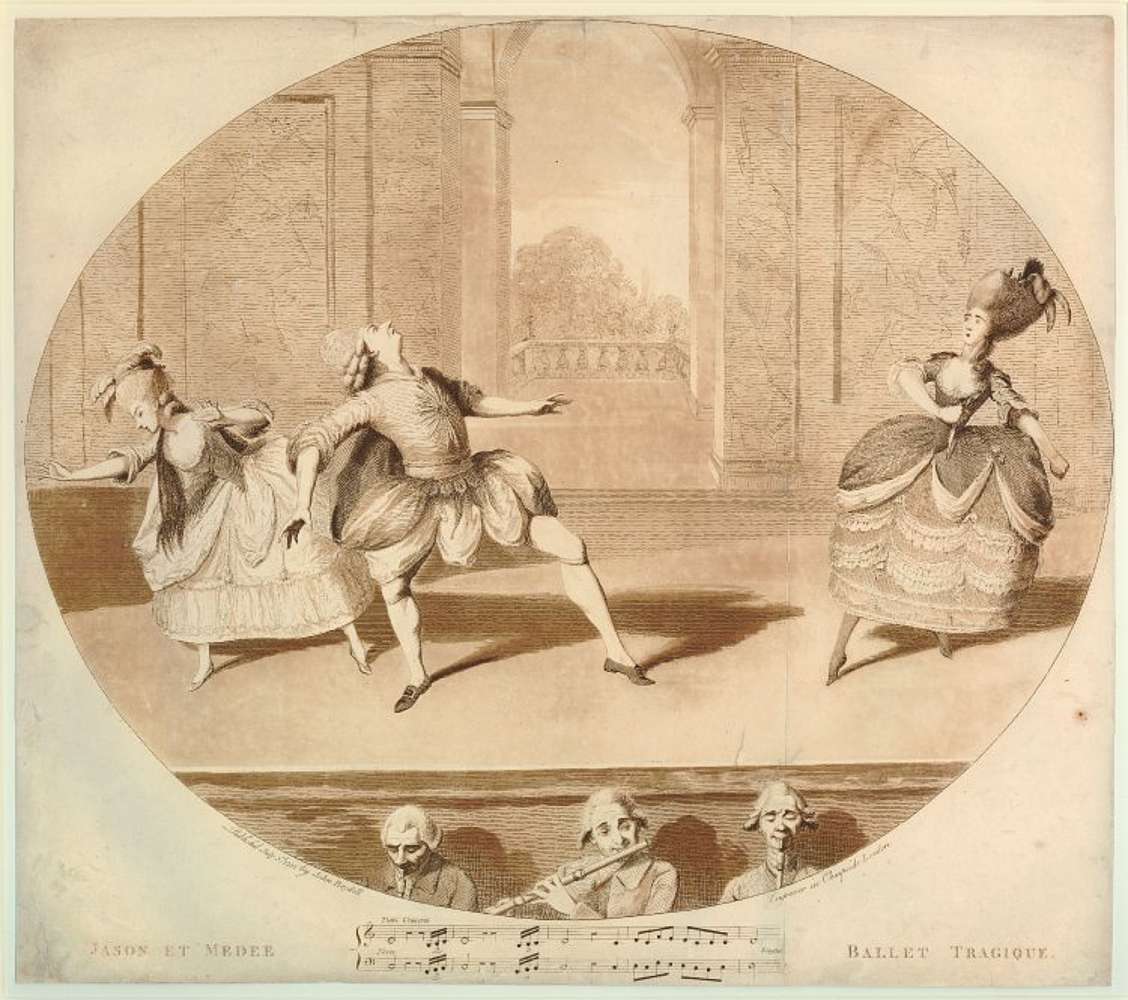 Ballet productions started being performed at the Polish royal court in the first half of the 17th century. The court theatre of King Ladislaus IV Vasa (1633-1648) presented ballet scenes in Italian opera productions. For many years, though, practically only foreign dancers performed in Warsaw. Famous European ballet-masters worked for the Polish court: Louis de Poitiers, Charles Duparc, Jean Favier, Antoine Pitrot, Antonio Sacco, and Francesco Caselli. The greatest dancers of the time performed on the Warsaw stage: Louis Dupré (1724-1726), Charles Le Picq with Anna Binetti (1765-1767), Gaetano Vestris (1767), and many others. In 1766, even the great Jean-Georges Noverre applied for the position of ballet-master in Warsaw, though unsuccessfully. He dedicated and sent his famous reformatory work Théorie et pratique de la danse to King Stanislaus Augustus. The work has survived to this day, and is housed in the Warsaw University Library’s Picture Collection.

Pictured: Gaetano Vestris as Jason in Médée et Jason; Vestris danced this role as a guest in Warsaw in 1767, when he choreographed it on his own after Noverre. Caricature by Nathaniel Dance (1781)

THE THEATRES OF STANISLAUS AUGUSTUS 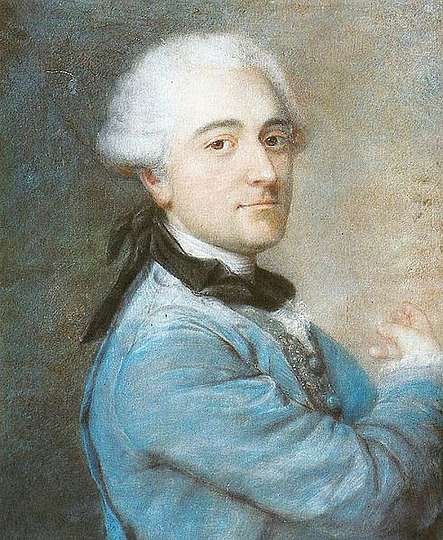 The theatres of King Stanislaus Augustus in the years 1765–1785 employed many Italian, French and Austrian dancers and ballet-masters. In Warsaw, they staged and danced all the most fashionable ballets from the repertoire presented by the theatres of Venice, Paris and Vienna as well as creating their own original choreographies. The first Polish soloist and ballet-master of this period was Maciej Prenczyński, who not only danced in Warsaw and at the court theatres of Polish magnates, but also performed at Venice’s famous Teatro San Benedetto (1773/74) and in Vienna (1775/76).

In 1785 King Stanislaus Augustus became the patron of a group of 30 home-grown dancers who had trained earlier in Lithuania at the estate of Count Antoni Tyzenhauz. This first professional Polish ballet company, known as His Majesty’s National Dancers, formed the beginnings of Polish ballet. It was run by François Gabriel Le Doux from Paris and Daniel Curz from Venice – ‘the fathers of Polish national ballet’. In those days, other ballet-masters also came to work in Warsaw for a time, among them the legendary dancer and choreographer Charles Le Picq (autumn 1785), who not only gave guest performances but also staged six different ballets here. The leading Polish dancers of the time were: Michał Rymiński, Marianna Malińska, Dorota Sitańska, Adam Brzeziński, and Stefan Holnicki – the most talented alumni of the Lithuanian dance school of Count Tyzenhauz. Le Doux later ran Warsaw’s first private ballet school, training more and more new Polish dancers. The Polish National Ballet is heir to the traditions dating back to those times. 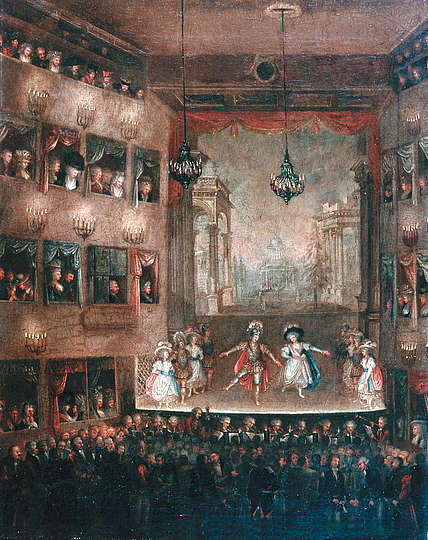 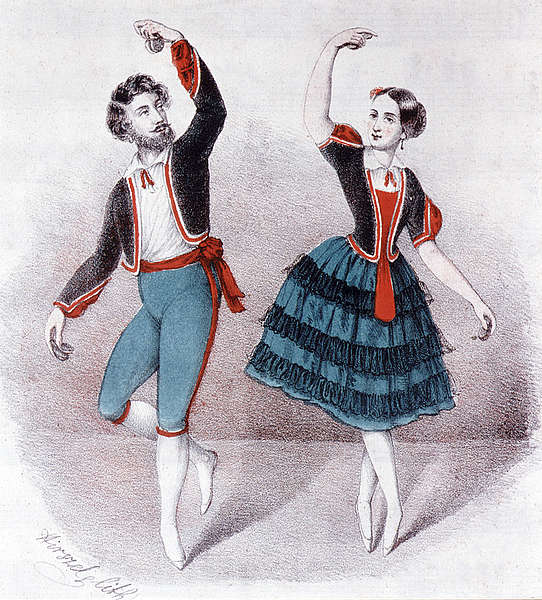 In the Romantic period, the Warsaw ballet was regarded as one of Europe’s leading ensembles, rivalling theBallet of the Parisian Opera, and the St Petersburg ballet. The ballet company was headed, among others, by two outstanding French ballet-masters, Louis Thierry (1818–1823) and Maurice Pion (1824–1843), and its repertoire included the most famous European works as well as original ballets by Polish choreographers to the music of Polish composers. Thierry also organized a new ballet school in Warsaw; next to him, initially the teachers were Henri Debray and Maurice Pion from France, who were later replaced by Polish teachers. Poland hosted great Italian choreographer Carlo Blasis (1856), and the legendary Filippo Taglioni was the director of the Warsaw ballet company from 1843–1853. The stars of the Warsaw ballet at this time included, in succession: Julia Mierzyńska, Antonina Palczewska, Karolina Wendt, Konstancja Turczynowicz, sisters Anna and Karolina Straus, Maria Frejtag, and Kamila Stefańska (who later became the Baroness von Kleydorff, wife of a Hesse prince, Emil zu Sayn-Wittgenstein-Berleburg); their partners were: Maurice Pion, Mikołaj Grekowski, Roman Turczynowicz, Feliks Krzesiński (Felix Kschessinsky), Hipolit Meunier, brothers Aleksander and Antoni Tarnowski. Guest performers in Warsaw included: Helena Schlanzowska, Maria Taglioni, Carlota Grisi, Nadezhda Bogdanova, Paolo Taglioni, and Claudina Cucchi. 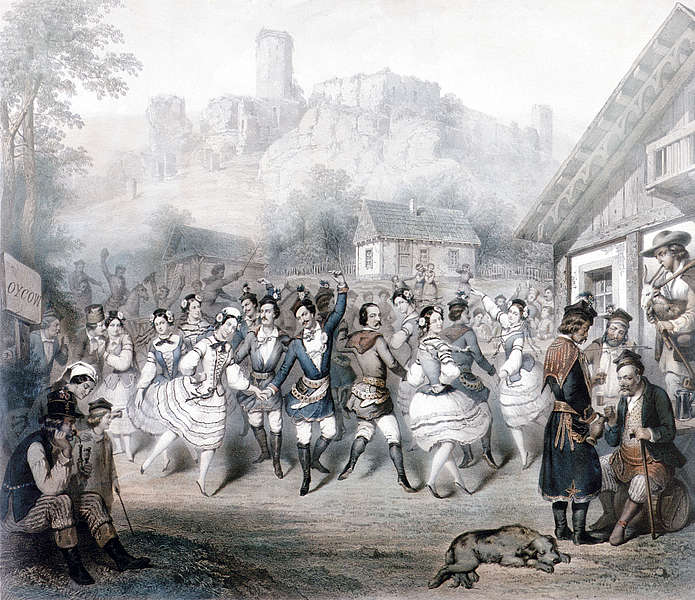 The choreographer and teacher Roman Turczynowicz was an outstanding Polish ballet-master of the Romantic period. In the late 1840s and in the 1850s, he fulfilled a role similar to that played by August Bournonville in Copenhagen. Unfortunately, Poland’s stormy history destroyed the achievements of national choreography of that time, and after Turczynowicz, barely a memory survived in the pages of the history of ballet. The National Ballet School in Warsaw is named after him. 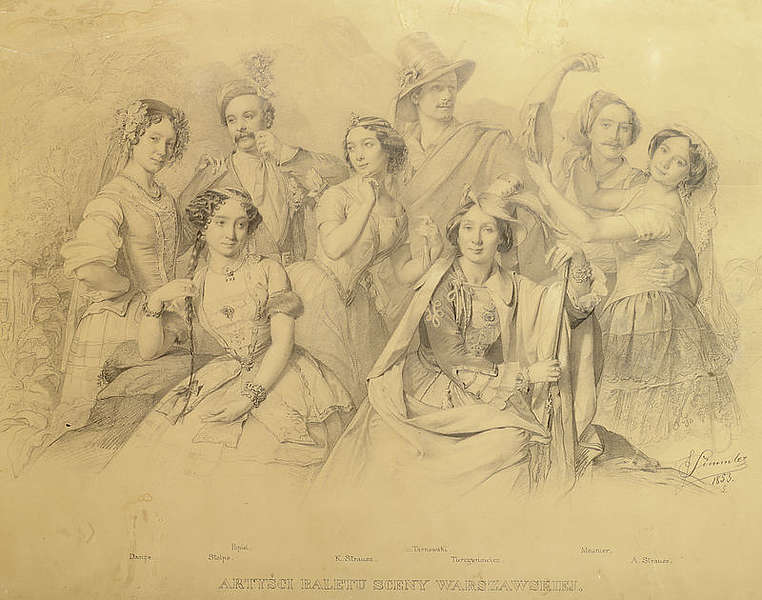 During the first 48 years of its existence, the Warsaw ballet worked in the National Theatre building at Krasińskich Square, together with opera and drama groups. In 1833, a new theatre building was erected in the centre of Warsaw, known today as the Teatr Wielki – Polish National Opera, which continues to be the residence of the Warsaw ballet. During the war and the years of occupation (1939-1945), the ensemble suspended its activities and the theatre building was completely destroyed. Afterwards, the ballet and opera used substitute theatre halls. It was only after the reconstruction of the Teatr Wielki was completed in 1965 that both groups gained one of the biggest and most modern theatres in Europe as their residence.

A new Ballet School was set up in Warsaw (1950), modelled on the Russian school of classical dance. Leon Wójcikowski (Woizikovsky), a former soloist of Sergei Diaghilev’s Ballets Russes, played a significant role in the development of the Warsaw School. Many Polish dancers were trained by this outstanding teacher. 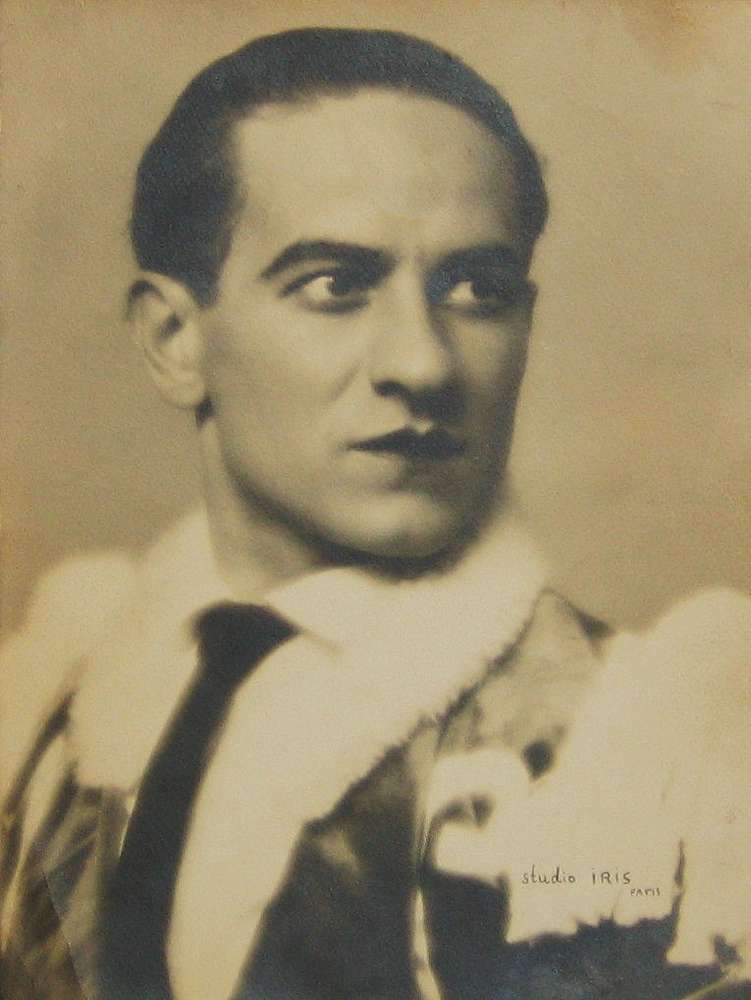 The Ballet of Teatr Wielki – Polish National Opera has been on many tours, visiting most European countries as well as the United States and Canada, Argentina and Brazil, China, Israel and Taiwan.