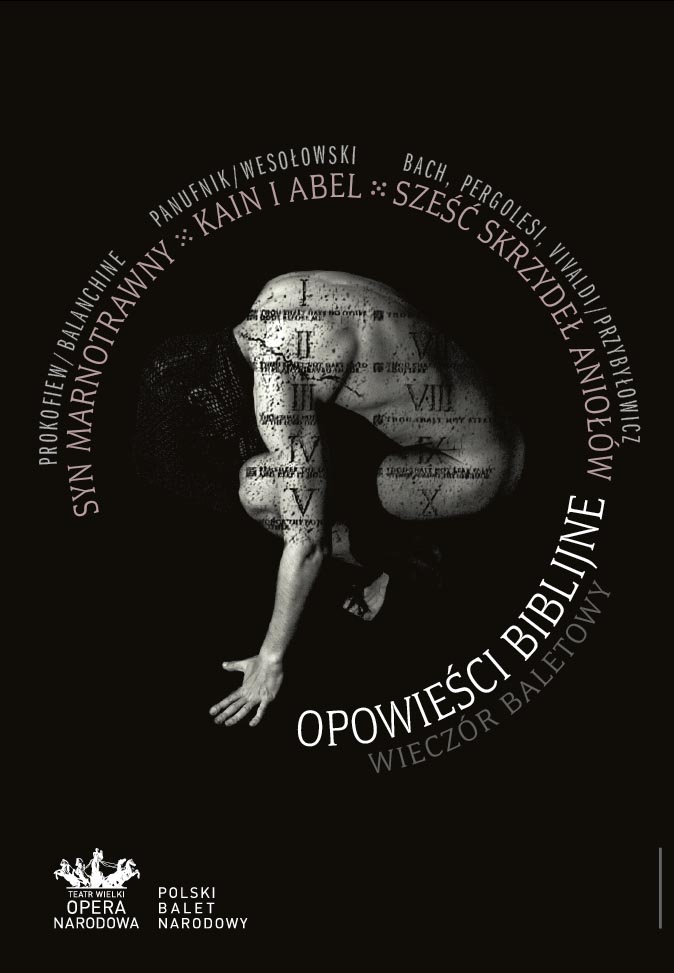 The Old and the New Testament – holy books of the European civilisation, an account of beliefs, universal truths and parables, a bottomless source of inspiration for culture. The new production of the Polish National Ballet proposes a moment of shared reflection on selected biblical themes.

Sergei Prokofiev’s The Prodigal Son takes its story from the parable in the Gospel of St. Luke. The world premiere of George Balanchine’s choreography in Paris (1929) was the last great achievement of Diaghilev’s Ballets Russes. The version became part of the contemporary ballet canon and continues to be staged around the world to this day. It is time for the Polish audiences to see it as well. Characters form Exodus keep returning on the ballet stage. There was once a famous choreographic adaptation of Cain and Abel, staged in London by Kenneth MacMillan, for which the Polish composer Andrzej Panufnik put together music from his symphony works. Our choreographer, Emil Wesołowski, has decided to follow the same path. However, he is proposing his own version of the age-old myth, with a slightly different selection of Panufnik’s music. Another new piece making up the triple bill is Jacek Przybyłowicz’s Six Wings of Angels, in which the choreographer makes a poetic reference to yet another biblical message with the help of great Baroque music.