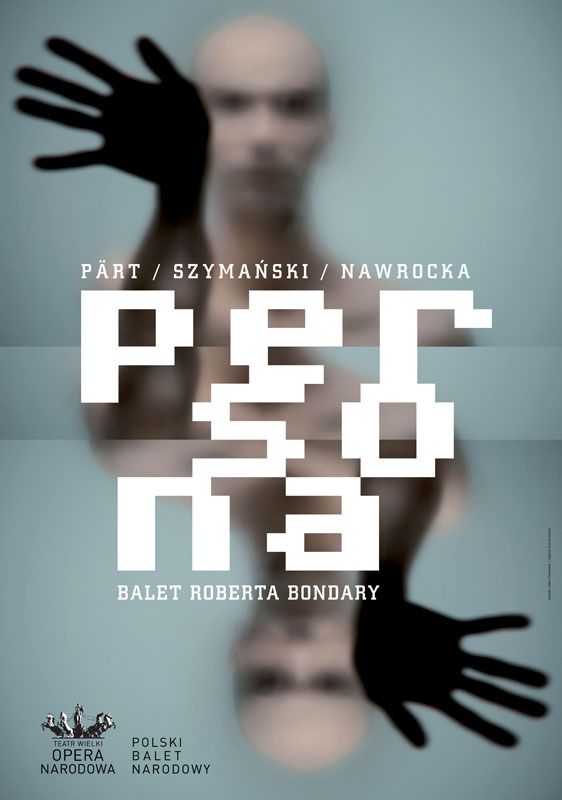 ‘To be a man means never to be yourself,’ claimed Witold Gombrowicz. These words define the path that young choreographer of the Polish National Ballet and participant of the first choreographic workshop at the Teatr Wielki, Robert Bondara tries to follow in his new piece Persona. After his miniatures Andante con moto, When You End and I Begin…, and The Garden’s Gates were put on in Warsaw, he staged a major work, The Captive Mind based on Czesław Miłosz, at the Opera Nova in Bydgoszcz. Before this took place, he had been commissioned to devise a full-fledged original ballet for the Teatr Wielki’s Chamber Stage, or Młynarski Hall. He called it Persona and set to music by three composers: Arvo Pärta (Fratres, Silentium), Paweł Szymański (Five Pieces For String Quartet, Compartment 2 Car 7) and a new piece by Aldona Nawrocka.

This is what Robert Bondara writes about the idea behind the project:

Human existence is inextricably linked to acting in accordance with certain sociocultural norms. This makes it necessary to adjust to existing standards, which allows people to avoid conflicts and gain a sense of being accepted. Thus, people put on masks, trying to play different roles, adopting the attitudes and behaviours expected of them. Jung called this phenomenon ‘persona’. The stronger it is, the greater the chasm between the way someone behaves around other people and when he or she is alone. To what extent, then, are we autonomous, unique beings, or just a reflection of the society and other people?