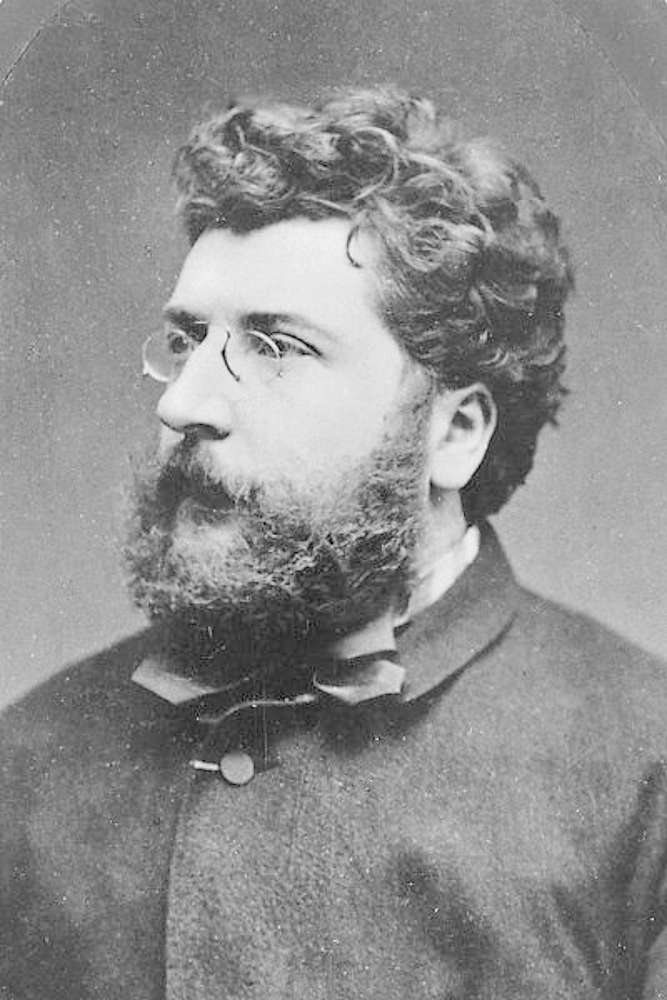 Georges Bizet (1838–1875) spent his short life writting operettas and operas. Two gained general recognition: Les pêcheurs de perles (The Pearl Fishers) and Carmen. We know of five more, perhaps fifteen, if you count incomplete, damaged, and lost pieces. Only a few have been staged. He was not lucky in the libretto department. He wrote operas about an emir’s gusle, Tsar Ivan the Terrible, Patriarch Noe, King of Thule, the Cid… Word had it that his pieces were boring; that he had strong technique but lacked creativity. His early Symphony in C major was properly appreciated only in the 20th century, when George Balanchine used it as a setting for his famous ballet (1947), also staged in Warsaw (1972).

Bizet was a talented child. At the age of nine he was admitted to the Paris Conservatoire, where he studied the piano, organ, and composition under Fromental Halévy, the author of the opera La Juive, or The Jewess, (and Bizet’s future father-in-law). His operetta Le docteur Miracle, or Doctor Miracle won a competition organised by Offenbach (1857), while his cantata Clovis et Clotilde received the Grand Prix de Rome – in accordance with the rules and regulations, he had written it in 22 days in isolation. During his stay in Italy made possible by the bursary, Bizet composed the opera buffa Don Procopio (1859). The music stages of Paris, the Grand Opéra, Opéra-Comique, Théâtre-Lyrique, and Théâtre Italien, did not wait with bated breath for young Bizet’s return. While he was abroad, they were more than happy to stage works by Meyerbeer, Thomas, Verdi, Wagner, Gounod, or Massenet. Bizet earned his living as a teacher and accompanist; he was an excellent pianist and could read sheet music very well. He would arrange dance music and prepare piano reductions of operas, including Mozart’s Don Giovanni and Gounod’s Faust. His exotic, Ceylon-set Les pêcheurs de perles were given their debut on stage (1863), yet the name of the composer was not revealed until the curtain at the Théâtre-Lyrique went down on the performance. Leaving the theatre, the audience were humming Nadir’s song from Act I, ‘Je crois entendre encore,’ which soon became a hit sung by the globe’s most famous tenors. Based on Walter Scott’s convoluted novel, Bizet’s La jolie fille de Perth, or The Fair Maid of Perth (1867) opened on the same stage. During the Franco-Prussian war of 1870–71 (Bizet fought in the artillery), the theatre burnt down. His one-act, opéra comique Djamileh after Alfred de Musset exploring oriental themes was commissioned by the Opéra-Comique (1872). He also composed a suite made up of four fragments from his incidental music to Alfons Daudet’s play L’Arlésienne (The girl from Arles) – it was a success (1872).

In 1873 he was handed the libretto of Carmen, considered by most as the best opera libretto ever written. Yet Bizet was in no hurry to write the music. He had a wife and a little son; he was writing other pieces. The management of the Opéra-Comique delayed the premiere. The have been voices calling the story immoral and the music too modern. Bizet completed the opera’s extensive score in the summer of 1874. On the day of the premiere, 3 March 1875 he received the Legion of Honor and awaited Carmen’s opening in a state of exhilaration. He believed the composition was ‘entirely clear and vigorous; vivid and full of melody’. It turned out the audience had expected a somewhat happier story, while spoken dialogues, characteristic for the genre of opéra comique, fell flat. General consternation followed.

Bizet paid for the flop with two heart attacts, a bout of fever, and finally his life. Aged thirty-seven, he was in fact dying of grief over Carmen’s failure to please the Parisian audience. Yet, on the night of his passing (he died in the early hours of 3 July 1875), the opera had already had a successful run of over thirty performances and it was about to be staged in Vienna. With recitatives instead of dialogues, the opera soon won the world over. Warsaw saw it in July 1882 on the stage of the no longer existing Summer Theatre in the Saxon Garden.