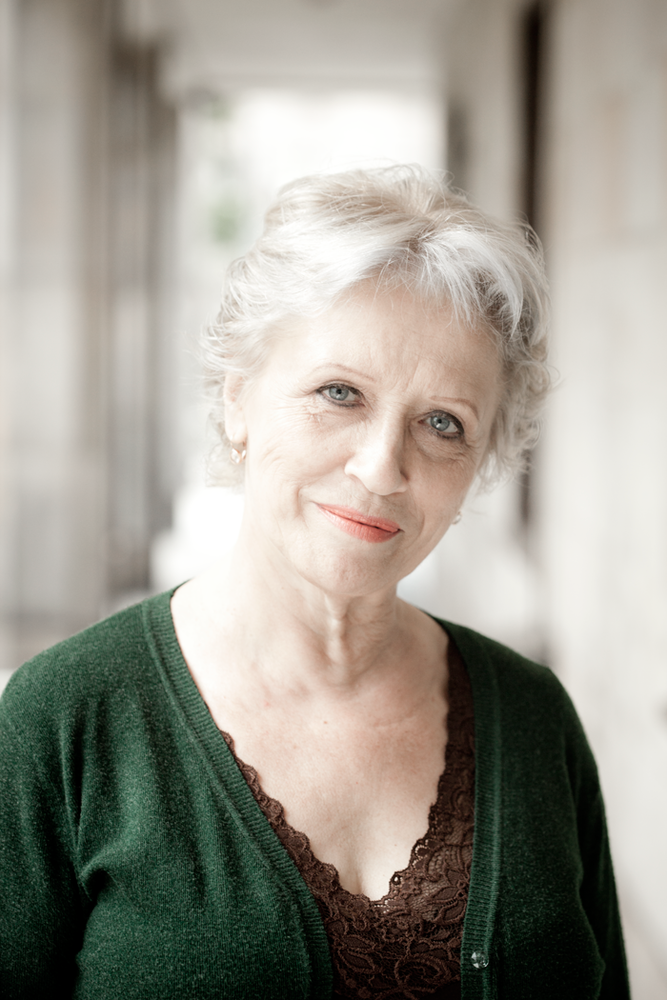 Joanna Cortes studied vocal performance at the Academy of Music in Wrocław, Poland (1980), in Germany and Italy (Accademia Chigiana). She made her debut at the Wrocław Opera, singing Tatyana in Eugene Onegin. Subsequently, she was a soloist of the Grand Theatre in Łódź and the Poznań Opera House, and a collaborator of the Roma Music Theatre in Warsaw. She sang: Butterfly in Puccini’s Madama Butterfly, Élisabeth de Valois in Verdi’s Don Carlos, Mother Joanna in Penderecki’s The Devils of Loudun, Roxana in Szymanowski’s King Roger, Marguerite in Gounod’s Faust, Santuzza in Mascagni’s Cavalleria rusticana.

Since 1992 Joanna Cortes has been a soloits of the Teatr Wielki – Polish National Opera, where she sang roles such as Lady Macbeth in Verdi’s Macbeth, Strauss’s Salome, Puccini’s Tosca, Moniuszko’s Halka, Giordan’s Fedora, Bizet’s Carmen, Abigaille in Verdi’s Nabucco, Adalgiza in Bellini’s Norma, Zyglinda in Wagner’s The Valkyrie, and Pile in Penderecki’s Ubu Rex. She appeared in Mariusz Treliński’s production of Giordan’s Andrei Chénier as Countess, Tchaikovsky’s Onegin as Larina, Tchaikovsky’s The Queen of Spades as Countess, and Verdi’s La Traviata Flora Bervoix.

Her Abigaille was named the most interesting achievement of the  1987/1988 season. Her Carmen was named the best female creation of the 1991/92 season and honoured with the Goldern Mask (Złota Maska) Award by Łódź-based theatre critics. She sang Tosca under Anton Coppola at New York’s National Grand Opera (1990). She performed alongside Placido Domingo (a duet from Carmen) during the famous concert Serce dla Serc (A Heart for Hearts) organised by Poland’s visionary cardiac surgeon Professor Zbigniew Religa in Zabrze, Poland (1992). She worked with Krzysztof Penderecki (Dies Irae, Polish Requiem, Te Deum, The Devils of Loudun). She performed in the world premiere of Mikis Theodorakis opera Elektra (Luxemburg 1995) and Zygmunt Krauze’s Yvonne, the Princess of Burgundy (Paris 2004). Her appearance in Tosca (1992) at the National Grand Opera garnered critical acclaim. She also collaborates with the Baltic Opera in Gdańsk.

She performs at home and abroad. Her concerts and meetings with the audience are both well-loved by the public. Her original recital Lili Marleen, featuring Marlena Dietrich’s songs and performed with pianist Mariusz Rutkowski, is a great success with audiences.

A prize-winning singer, Joanna Cortes received the prestigious Silver Ring (Srebrny Pierścień) Award in the 1987/1988 season for Abigaille (Nabucco) and Golden Mask (Złota Maska) for Carmen (Grand Theatre, Łódź). Ms Cortes was honoured with the Gloria Artis Medal for Merit to Culure by the Minister of Culture and National Heritage of Poland.