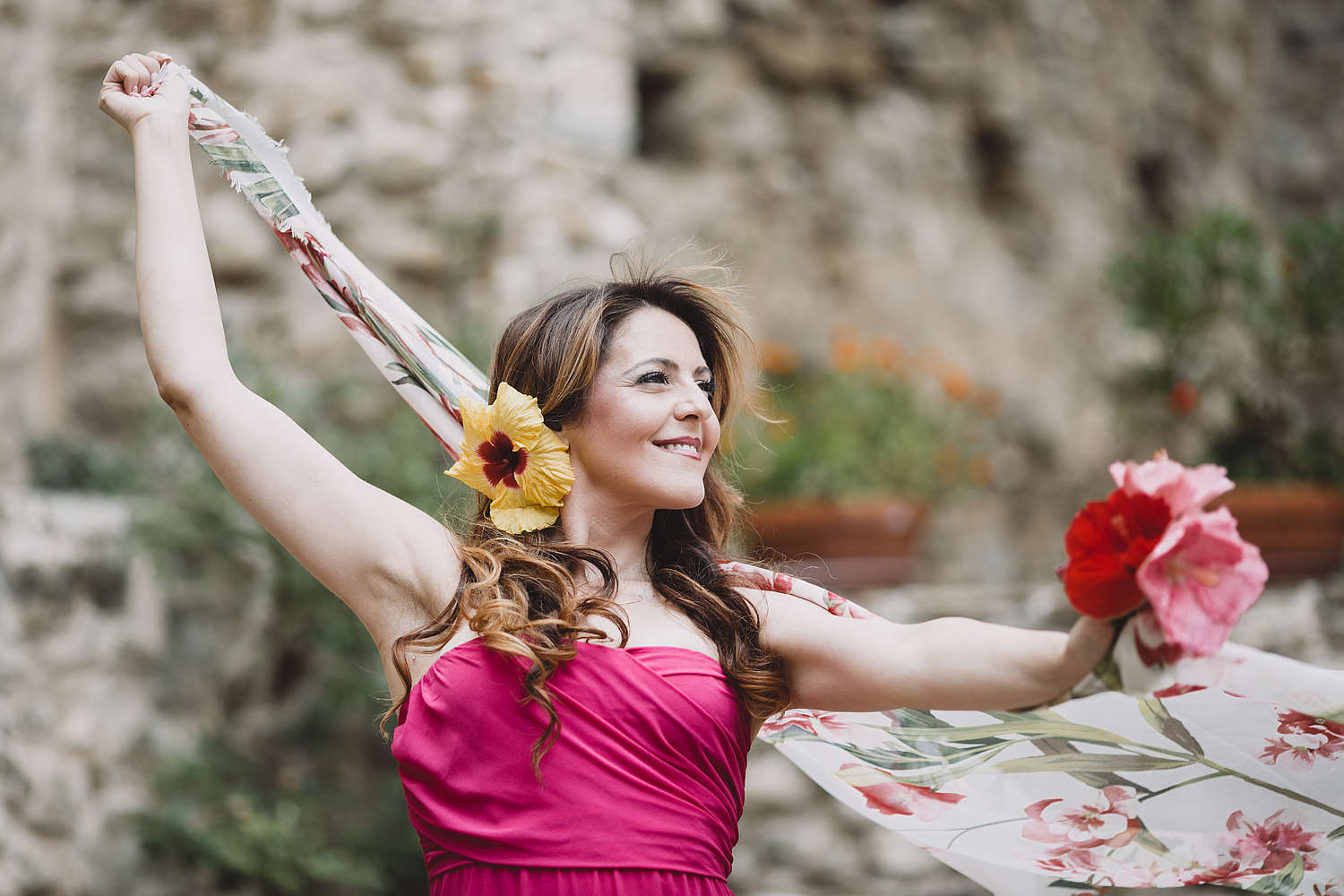 Maria Agresta made her debut in 2007. Her success came after a few years, in 2011, when she performed I vespri siciliani at Teatro Regio in Turin conducted by Gianandrea Noseda, with great reviews from public and critics. Since then, she has been invited to sing on the most important stages worldwide.

Highlights include Norma in Tel Aviv, La Bohème (Mimì) at Arena di Verona, in Munich, at San Carlo in Naples, at Teatro Regio in Turin and at Festival Puccini in Torre del Lago, Gemma di Vergy at Teatro Donizetti in Bergamo, Elvira in Don Giovanni at La Scala.

She then sang Il Trovatore in Valencia conduted by M° Zubin Mehta, Carmen in Masada and La Traviata at Berlin Staatsoper.

In 2012 she returned to La Scala with La Bohème, where she obtained a big personal success.

She was highly praised for her performance in the concert version of Giovanna d’Arco at Musikverein in Graz with ORT and she sang Simon Boccanegra in Rome with M° Muti, I Masnadieri and La Bohème in Venice, Verdi’s Messa da Requiem at San Carlo in Naples with M° Luisotti and at Staatsoper in Berlin conducted by M° Baremboim, Oberto Conte di San Bonifacio at La Scala, Otello in Valencia with M° Mehta, La Vestale in Dresden.

She performed La Traviata at Arena di Verona and in Guangzhou, Otello in Zurich and Genoa, a new production of I Puritani at Opéra Bastille in Paris, Il Trovatore at La Scala, La Bohème in Tel Aviv and at Opéra Bastille, Simon Boccanegra (new production) in Dresden conducted by M° Thielemann, the debut at the Royal Opera House, with I due Foscari, conducted by Antonio Pappano.

Ms Agresta is a winner of several music competitions. She has won the important Franco Abbiati Prize in 2014: she was named Best Soprano by Italian national critics.