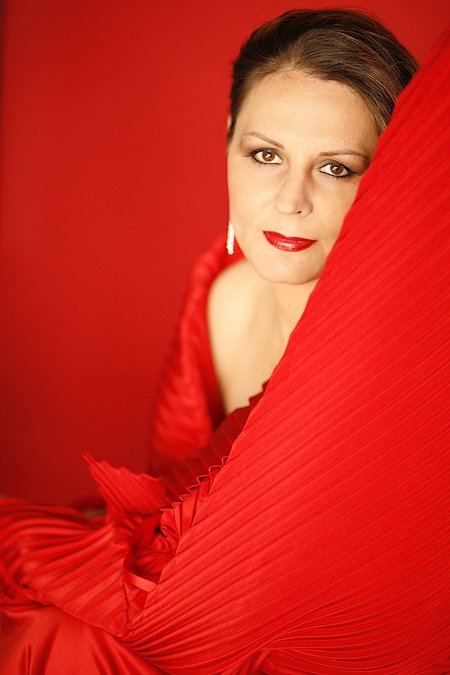 Melanie Diener made her debut in 1996 at the Garsington Opera Festival as Ilia in Idomeneo. In 1997 she made her debut with the same role at the Bavarian State Opera in Munich. She had her international breakthrough with the part of Fiordiligi in Cosi fan tutte and Donna Elvira in Don Giovanni (New York, London, Paris, Salzburg Festival). She made her debut as Vitellia in La Clemenza di Tito with James Levine at the MET. Melanie Diener still sings Elettra in Mozart’s Idomeneo.

Her successful debut in Lohengrin at the Bayreuth Festival was followed by invitations as Elsa to Covent Garden, Munich, Dresden, Tokyo, and Zurich. Melanie Diener also appears successfully in operas of Richard Strauss: as Daphne in Vienna, Ariadne in Garmisch-Partenkirchen, Chrysothemis in Monte Carlo, Vienna and Zurich, and Marschallin in Berlin and Hamburg.

In 2013 she gave her debut as Isolde at the Canadian Opera Company in Toronto, which was celebrated by the press as well as the audience. Her most recent engagements include Elisabeth in Tannhäuser under Gustavo Dudamel in Bogotá, Isolde in Strasbourg and Marschallin in Moscow, Helsinki and Mannheim as well as the world premiere of Reigen by Philippe Boemans in Stuttgart.

In the near future she will reprise the role of Isolde at the Teatr Wielki – Polish National Opera in Warsaw, Marschallin at the Bolshoi in Moscow as well as a concert performance of Ariadne auf Naxos (Ariadne), also in Moscow. As a concert performer Melanie Diener has appeared with outstanding orchestras all over Europe and in the USA (Philadelphia, Cleveland, Boston, New York).