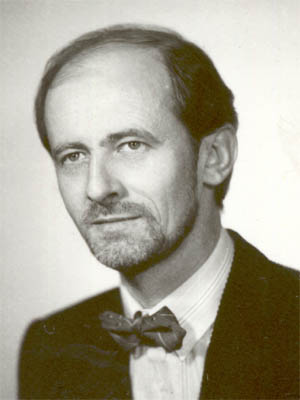 Theatrologist, ballet critic, librettist and publisher. A graduate of the language studies department of Warsaw University, specialization – theatre studies. He debuted while still a student, in the periodical Ruch Muzyczny and the daily Życie Warszawy, subsequently becoming the latter newspaper’s feature writer on culture, focusing for many years on ballet and theatre topics. He published texts in theatre programmes and various periodicals. He was the Polish correspondent of the monthlies Dance Magazine (USA) and Ballett International (Germany). He wrote the entries on ballet for the PWM Encyclopaedia of Music, the Polish biographical dictionary, and the International Encyclopedia of Dance published in the United States (Oxford Univesity Press, 1998).

As a critic, his special passion was writing to inspire the Polish ballet scene. He wanted to stimulate and improve the standard and importance of ballet art in Poland, fighting against the stereotypes present in Polish ballet and popularising its achievements. He was a supporter of autonomy for Polish ballet, of making it independent of opera theatre, as was the case with national ballets in Western countries. He supported the establishment of the Polish Dance Theatre in Poznań, the idea of national dance and choreography competitions, and the activity of Poland’s leading ballet promoters and dancers. He fought effectively for Polish ballet’s cooperation with leading foreign choreographers, which breathed more life into the art, and also for Polish choreographic debuts.

He founded and was editor-in-chief of Poland’s first ballet magazine, Taniec, initially published by the Polish Dance Theatre in Poznań, and then by the Teatr Wielki in Warsaw. He was a consultant for the Łódź Ballet Meetings and the initiator of a Polish ballet award – the Woizikowski Medal, presented every year by the Polish Dance Theatre to an outstanding dancer of the younger generation. As a member of the International Theatre Institute (ITI), he promoted International Dance Day which has been celebrated all over the world since 1984.

He inspired the nation-wide celebration of the 200th anniversary of Polish ballet in 1985, and was the programme consultant for Warsaw’s Teatr Wielki in connection with this jubilee. At the time, he initiated a number of significant ballet premieres, guest performances by renowned foreign ballet companies as well as the restoration of the gravestone of the father of Polish ballet, the French ballet master François Gabriel Le Doux (1755-1823), in the catacombs of Powązki Cemetery. This cooperation with the Teatr Wielki resulted in director Robert Satanowski’s proposal that he continue as a dramatist and ballet advisor. The annual Warsaw Ballet Days held at the time were his idea, and in 1989 he was the initiator of the nation-wide celebration of the 100th anniversary of Vaslav Nijinsky’s birth.

In 1992, he was appointed the Teatr Wielki – Polish National Opera’s literary manager (dramaturg), and made a final break with Życie Warszawy. He remained in this post until the end of March 2009, developing the Teatr Wielki’s great publishing tradition, and attaching great importance to popularising the long-time achievements of the Warsaw opera house and ballet company. He has developed a highly valued model of theatre programmes, setting these publications on a par with those of the world’s leading opera houses.

He has received numerous special medals from the Polish Ministry of Culture and Art, the Pagart Polish Artistic Agency, and the Łódź Ballet Meetings. He is a recipient of the Diaghilev, Nijinsky, Bogusławski, Chopin, and Szymanowski medals as well as the Medal of the 200th anniversary of Polish Ballet. He was presented with a Silver Cross of Merit in 1986, a Cavalier’s Cross of the Polonia Restituta Order in 2005, and the Gloria Artis Bronze Medal in 2013.

On April 1st, 2009 the general director of the Teatr Wielki, Waldemar Dąbrowski, appointed Paweł Chynowski his representative for ballet. Upon his appointment Chynowski became the partner and deputy of the ballet company’s new director, Krzysztof Pastor, working with him on the programme and organization of the Polish National Ballet at the Teatr Wielki.