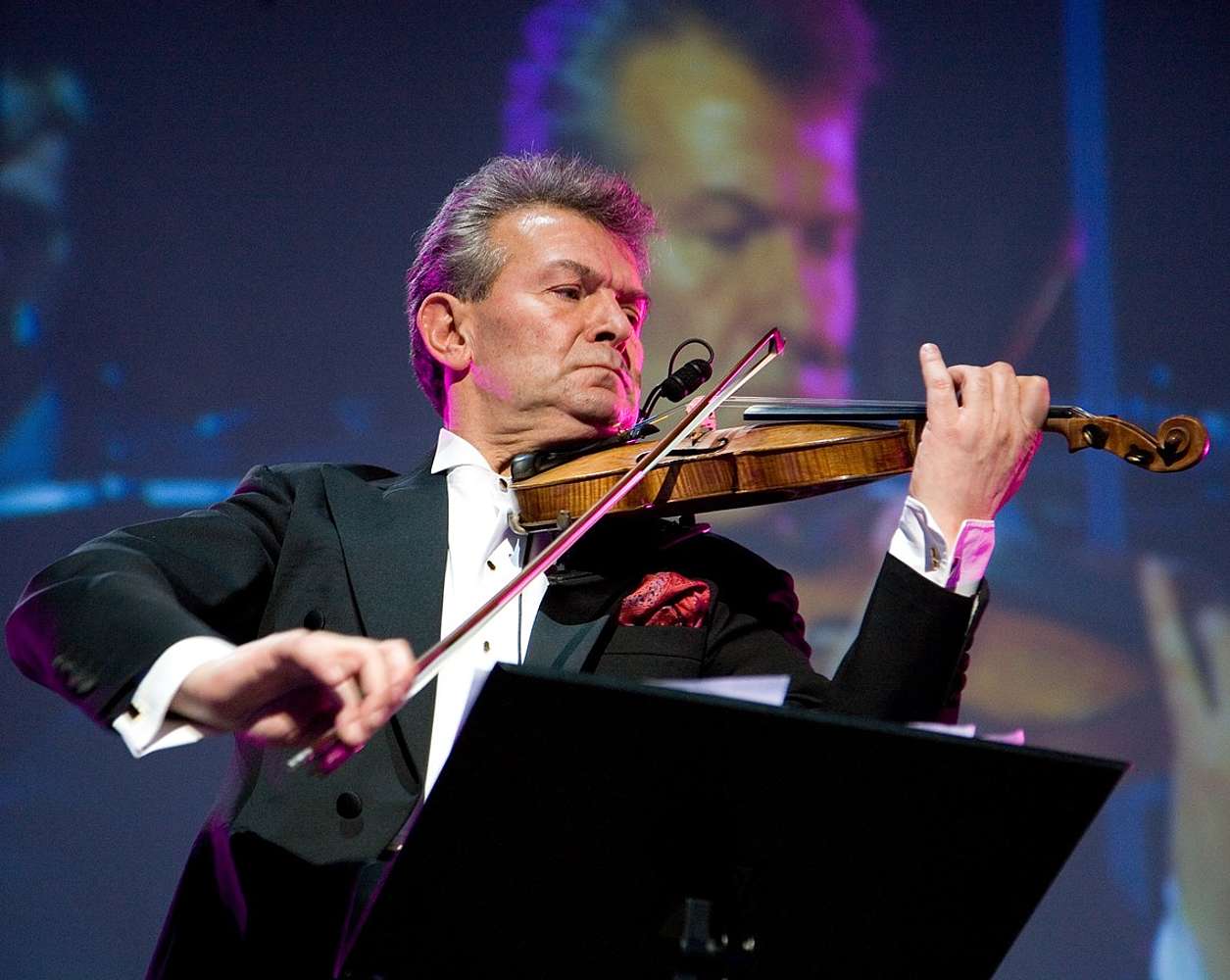 Born in Kiev, Vadim Brodski performed as soloist with the Kiev Philharmonic Orchestra at the age of 11, playing a concerto by Dmitry Kabalevsky under the composer’s baton.

A student of Olga Parchomienko and David Ojstrach, he won first prizes in all the international violin competition he had entered: the Wieniawski (Poland, 1977), the Paganini (Italy, 1984), and the Tibor Varga (Switzerland, 1984). After the success at the Wieniawski competition, he toured Europe’s best concert venues. Unfortunately, the Soviet authorities banned the young violinist from travelling abroad. In 1981 he moved to Poland.

After his New York debut at the Y-Hall in 1982, Vadim Brodski signed a contract with the Musical Heritage Society and proceeded to record violin concertos by Brahms, Bartók, Paganini, Tchaikovsky, Wieniawski, Saint-Saëns, and Sibelius as well as Eugène Ysaÿe’a 6 Sonatas For Violin Solo for the label.

Mr Brodski often performs on the Polish TV and enjoys playing a lighter repertoire. His discography includes albums such as: The Beatles, Bolling – Vilensky – Brodski Jazz Quartet, and Scott Joplin Ragtimes. He also acted in a the comedy film To ja złodziej (It’s Me, the Thief) and the TV series God’s Little Village directed by Jacek Bromski.

He works as an educator. He teaches violin at the Academy of Music in Bydgoszcz.

He is one of very few violinists in history who have had the honour of playing on the legendary Guarneri del Gesù violin once owned by Niccolò Paganini. He performed on the instrument during a tour of Italy with Simfonica di Savona in 1998. He plays a 1747 Gennaro Gagliano violin.